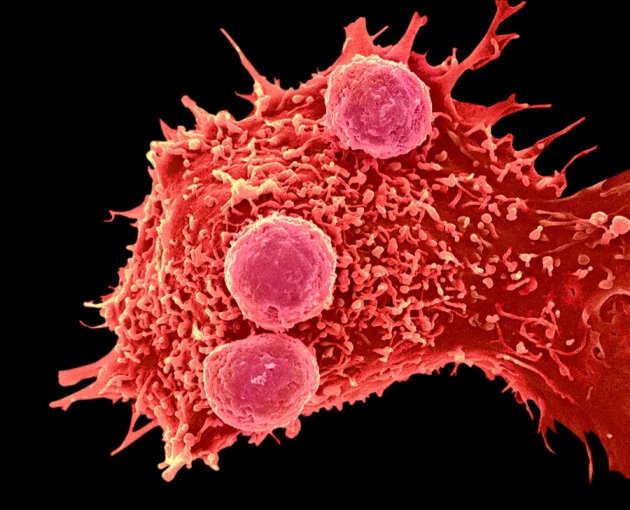 Gene-editing could improve the ability of immune cells to attack cancer.

A Chinese group has become the first to inject a person with cells that contain genes edited using the revolutionary CRISPR–Cas9 technique.

On 28 October, a team led by oncologist Lu You at Sichuan University in Chengdu delivered the modified cells into a patient with aggressive lung cancer as part of a clinical trial at the West China Hospital, also in Chengdu.

Earlier clinical trials using cells edited with a different technique have excited clinicians. The introduction of CRISPR, which is simpler and more efficient than other techniques, will probably accelerate the race to get gene-edited cells into the clinic across the world, says Carl June, who specializes in immunotherapy at the University of Pennsylvania in Philadelphia and led one of the earlier studies.

First CRISPR clinical trial gets green light from US panel

"I think this is going to trigger ‘Sputnik 2.0’, a biomedical duel on progress between China and the United States, which is important since competition usually improves the end product,” he says.

June is the scientific adviser for a planned US trial that will use CRISPR to target three genes in participants’ cells, with the goal of treating various cancers. He expects the trial to start in early 2017. And in March 2017, a group at Peking University in Beijing hopes to start three clinical trials using CRISPR against bladder, prostate and renal-cell cancers. Those trials do not yet have approval or funding.

Lu’s trial received ethical approval from a hospital review board in July. Injections into participants were supposed to begin in August but the date was pushed back, Lu says, because culturing and amplifying the cells took longer than expected and then the team ran into China’s October holidays.

The researchers removed immune cells from the recipient’s blood and then disabled a gene in them using CRISPR–Cas9, which combines a DNA-cutting enzyme with a molecular guide that can be programmed to tell the enzyme precisely where to cut. The disabled gene codes for the protein PD-1, which normally puts the brakes on a cell’s immune response: cancers take advantage of that function to proliferate.

Lu’s team then cultured the edited cells, increasing their number, and injected them back into the patient, who has metastatic non-small-cell lung cancer. The hope is that, without PD-1, the edited cells will attack and defeat the cancer.

Lu says that the treatment went smoothly, and that the participant will get a second injection, but declined to give details because of patient confidentiality. The team plans to treat a total of ten people, who will each receive either two, three or four injections. It is primarily a safety trial, and participants will be monitored for six months to determine whether the injections are causing serious adverse effects. Lu’s team will also watch them beyond that time to see if they seem to be benefiting from the treatment.

Other oncologists are excited about CRISPR’s entry onto the cancer scene. “The technology to be able to do this is incredible,” says Naiyer Rizvi of Columbia University Medical Center in New York City. Antonio Russo of Palermo University in Italy notes that antibodies that neutralize PD-1 have successfully put lung cancer in check, boding well for a CRISPR-enabled attack on the protein. “It’s an exciting strategy,” he says. “The rationale is strong.”

But Rizvi questions whether this particular trial will succeed. The process of extracting, genetically modifying and multiplying cells is “a huge undertaking and not very scalable”, he says. “Unless it shows a large gain in efficacy, it will be hard to justify moving forward.” He doubts it will be superior to the use of antibodies, which can be expanded to unlimited quantities in the clinic. Lu says that this question is being evaluated in the trial, but that it’s too early to say which approach is better.