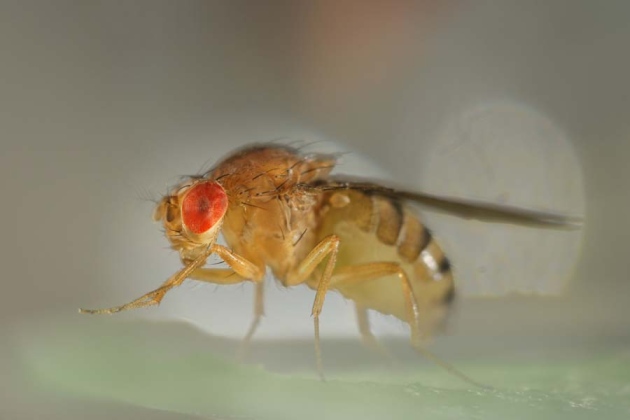 Molecules that help cells do their house cleaning chores can prolong the lives of fruitflies.

But at least their memory deficits can be reversed by eating a diet rich in polyamines, according to a study published online today1 in Nature Neuroscience.

“There’s a great need for cognitive enhancers to keep us healthy into old age — now polyamines are offering a new approach,” says learning and memory specialist Ronald Davis at the Scripps Research Institute Florida in Jupiter, who was not involved in the study. “There are reasons for optimism that this fly work will translate into human.”

Polyamines — which include the graphically named putrescine, cadaverine and spermidine — are small molecules that are essential for cells to survive and grow. But their cellular levels decline with age.

Some foods that are popularly considered to have health benefits — such as wheatgerm and fermented soya beans — contain high levels of polyamines. Japanese scientists have shown that natto, a fermented soya-bean product, raises the level of polyamines in the blood in humans2.

But there is a long way to go before anyone can say that polyamines can help to stave off memory decline in ageing people, cautions Stephan Sigrist of the Free University of Berlin, one of the study's principal investigators. “Still, the polyamine system does offer a new target for those interested in developing therapies.”

Other scientists had already shown that feeding polyamines to fruitflies, as well as worms or yeast, increases the organisms' lifespan3. It seems to do so by reversing the age-related decline in autophagy — a mechanism that cells use to clear themselves of debris. Longevity in fruitflies can also be increased by promoting autophagy4, either by genetic techniques or by restricting calorie intake5. But neither tactic had been clearly proven to be effective against age-related memory decline.

So the study’s scientists didn’t know exactly what to expect when they began their two-year polyamine study, says Sigrist. “Still,” he says, “we reasoned that spermidine is a natural and potent inducer of autophagy through a novel mechanism, so it might just affect memory decline.”

The team trained their flies to associate a particular odour with a mild electric shock. Youthful flies quickly learn to avoid the odour and remember to avoid it for many hours. Older flies learn more slowly. But when the researchers fed the older flies a polyamine-rich diet, the insects' polyamine levels were restored to youthful levels — and the age difference in learning and memory was nearly wiped out.

“We were very impressed with how strong the effect was,” says Sigrist. “But that also made us a bit nervous.”

To be sure that the effect was real, Sigrist asked other researchers in his lab to independently repeat the experiments in a double-blind fashion. The team also threw in a second approach: instead of feeding polyamines to the insects, they cranked up the activity of an enzyme that manufactures these molecules in cells. In each case, they got the same result.

In other experiments, the scientists showed that the effect on memory was specific, and was not a general consequence of the flies becoming healthier as a result of the diet. They also showed that the mechanism was independent of that promoting extension of life.

The researchers are now starting studies to see whether a polyamine-rich diet has a similar effect in mice and humans.