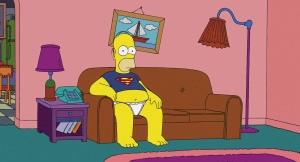 Researchers have identified a biological pathway previously unknown to have a role in male pattern hair loss.

The study “is likely to lead to new hair growth products based on prostaglandin biology,” says Anthony Oro, an epithelial biologist at Stanford University in California, who was not involved in the study.

Male pattern baldness, or androgenetic alopecia (AGA), affects around 80% of men at some point in their lives. Only one predisposing factor — a mutation in a testosterone receptor — has been identified, and it is found in only a minority of men with AGA. Other causes are largely unknown, and present treatments were discovered serendipitously — finasteride (Propecia) was originally prescribed for prostate enlargement, and minoxidil (Rogaine) for hypertension. Their molecular mechanisms are unclear.

To look for other factors involved in AGA, researchers led by George Cotsarelis, a dermatologist at the University of Pennsylvania in Philadelphia, examined gene expression in balding and non-balding scalp tissue from five men with AGA. They found that PGD2 was more abundant in the balding scalp tissue, as was prostaglandin D2 synthase, which catalyses PGD2.

The authors also found that, in mice, PGD2 expression peaks during the hair-growth cycle stage in which the follicle begins regressing. Cultured human follicles and mice treated with PGD2 also had hair growth inhibited.

The researchers also report that inhibition of hair growth by PGD2 requires a molecule called G-protein-coupled-receptor-44 (GPR44). GPR44 is thought to be important in allergic diseases, including asthma, and several companies are already testing drugs that block GPR44 in clinical trials to treat these diseases2.

“I would imagine that you could use one of those drugs topically to inhibit the GPR44 receptor”, which would in turn limit PDG2 inhibition of hair growth, Cotsarelis says.

The finding fits with previous work suggesting a role for other prostaglandins in hair growth. The eyelash-growth enhancer latanoprost is an analogue of prostaglandin F2-alpha3, and prostaglandin E2 has been shown to promote hair growth in mice4. Cotsarelis suggests that different prostaglandins may balance each other, with some promoting growth and some — such as PDG2 — inhibiting it.

This complex balance means that “care will have to be taken to get the specific effect seen in this study,” Oro cautions.

Cotsarelis says that it's not yet clear whether the results will apply to female pattern hair loss, which is less common than male baldness but affects around 30 million women in the United States.

It's also not known whether a treatment that inhibits PGD2 could restore hair to skin that's already bald, Cotsarelis says, but he hopes that it might. In 2011, he and his team showed that hair-follicle stem cells are still intact in balding skin, but that their proliferation is inhibited5. If PGD2 is the inhibitor, then blocking it may allow stem cells to proliferate and give rise to new follicles. “Whether the follicle will be as big as before, it's hard to know,” he says.