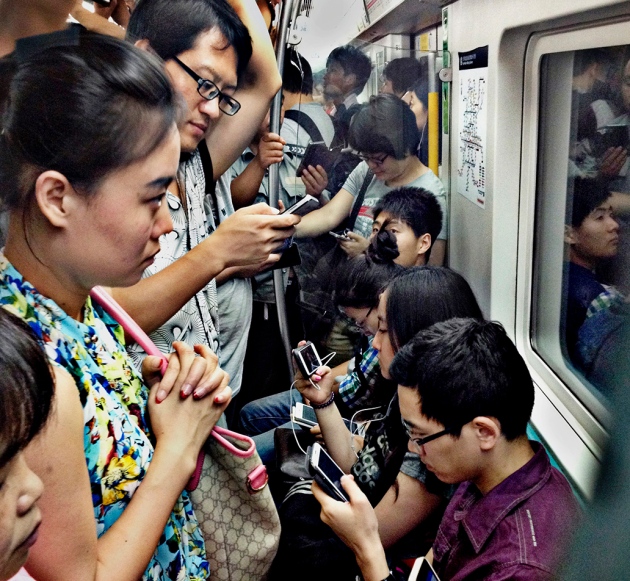 Formidable capacity in genome sequencing, access to millions of patients and the promise of solid governmental support: those are the assets that China hopes to bring to the nascent field of precision medicine, which uses genomic, physiological and other data to tailor treatments to individuals.

Almost exactly one year after US President Barack Obama announced the Precision Medicine Initiative, China is finalizing plans for its own, much larger project. But as universities and sequencing companies line up to gather and analyse the data, some observers worry that problems with the nation’s health-care infrastructure — in particular a dearth of doctors — threaten the effort’s ultimate goal of improving patient care.

Precision medicine harnesses huge amounts of clinical data, from genome sequences to health records, to determine how drugs affect people in different ways. By enabling physicians to target drugs only to those who will benefit, such knowledge can cut waste, improve health outcomes using existing treatments, and inform drug development. For example, it is now clear that individuals with a certain mutation (which is mostly found in Asian people) respond better to the lung-cancer drug Tarceva (erlotinib; W. Pao et al. Proc. Natl Acad. Sci. USA 101, 13306–13311; 2004), and the discovery of a mutation that causes 4% of US cystic fibrosis cases led to the development of the drug Kalydeco (ivacaftor).

The Chinese government is expected to officially announce the initiative after it approves its next five-year plan in March. Just how much the effort will cost is unclear — but it will almost certainly be larger and more expensive than the US$215-million US initiative.

Since last spring, Chinese media has been abuzz with estimates of a 60-billion yuan (US$9.2-billion) budget, spread over 15 years. But this figure is not finalized, cautions Zhan Qimin, director of the State Key Laboratory of Molecular Oncology at Peking Union Medical College in Beijing, who is involved in the initiative. He says that the effort will consist of hundreds of separate projects to sequence genomes and gather clinical data, with support for each ranging from tens of millions of yuan to more than 100 million yuan.

Anticipating the initiative, leading institutes — including Tsinghua University, Fudan University and the Chinese Academy of Medical Sciences — are scrambling to set up precision-medicine centres. Sichuan University’s West China Hospital, for instance, plans to sequence 1 million human genomes itself — the same goal as the entire US initiative. The hospital will focus on ten diseases, starting with lung cancer.

Both the US and the Chinese efforts will focus on genetic links to diseases that are particularly deadly, such as cancer and heart disease. But China will target specific cancers, such as stomach and liver cancer, which are common there.

The Chinese initiative is part of a series of research-funding efforts that will replace two major grant programmes, known as 863 and 973, that are due to be phased out by 2017. The new programmes will be “more organized, more efficient”, says Zhan.

Genome-sequencing companies are already vying to provide services to deal with the anticipated demand. For several years, China has boasted high genome-sequencing capacity. In 2010, the genomics institute BGI in Shenzhen was estimated to host more sequencing capacity than the entire United States. This was thanks to its equipment, purchased from Illumina of San Diego, California, which at the time represented state-of-the-art technology. But Illumina has since sold upgraded machines to at least three other genomics firms — WuXi PharmaTech and Cloud Health, both in Shanghai, and the Beijing-based firm Novogene.

Jason Gang Jin, co-founder and chief executive of Cloud Health, says that this trio, rather than BGI, will be the main sequencing support for China’s precision-medicine initiative — although BGI’s director of research, Xu Xun, disagrees. Xu says that precision medicine is a priority for BGI and that the organization has a diverse portfolio of sequencers that still gives it an edge. “If you are talking about real data output, BGI is still leading in China, maybe even globally,” he says. BGI has already established a collaboration with the Zhongshan Hospital’s Center for Clinical Precision Medicine in Shanghai, which opened in May 2015 with a budget of 100 million yuan and is run by Fudan University.

Regardless of the details, Jin thinks that China will be faster than the United States at sequencing genomes and identifying mutations that are relevant to personalized medicine because China’s larger populations of patients for each disease will make it easier to find sufficient numbers to study.

Still, it remains to be seen whether China has the resources to apply these insights to the individualized care of patients. “China wants to do it, and everybody is very excited,” says Ta Jen Liu, project director at the MD Anderson Cancer Center in Houston, Texas, who helps to establish collaborations in China and is familiar with the precision-medicine scene there.

But there are hurdles. He notes that Chinese researchers and pharmaceutical companies have not had much success in developing drugs so far; that the pathologists needed to diagnose specific diseases are scarce in China; and that physicians there are notoriously overworked. “Doctors are always overwhelmed with patients, seeing 60 or 70 a day,” he says. “They don’t have time to sit down and think about what is best for specific patients.”

David Weitz, a physicist at Harvard University who is starting a company in Beijing to develop diagnostic instruments for use in precision medicine, agrees that there will be obstacles, but notes the initiative’s assets. “We need lots of data to validate ideas, to validate tests,” he says. “There’s lots of data here.”

He thinks that this, combined with the Chinese government’s determination to succeed, will mean that the effort will ultimately win out. “They really seem devoted to meeting the needs of the society,” he says. “It’s an exciting thing, to try to help that many people.”