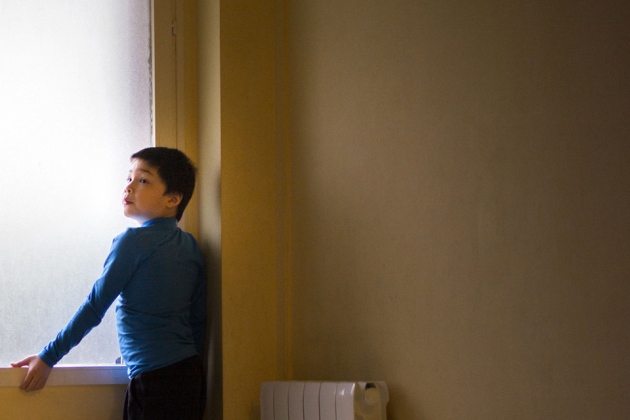 Many more boys than girls are diagnosed with autism, for both social and biological reasons.

Cells that prune connections between neurons in babies’ brains as they grow are thought to have a role in autism spectrum disorder. Now, a study suggests that the number and behaviour of these cells — called microglia — vary in boys and girls, a finding that could help to explain why many more boys are diagnosed with autism and related disorders.

Donna Werling, a neurogeneticist at the University of California, San Francisco, and her colleagues found that genes associated with microglia are more active in male brains than in female brains in the months before birth. “This suggests there is something fundamentally different about male and female brain development,” she says.

The research, to be presented on 13 May at the International Meeting for Autism Research in San Francisco, California, is still preliminary. Very little is known about how microglial trimming behaviour affects brain development. But the study by Werling’s team “is the kind of work that makes you say ‘Wow, this is really interesting, and we should take it seriously’”, says Kevin Pelphrey, a neuroscientist at George Washington University in Washington DC.

There are two to five times many males with autism as females. Although the disorder — whose cause remains elusive — is widely acknowledged to be underdiagnosed in girls, psychiatrists agree that there is a significant disparity between the numbers of male and female cases. It suggests that biological differences between the sexes are involved.

Werling set out to find the biological reason why males have higher rates of autism than females. To do so, she and her colleagues examined how gene expression in brain tissue varied between men and women. Their initial prediction was that genes previously linked to autism would be expressed at higher levels in the men. But the team found no clear pattern of autism gene expression that separated men from women. However, genes that cause microglia to develop, or are turned on by the cells, were more active in the men1.

In subsequent analyses, she and other researchers grouped the brain samples by age and found that the biggest difference in microglial gene expression between males and females occurs in the months before birth. Meanwhile, some of her colleagues were part of a group that reported last year in Nature that genes associated with microglia were expressed at higher levels in brain samples from people with autism than in people without the condition2.

Taken together, these results suggest to Werling that the higher activity of microglia in baby boys before birth makes them more sensitive to genes that have been associated with autism. Another possibility, she says, is that girls’ less-active microglia may protect them from the effects of those genes.

One way to think about this, she says, is to picture a Venn diagram in which one circle includes biological aspects of the brain that differ by sex, and the other includes aspects of the brain that differ between people with and without autism. “We think the biology that leads to a different risk of autism for males and females lives in that region of overlap,” she says.

Previous studies have also found signs that microglia could affect autism. In 2010, researchers reported in Biological Psychiatry that out of 13 brain samples from people with autism, 9 had microglial cells that were unusually large, dense or active, or stood out in other ways3. And in 2014, another team reported in Nature Neuroscience that mice that had low numbers of microglia early in life displayed behaviours reminiscent of autism, such as reluctance to interact with other mice4.

Werling and her colleagues’ most recent work fits with other studies that suggest that changes in the autistic brain are likely to occur before birth, says Simon Baron-Cohen, director of the Autism Research Centre in Cambridge, UK. Baron-Cohen, whose work has linked high levels of fetal testosterone to autism, suggests that future studies explore how testosterone and other sex hormones may operate through microglia to shape the developing brain.

Even once the biological roots of autism are exposed, it could be years before scientists unravel how these translate into the varied symptoms of the disorder, such as delayed speech and a preoccupation with certain topics. Still, “if we really understood what microglia were doing in the developing brain, we might be able to more fully understand how this particular cell type is involved in autism risk,” Werling says, “with the end goal of developing therapeutics that target this specific slice of biology.”

The original version of the story mis-identified Kevin Pelphrey's employer. He is a neuroscientist at George Washington University in Washington DC, not Yale University School of Medicine in New Haven, Connecticut.