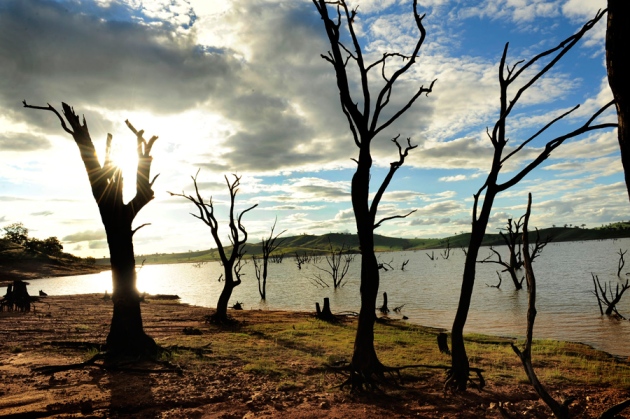 Parts of the Murray-Darling basin have already been devastated by drought.

A contentious plan to reduce the amount of water that can be taken from the rivers in Australia’s Murray–Darling Basin would reap billions of dollars in ecological benefits, say researchers. However, the plan is still likely to fail to address all of the region’s environmental problems, they add.

The Murray–Darling Basin makes up more than 14% of Australia’s total area (see map), and generates almost 40% of the nation’s agricultural income. But the extraction of too much water from the basin’s rivers has triggered increases in the salinity of water, algal blooms and damage to important wetlands, eucalyptus forests and wildlife.

To address these problems, the government agency in charge of the proposed plan — the Murray–Darling Basin Authority — has proposed limiting surface water use in the basin to 10,873 gigalitres per year. This would require a reduction of 2,750 gigalitres compared with 2009 levels of water use.

It is a proposal that has divided public opinion, with many environmentalists worrying that the plan does too little to protect the environment, and farmers expressing their anger about the potential damage to agriculture. A 20-week public consultation period on the plan ends on 16 April.

A flood of benefits

In this context, a report published last month by Australia's science body, the Commonwealth Scientific and Industrial Research Organisation (CSIRO), tries to quantify what the ecological and economic benefits would be if the plan goes ahead in its current form. 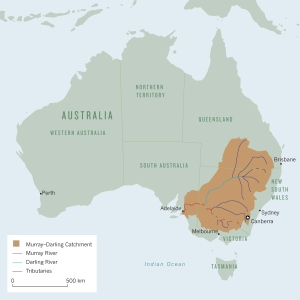 Led by geographer Ian Prosser, who is science director of the CSIRO Flagship research programme Water for a Healthy Country, a group of hydrologists, ecologists, economists and other scientists analysed how the plan would affect water flow and ecosystem services in the basin. They then attempted to put an economic value on the results.

Combining the direct economic benefits of things such as better water quality with figures based on surveys of people’s willingness to pay for healthier environments, the researchers calculated the plan’s benefits to be between Aus$3 billion and $8 billion in 2010 dollars. However, the real value is certain to be significantly higher, because not all environmental benefits could be given a monetary value, Prosser notes.

Prosser told Nature that he hoped the report’s findings would balance the public debate over the plan, which has been dominated by concerns about the costs to agriculture. “There was not a lot of information about what the benefits would be to the environment,” he says. “It was lopsided.”

“We found that there would be substantial ecological benefits,” he notes. The largest benefits would come to the Murray River, including the downstream Lower Lakes and Coorong regions, in the form of increased tourism and improved water quality, for example. The plan would mean fewer blooms of blue-green algae and less risk of acidification of the Lower Lakes.

Despite this, some forest communities in the drier woodland parts of the floodplain would probably remain vulnerable, Prosser says. “We found that [a reduction of] 2,800 gigalitres a year does not meet all environmental targets.”

Mike Young, an environmental economist at the University of Adelaide, South Australia, welcomed the report. “I think it’s very important that we try to do a proper cost–benefit analysis,” he says.

Too little too late?

But the analysis has arrived too late in the process to sway public opinion, Young says. “I think it is outrageously late. It is almost unfair for people to have this information come out at this stage when many have already made up their minds.”

Australia's National Irrigators Council, meanwhile, questioned the science behind the work. “Basically the authors themselves have admitted that the methodology and actually coming up with a figure for cost–benefit of the environment is next to impossible,” Tom Chesson, the council’s chief executive, told Australia’s ABC News.

Prosser disagrees, saying that putting a monetary value on the benefits was a complex job, but not impossible. “We made sure it was a dispassionate analysis, so we have probably underestimated the benefits. There are equal uncertainties in the costs.”

A spokeswoman for the Murray–Darling Basin Authority says that the CSIRO report will be “valuable input” for the next stage of the plan’s development.

The draft plan will now be submitted to the Australian government's legislative forum on the Murray–Darling Basin, which is made up of federal and state ministers. Subject to their response, it will go to the federal environment minister for approval. Only when he is satisfied will the plan be presented to Parliament.The plan is scheduled for full implementation in 2019.