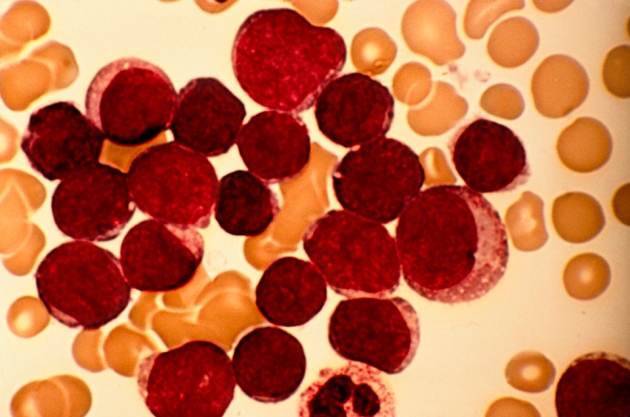 The proliferation of blood cells in leukaemia is just one example of unchecked tissue growth associated with cancer — but the extent to which external and internal factors drive this process is open to debate.

Most cases of cancer result from avoidable factors such as toxic chemicals and radiation, contends a study published online in Nature on 16 December (S. Wu et al. Nature http://dx.doi.org/10.1038/nature16166; 2015). The paper attempts to rebut an argument that arose early this year, when a report in Science concluded that differences in inherent cellular processes are the chief reason that some tissues become cancerous more frequently than others (C. Tomasetti and B. Vogelstein Science 347, 78–81; 2015).

The work led to assertions that certain forms of cancer are mainly the result of “bad luck”, and suggested that these types would be relatively resistant to prevention efforts. “There’s no question what’s at stake here,” says John Potter of the Fred Hutchinson Cancer Research Center in Seattle, Washington, who studies causes of cancer. “This informs whether or not we expend energy on prevention.”

In their Science paper, mathematician Cristian Tomasetti and cancer researcher Bert Vogelstein at Johns Hopkins University in Baltimore, Maryland, calculated the relationship between the number of stem-cell divisions and the risk of developing cancer in various tissues. Every instance of cell division comes with a risk that DNA will be incorrectly copied, leading to mutations — some of which could contribute to cancer. The duo’s analysis found a correlation: the more stem-cell divisions that occur in a given tissue over a lifetime, the more likely it is to become cancerous.

Tomasetti and Vogelstein then sorted types of cancer according to how much of the variability in risk is due to stem-cell divisions versus to some ‘extrinsic’ factor, such as environmental exposure to carcinogens. The authors argued that although some cancers clearly had strong environmental links — such as liver cancers caused by hepatitis C infection or lung cancer resulting from smoking — there were others for which the variation was explained mainly by defects in stem-cell division. In those cases, they argued, early detection and treatment would be more effective than prevention.

Something about that did not sit right with Yusuf Hannun, a cancer researcher at Stony Brook University in New York. “What they did was interesting, but I was startled by the conclusion,” he says.

Hannun and his team also used other lines of evidence to try to pinpoint the contribution of environmental factors to cancer risk. They looked at epidemiological data showing that, for example, people who migrate from regions of lower cancer risk to those with higher risk soon develop disease at rates consistent with their new homes. The authors also examined patterns in the mutations associated with certain cancers; ultraviolet light, for example, tends to create a tell-tale signature of mutations in DNA. And they used other mathematical models, expanding the data set used in the earlier work to include prostate and breast cancer — two of the most common cancers.

“There’s no question what’s at stake. This informs whether or not we expend energy on prevention.”

The models suggested that mutations during cell division rarely build up to the point of producing cancer, even in tissues with relatively high rates of cell division. In almost all cases, the team found that some exposure to carcinogens or other environmental factors would be needed to trigger disease.

Tomasetti counters that he never intended to explain why cancers develop. His analysis, he says, was based on normal stem-cell division in healthy tissue and was meant to explain only why some cancers are more prevalent than others. He also argues that the models created by Hannun and his colleagues make too many assumptions and fail to incorporate some features of tumour growth.

Some specialists in cancer prevention welcome the Nature paper because of fears that the public — and possibly also funders of scientific research — might conclude that prevention efforts are not worthwhile, says Edward Giovannucci, who studies cancer prevention at the Harvard T. H. Chan School of Public Health in Boston, Massachusetts. “By not smoking, your lifetime risk of lung adenocarcinoma drops dramatically,” he says. “The fact that your risk of pelvic sarcoma is even lower because there’s less stem-cell division — so what?”