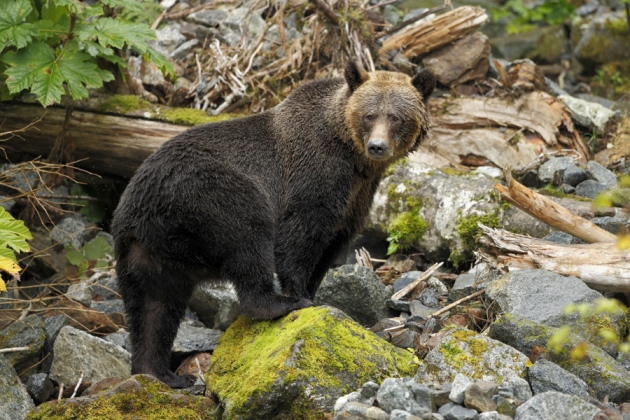 As the Canadian province of British Columbia prepares to open its annual grizzly-bear hunting season, conservation scientists are protesting the provincial government’s decision to expand the number of animals that can be killed.

British Columbia officials estimate that there are 15,000 grizzlies (Ursos arctos horribilis) in the province, making up roughly one-quarter of the North American population. Although some sub-populations are declining and the species is listed as of “special concern” by some environmental bodies, it is not listed under Canada’s Species at Risk Act, which would afford the bears government protection. Citing the recovery of some sub-populations, the government has opened up previously closed areas to hunting and increased the number of hunting tags for bear kills from about 1,700 to 1,800.

But some researchers say that the original limits for the bear hunt were set too high for sustainable management, and the revised quota could exacerbate that problem.

“Wildlife management wraps itself in science and presents itself as being scientific, but really, when you examine it, it isn’t true,” says Paul Paquet, a biologist at the Raincoast Conservation Foundation in Sidney and the University of Victoria, Canada, and a co-author of a letter in Science this week1 making the complaint.

The allowance is much higher than the actual kill rate — about 300 grizzlies are taken by hunters each year in the province, mainly as trophies — but Paquet and other conservation scientists argue that it is still possible that grizzly bears are dying at a rate that is too high for sub-populations to support.

“They’re going in the wrong direction,” says Kyle Artelle, a conservation ecologist at Simon Fraser University in Burnaby, Canada, and a co-author of the letter.

Last year, Artelle and his colleagues reported that it is common for more bears to die than the government’s stated “maximum allowable mortality rate” of 6% of the population per year2. In more than half of British Columbia’s 42 huntable regions the number of deaths from ‘unnatural causes’, such as road accidents and hunting, exceeded that target for at least one three-year period between 2001–2011. The researchers conclude that reducing the risk of such ‘overkills’ to a low level would require an 81% reduction in the target. “Because these are long-lived, slow-reproducing populations, they don’t necessarily recover from overkill,” says Paquet.

Garth Mowat a biologist with British Columbia’s ministry of forests, lands and natural-resource operations, counters that the 6% target was never meant to be a hard cap. “We choose a conservative number because we know we’re going to go over it occasionally,” he says. “I think [the quotas] are as good as we can do with the data we have, and based on all that, the hunt is sustainable.”

Artelle disagrees that a 6% allowable mortality figure is conservative. He points out that other studies have come up with estimates of 0–5% for British Columbia2. And although a December 2013 study by Mowat and his colleagues concluded that there are about 13,000–14,000 grizzlies in the province3, Paquet says that the number could be as low as 8,000 or higher than 15,000. The data behind such estimates, which come from sources ranging from aerial surveys to traps that snag the hair of passing bears, are often sparse or outdated, he says. “In many cases [the population estimate] will be based on assumptions that are maybe 10 years old. None of this is easy, obviously. But we need to take account of the uncertainties,” he says.

The Convention on International Trade in Endangered Species of Wild Fauna and Flora has banned the import of products from grizzly hunts in British Columbia to Europe, citing the province’s failure to implement a grizzly bear strategy it proposed in 2003, which called for better population assessments, among other things.

“In the United States, there’s recourse to courts,” says Paquet, who notes that there are frequent legal battles over US hunting and the country’s Endangered Species Act. “In Canada there’s essentially no appeal.”