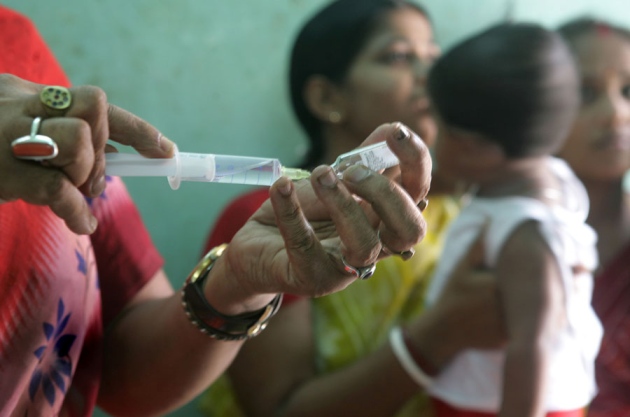 Twenty-three thousand girls were administered with the human papillomavirus vaccines to assess distribution in India.

An Indian parliamentary committee has recommended legal action against a major US-based NGO that it accuses of violating ethical standards and national law during a study to assess the possibility of launching a cervical cancer vaccination programme in the country.

The Parliamentary Standing Committee on Health and Family Welfare said that the Program for Appropriate Technology in Health (PATH), a non-profit organization based in Seattle, Washington, and several Indian institutions, failed to follow proper procedures, adequately monitor events or obtain informed consent from all participants.

It called the field test of two human papilloma virus (HPV) vaccines, stopped after seven vaccinated children died, “very intriguing and fishy”, and asserted, without evidence, that the goal was to generate profits for the pharmaceutical industry.

The charges were firmly rebutted by PATH, with Vivien Tsu, the director of its cervical-cancer prevention project, arguing that the report is “inaccurate in many details and incorrectly implies violations of approved practices”. “PATH is committed to meeting the highest scientific, ethical, and legal standards in our work,” she says.

The first HPV vaccine, Gardasil, was approved by the US Food and Drug Administration (FDA) in 2006. Two years later, India approved that drug, which is made by Merck, based in Whitehouse Station, New Jersey, as well as Cervarix, another HPV vaccine, made by GlaxoSmithKline, based in London. Both vaccines had been approved for use by the US Food and Drug Administration before the PATH project began in 2009. The study, which used donations of these vaccines and was funded by the Bill and Melinda Gates Foundation, aimed to gather evidence as to how an HPV vaccine might best be widely introduced within the Indian health-care system.

It involved vaccinating 13,000 girls aged 10–14 in the state of Andhra Pradesh with Gardasil and 10,000 with Cervarix in Gujarat, and analysed, for example, how to raise community awareness of HPV, and whether delivering vaccines was best achieved at schools or in health centres.

The study was initially intended to run until 2011, but the Indian government halted the trials in March 2010 after activist groups opposed to the introduction of the vaccine in India alleged safety and ethical violations following the death of seven girls enrolled in the study. An internal government inquiry concluded in 2011 that the deaths were unrelated to the vaccination and that no ethical norms had been infringed.

But the standing committee’s report to the Indian parliament, released on 30 August, maintains that the study violated ethical norms and India’s laws and regulations. As well as PATH, the state governments of Andhra Pradesh and Gujarat and the Indian Council of Medical Research (ICMR) were also singled out for criticism.

The report argues that the study should have fallen under clinical-trials legislation despite its designation as a demonstration project, that informed consent was not properly obtained from all study participants — many of whom were illiterate — and that adverse events were not adequately monitored or reported.

Tsu says that the study, whose primary goal was to determine how many girls were vaccinated, was in no way a clinical trial and that no clinical outcomes were measured — the project had been delayed to await the vaccines’ approval in India in 2008, she adds. Proper procedures for seeking informed consent and tracking adverse events were also used, she says. In a statement on its website, PATH said: “We strongly disagree with the findings, conclusions and tone of the released report and its disregard of the evidence and facts.”

PATH has similar research programmes in Vietnam, Uganda and Peru as part of a project — begun in 2006 with a US$27.8-million grant from the Bill and Melinda Gates Foundation — that aimed to provide poorer countries with practical data on the feasibility and acceptability of introducing the vaccine, notes Tsu.

This year, the GAVI Alliance, a multibillion-dollar public–private partnership that funds and delivers vaccines to developing countries, began introducing HPV vaccines in eight African countries, and aims to vaccinate 30 million girls in 40 nations by 2020. PATH’s demonstration projects in Peru and Uganda helped to launch national HPV immunization programmes and contributed to the GAVI Alliance’s decision to subsidize HPV vaccines for the world’s poorest countries.