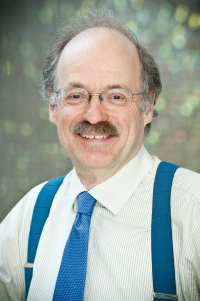 Biomedical research may soon enjoy an even higher profile in Britain’s science-policy agenda. Mark Walport, director of the Wellcome Trust in London, will become the next government chief scientific adviser (GCSA), it was announced last week. He will replace population biologist John Beddington from April 2013.

Walport, a 59-year-old immunologist who took the helm at Wellcome in 2003, will be the first biomedical scientist in 30 years to occupy the role, providing advice directly to Prime Minister David Cameron and the Cabinet. As the outgoing head of one of the world’s wealthiest biomedical-research charities, commanding an annual budget of more than £600 million (US$940 million), he will be one of the most influential scientists to hold the position.

“I think it’s going to be really important in terms of assuring that biomedical science is very high on the agenda in the government,” says Nic Jones, chief scientist at the London-based charity Cancer Research UK. Although the GCSA does not oversee the research councils that dole out most government science funding, Jones hopes that Walport will make a strong case for biomedical and translational research in the government’s next spending review, expected in the next two years.

The UK coalition government has already shown favour for biomedicine over other sciences. It largely protected the Medical Research Council’s £800-million research budget in the latest spending review, and a December 2011 life-sciences strategy — which Walport helped to develop — emphasizes translational-research initiatives such as drug repurposing and stem-cell therapies. But Walport will need to be an advocate for science policy-making throughout government, says James Wilsdon, a science-policy expert at the University of Sussex in Brighton, UK. “The key thing will be that he moves above and beyond issues and areas where he’s already been associated, to act as a broader leader across the community, across a broader set of issues.”

Wilsdon and others expect that, just as Beddington championed government policies to address global food security and climate change, Walport will push his own favoured issues, such as open access to research literature and data. Last week, the Wellcome Trust announced that it may withhold funding to grant recipients who do not make their research available within six months of publication — a policy instituted under Walport’s watch. Open access is already gaining traction in the UK government (see Nature 486, 302–303; 2012), and with Walport beating the same drum, “that creates a real opportunity for more rapid and far-reaching progress to embed these sorts of changes in the research community,” says Wilsdon.

“The key thing will be that he moves above and beyond issues and areas where he’s already been associated.”

One of the key tests for a GCSA is how they deal with crises outside their areas of expertise, says Colin Blakemore, a neuroscientist at the University of Oxford, UK, and former chief executive of the Medical Research Council. Beddington, for example, was confronted with challenges including a global H1N1 influenza pandemic and a volcanic ash plume that clogged up Britain’s airspace. Walport, says Blakemore, has both the breadth of knowledge and the access to expertise to confront such challenges. At the Wellcome Trust, he showed his mettle by pushing through a controversial change to funding policy, targeting more cash to outstandingscientists rather than to individual research projects. He also boosted the trust’s commitment to public engagement, the arts and the humanities.

Walport’s appointment has unleashed speculation about who will replace him as head of the Wellcome Trust. Insiders say that the hunt for a successor will consider scientists with backgrounds in either academia or industry, and will be explicitly international. “I would expect a global search, a big-hitting shortlist,” says Wilsdon. “It is now one of the biggest jobs in international science.”