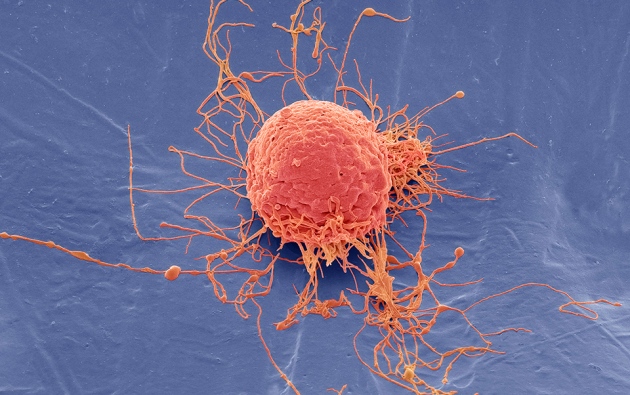 Stem cells are increasingly being used in unproven therapies at clinics in the United States.

Thomas Albini met his first patient blinded by a stem-cell ‘treatment’ last year. The elderly woman, who had macular degeneration, thought she was paying to participate in a clinical trial that would save her sight by injecting stem cells into both eyes. Instead, it left her legally blind.

By the time Albini, an ophthalmologist at the University of Miami in Florida, had treated two more women who had been blinded by the same procedure, he knew that there was a systemic problem. Two of the women had been lured by a posting in a clinical-trial registry — even though there was no real trial to speak of — and none of the injections had been administered by a physician. The clinic offering the injections claimed that its procedure did not require approval from the US Food and Drug Administration (FDA), in part because it used the patient’s own cells. Altogether, Albini found the cases shocking. “Any sort of review would have been helpful.”

The debate over whether the FDA should review such treatments is growing more intense as purported stem-cell clinics proliferate across the United States. Current FDA regulations are poorly enforced and leave room for various interpretations. On 8 September, Albini will present his experiences at an FDA workshop. The following week, dozens of researchers, companies and patient advocates will flock to Bethesda, Maryland, for an FDA public hearing. Many of them will tout the virtues of unproven stem-cell therapies and insist that people should have the right to such treatments. The FDA has expanded the one-day hearing to two — and moved it to a larger auditorium — in response to overwhelming public interest.

The discussion will focus on FDA proposals that aim to better define which cell therapies deserve strict regulation. If adopted, these controversial guidelines could encompass a large chunk of the cell-therapy clinics that claim to fall largely outside the agency’s purview.

A burgeoning industry has sprung up in the absence of definitive oversight. A recent study of stem-cell clinics that advertise online uncovered 570 such centres operating in the United States (L. Turner and P. Knoepfler Cell Stem Cell 19, 154–157; 2016).

Under FDA regulations, these clinics must prepare and store their therapies safely, and their facilities are subject to sporadic inspections. But many clinics also operate under the assumption that they do not need the agency’s approval to carry out their procedures and do not have to conduct the clinical trials that the FDA normally demands to prove that a therapy works. Agency regulations state that clinics do not need regulatory approval if therapies involve “minimal manipulation” of cells that do not fundamentally alter their properties, and if those cells fulfil a “homologous” function similar to their original role in the body. But the precise definitions of “minimal manipulation” and “homologous use” are controversial.

A series of four FDA draft guidelines released in 2014 and 2015 addressed that ambiguity by providing concrete examples of what would trigger greater FDA oversight. After soliciting public comment, the FDA will decide whether to amend and finalize the proposals.

Not everyone is happy with the results up to now. Arnold Caplan, who studies regenerative medicine at Case Western Reserve University in Cleveland, Ohio, worries that the FDA will start seeking approvals for treatments that are now considered standard, including the use of abdominal fat in breast reconstruction following a mastectomy.

Others are concerned that tighter guidelines will make it harder to bring discoveries to market. “It will potentially slow down translation in many instances,” says Keith March, a cardio­logist at Indiana University in Indianapolis, who will also present at the public hearing. “We need to be cognizant of that.”

Some researchers are glad that the FDA is tackling the issue, however. Stem-cell researcher Jeanne Loring at the Scripps Research Institute in La Jolla, California, and her lab are talking to the FDA about starting clinical tests of a stem-cell treatment for Parkinson’s disease. “They’re making sure we know what we’re doing,” she says.

But even if the FDA finalizes the proposals, it is unclear what effect the rules will have, says bioethicist Leigh Turner at the University of Minnesota in Minneapolis. The stem-cell clinics are too entrenched to be chased away by FDA guidance, he says. “The real question is if the FDA is going to send inspectors and issue warning letters.”

For Albini, the proposed FDA guidance is not a perfect solution, but it is at least a step in the right direction. He may never know for sure why the treatments blinded his patients. And he acknowledges that clearer guidelines — and stricter enforcement — will not prevent every such tragedy in the future. Neither will they keep some clinics from recruiting patients under the guise of conducting clinical trials. But every step counts. “The more regulatory hurdles you put in the way of somebody who wants to use the term ‘research’ as marketing, the better off we’d be,” Albini says.