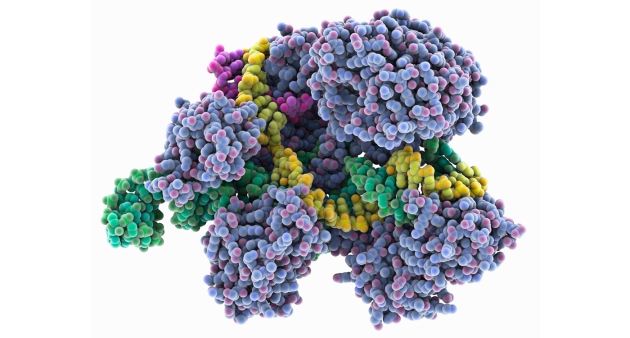 The long-running battle over US patents for CRISPR–Cas9 gene editing continues. On 25 October, the Broad Institute of Cambridge, Massachusetts, filed a fresh set of arguments with the US government to defend a key patent.

That action helps to set the stage for a second round of oral arguments in the unusually vitriolic case, which observers expect to take place in early 2018. A decision is anticipated to follow shortly thereafter.

At stake are intellectual-property rights to the use of CRISPR–Cas9 gene-editing tools in eukaryotes, organisms such as plants and animals. This would include applications of the technique to treat human genetic diseases — an approach that has recently entered cancer clinical trials in China, and is potentially the most lucrative application of gene editing.

Although non-profit research institutes often reach settlements over such patent disputes, both sides in the CRISPR case have invested heavily in a prolonged patent fight, says Kevin Noonan, a partner at the law firm McDonnell Boehnen Hulbert & Berghoff in Chicago, Illinois. “They really went after each other so vigorously,” he says. “You want to say, ‘Hey, let’s take a breath.’”

The fight began when the US patent office granted the Broad a patent covering the use of CRISPR–Cas9 in eukaryotic cells. The California team had filed its patent earlier, but the Broad opted for an expedited review that got its application granted first. The University of California then argued that the Broad’s patent interfered with the granting of its own patent, and launched an official proceeding before a board of specialized patent judges.

Throughout that proceeding, the University of California team argued that its patent — which explicitly describes the use of CRISPR–Cas9 gene editing only in non-eukaryotes such as bacteria — rendered applications in eukaryotic cells “obvious” and therefore unpatentable. The Broad countered that the University of California’s invention needed significant and non-obvious tweaks before it could be used in eukaryotes.

In February, the patent office sided with the Broad. The University of California team soon filed an appeal to the US Court of Appeals for the Federal Circuit, claiming that the patent board had made “fundamental errors of law” that would allow the Broad to unfairly claim rights to the most important and valuable applications of CRISPR–Cas9 gene editing.

Despite that argument, Noonan expects the court — which generally defers to the patent office — to uphold the patent board’s decision. “For Berkeley to prevail, the Federal Circuit is going to have to say, ‘Yeah, the board got it wrong,’” he says. “I think it’s unlikely that they’ll do that.”

Upholding that previous decision could spell trouble for the University of California, notes Jacob Sherkow, a legal scholar at New York Law School. The university’s patent would go back to the patent office for examination. But in May, the patent office issued another key CRISPR patent to Vilnius University in Lithuania. That application was filed earlier than the University of California’s, so patent law could dictate that it takes precedence. The California patent could be crowded out, Sherkow says: “This is a dramatic turn.”

The CRISPR patent landscape elsewhere is also uncertain. In Europe, the Broad has been granted ten patents but is in danger of losing as many as eight of them, notes Catherine Coombes, a patent attorney at intellectual-property specialists HGF in York, UK. In April, the European Patent Office issued a preliminary ruling that threw out the Broad’s earliest filing date for its first patent, because the institute had later removed an inventor from the patent application.

If that decision — which will be discussed during oral arguments in mid-January — becomes final, it will push the Broad’s patent date to a time after the institute’s team published its findings in a scientific article1. And that would invalidate the patent application altogether.

Overall, there are more than 1,880 families of CRISPR patent, according to IPStudies, a consulting firm near Lausanne, Switzerland. More than 100 new families — each a group of related intellectual-property claims — are published each month.

With those numbers in mind, people looking to commercialize CRISPR–Cas9 gene editing will probably continue to face a daunting patent landscape, notes Coombes. “The situation is going to get a lot more complicated before it gets better.”