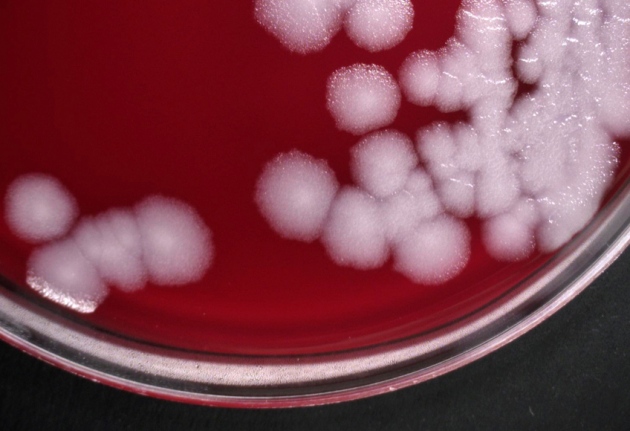 An ‘inactivated’ sample of the anthrax pathogen Bacillus anthracis began growing at a US laboratory.

Recent accidents involving deadly pathogens at a leading laboratory in the United States highlight the need for a major global rethink of biosafety controls, experts say.

The Centers for Disease Control and Prevention (CDC) in Atlanta, Georgia, reported two accidents involving anthrax and the deadly H5N1 influenza virus. Biosafety professionals argue that such incidents show that without a strong culture of biosafety, even highly secure facilities are susceptible to errors that could place workers and the public at risk.

Until now, biosafety has mostly been about physical biocontainment, meeting safety regulations and following recognized standard operating procedures, says Tim Trevan, who is executive director of the International Council for the Life Sciences, a non-profit body in McLean, Virginia, that advises on biosafety policies. But organizations also need to focus on developing a stronger safety ethos, he says. “I hope that the accidents will trigger profound cultural change, not just at the CDC but at high-containment labs everywhere.”

The incidents at the CDC occurred in March and June. In the first, a sample of a low-virulence flu virus that was transferred to another laboratory had been accidentally contaminated with the lethal H5N1 avian flu strain. The second incident involved the transfer of potentially inadequately inactivated anthrax bacteria from a biosafety-level-3 laboratory to a lab with a lower safety level that was not equipped to handle such a dangerous pathogen.

The events have triggered a media and political storm, leading to considerable pressure on the CDC and other US labs to improve their practices. On 16 July, Thomas Frieden, the CDC director, was called to testify on the anthrax incident before a House of Representatives committee. “The fact that something like this could happen in such a superb laboratory is unsettling because it tells me that we need to look at our culture of safety throughout all of our laboratories,” he said ahead of the hearing. “We are definitely looking at the implications for laboratories around the country and around the world.”

Last week, the CDC announced the creation of an independent committee to review the agency’s safeguards. Safety culture is among the topics the committee will discuss when it meets for the first time next month.

The term ‘culture of safety’ is more than just jargon — management frameworks to aid organizational safety are well established in, for example, the airline and nuclear-power industries, says Trevan. Creating such a culture requires practices and training that are targeted at addressing risks in a structured manner, and constantly monitoring and improving performance. Yet researchers and oversight bodies all too often have a “checkbox culture”, he adds.

This can result in a management mentality of “we don’t care if the plan works, as long as you have a plan”, says Sean Kaufman, president of Behavioral-Based Improvement Solutions ­— a company in Woodstock, Georgia, that trains staff who work in biocontainment laboratories. He says that institutions are often reluctant to spend resources on improving practices: “Typically, leadership will only invest so much in biosafety; the bare minimum required to keep them out of trouble and in compliance.”

Over the past decade, more attention has been paid to biosafety culture as the field has become increasingly professional. In 2008, the European Committee for Standardization (CEN) in Brussels adopted the first internationally recognized management framework for organizational safety in facilities handling dangerous pathogens: CEN Workshop Agreement (CWA) 15793. This voluntary framework is currently being adapted to become an International Organization for Standardization (ISO) standard, which would give it worldwide recognition.

The World Health Organization (WHO) recommends that organizations adopt CWA 15793, says Nicoletta Previsani, who was a former head of biosafety and laboratory biosecurity at the WHO and is now responsible for containment at its polio-eradication programme. “CWA 15793 really is a major shift in thinking,” she says, adding that its implementation nonetheless requires considerable investment.

The WHO has adopted the standard for oversight of the two laboratories holding the last stocks of the smallpox virus — one at the CDC in Atlanta, and the other near Novosibirsk in Russia. It has also specifically recommended that facilities carrying out risky gain-of-function flu research, which increases the transmissibility, virulence or host range of viruses, be CWA compliant or equivalent.

But wider uptake has so far been limited. The CDC, for example, has not fully implemented the standard, and in a survey last year of 118 members of the European Biosafety Association, three-quarters of whom were biosafety professionals, just 33% reported that they were using CWA 15793 in their institutions, and 15% had never even heard of it. Reasons given for not implementing the standard included a lack of resources, its “excessive” nature and the availability of similar national standards.

However, many organizations are using the CWA standard to improve biosafety management without going to the time and expense of seeking formal certification, says Gary Burns, a UK biosafety consultant who was vice-chair of the group that developed CWA 15793. He hopes that if it is adopted as an ISO standard, this will lead to greater formal and informal use.

But such safety-management standards are not a “magic bullet”, cautions Maureen Ellis, executive director of the International Federation of Biosafety Associations (IFBA) in Ottawa, Canada, because to be effective, all staff must buy into them. Researchers too often consider biosafety as an extra burden, “something they have to do because the rules say so”, she explains.

The IFBA has sought funding to advocate for improved biosafety cultures in laboratories, but funders are not interested, Ellis adds, partly because tangible outcomes are difficult to measure. “There is money for diagnostics and research, but ask for money for biosafety and it’s just not there, as it is lower priority,” she says.