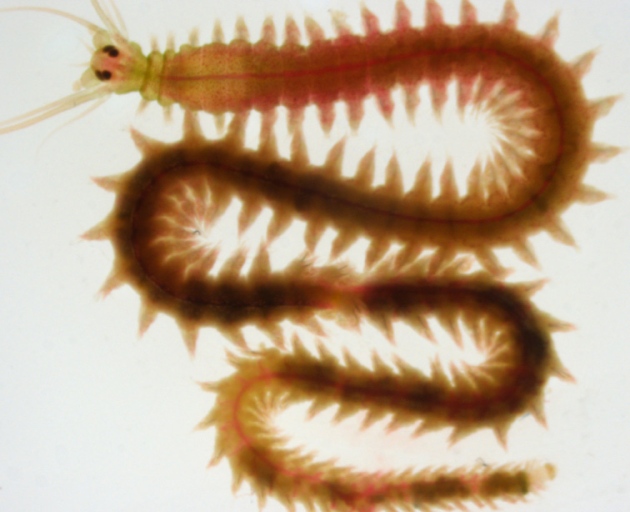 The bristle worm Platynereis dumerilii has a biological clock that follows lunar phases, which is ruled by a separate mechanism than the circadian clock that is synchronised with the Sun.

Some marine invertebrates have at least two internal clocks, which follow different times and have different mechanisms, according to two new studies. Multiple timepieces might prove common among animals.

The two marine organisms investigated show biological rhythms that are influenced by the Moon, as well as possessing the more familiar circadian clock that follows the daily cycle of sunlight and dark. The circadian and non-circadian rhythms work in parallel and use different molecular mechanisms, and in one of the cases, a monthly 'lunar' clock could modulate the daily clock. All this suggests that there is much left to discover about how time is kept inside more complex organisms, including humans.

“This is the first molecular evidence that the clocks aren’t the same,” says Chris Chabot, a biologist at Plymouth State University in New Hampshire who was not involved in either of the new studies.

Circadian rhythms are synchronized to the 24-hour day and are found in every kingdom of life. They are well understood, thanks to work in model organisms such as the fruitfly Drosophila and the mouse. But the mechanisms underlying non-circadian rhythms are not so well understood, largely because of a lack of accessible organisms that have distinct rhythms and can also be experimentally manipulated.

A non-circadian rhythm well known to biologists is the 'circatidal' rhythm (in time with the tides), which repeats every 12.4 hours. This is found in coastal species such as the speckled sea louse (Eurydice pulchra, see image below), which is the subject of a study published today in Current Biology1. 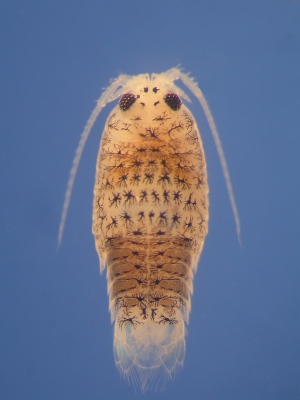 The sea louse Eurydice pulchra, a marine crustacean, also has two independent biological clocks, one for day–night cycles and the other tuned to the tides.

Another type of rhythm, found in a wide range of species, possibly including humans, is 'circalunar' (following the waxing and waning of the Moon). Work exploring this rhythm in the bristle worm, Platynereis dumerilii (picture at top), is published in Cell Reports2.

Swimming with the tide

The sea louse has a swimming pattern synchronized with the tides, and other biological cycles synchronized with day and night. Each cycle is controlled by an internal clock, which is set by, but can run independently of, external stimuli — in this case, light (or darkness) and turbulence (as the tide changes).

“For decades people have wondered whether the tidal oscillator might be generated from the circadian oscillator,” says Charalambos Kyriacou, a geneticist at the University of Leicester, UK, who studied the sea louse. Some scientists argue that a circatidal clock might be made of two slightly long (24.8-hour) circadian clocks set in opposite phase to produce 12.4-hour peaks in behaviours such as swimming and foraging for food. Others favour a specialized tidal clock. Kyriacou made a bet with one of his co-authors, Michael Hastings of the Medical Research Council in Cambridge, UK, in favour of the dual-circadian-clock hypothesis. The results turned up by their team may, however, put Kyriacou out of pocket.

The results of the sea-louse study showed that these clocks are distinct, with the tidal one persisting in its 12.4-hour schedule even if the daily rhythm is completely abolished, either by exposure to constant light or by deactivating a key timing gene.

The 30-day circalunar cycle in the bristle worm governs spawning, which occurs at the same time in the cycle each month. The worm also has a circadian feeding rhythm, emerging at night to feed. Molecular biologist Kristin Tessmar-Raible at the University of Vienna and her colleagues identified distinct clocks governing these two rhythms in the worm, and also established that its monthly clock modulates the circadian clock and its output. The change in nocturnal light, determined by the changes in the phases of the Moon, is known to influence daily rhythms in Drosophila and fish, and possibly in humans3.

Similarly to the sea louse, Tessmar-Raible and her colleagues found that the bristle worm's circalunar clock keeps ticking even when the circadian clock is thoroughly disrupted. And they too traced its independence to a different molecular mechanism of time-keeping.

However, in the case of the bristle worm, they found that the periodicity of the circadian rhythm increases and decreases over the monthly cycle. This is not due to a change in the regularity of expression of the genes governing the circadian rhythm, which remains constant, but to changes in their level of activity in response to the circalunar cycle.

“We’ve got the same story coming out of very different organisms,” says Kyriacou, who was surprised how strongly both non-circadian clocks resisted interference with the circadian one. He thinks that independent circatidal clocks “may be quite common in coastal organisms”. “Having several independent clocks might be a rather common phenomenon,” confirms Tessmar-Raible.

Chabot and his team have previously found evidence that horseshoe crabs have a distinct circatidal clock4. His collaborator Win Watson, a zoologist at the University of New Hampshire in Durham, describes the papers’ combination of experimental approaches as “impressive and inspirational”, but points out that both “fall short of giving us information about the underlying mechanisms”. He was hoping for more clues as to how the non-circadian clocks actually work. Chabot agrees: “We’re just scratching the surface”.

Still, after nine years of work, Kyriacou is happy to have swayed the controversy over the circatidal clock mechanism. Ernest Naylor, a marine zoologist at Bangor University (whose scientists participated in the study), expects the Current Biology paper to resolve the issue in favour of the independent circatidal clock hypothesis.

Christian Cajochen at the Centre for Chronobiology in Basel, Switzerland, says that there is clear evidence of multiple clocks in humans as well, and that their desynchronization may lead to disease. Chabot adds that, given the similar mechanisms behind circadian clocks across the animal kingdom, it’s reasonable to speculate that our non-circadian clocks could be similar too.