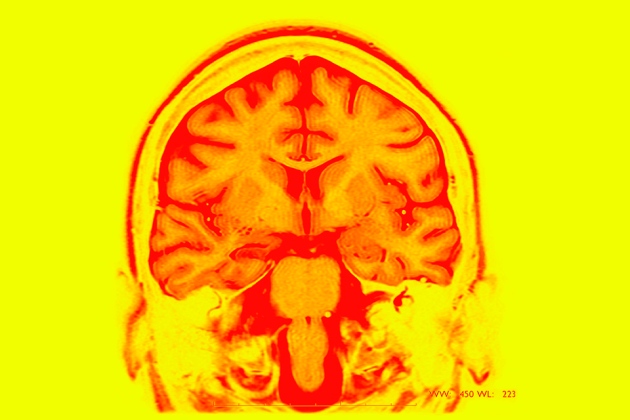 Magnetic resonance imaging can be used to study the brain and diagnose brain disorders.

Major brain-mapping projects have multiplied in recent years, as neuroscientists develop new technologies to decipher how the brain works. These initiatives focus on understanding the brain, but the World Health Organization (WHO) wants to ensure that they work to translate their early discoveries and technological advances into tests and treatments for brain disorders.

“We think there are side branches from projects that could be pursued with a very small investment to benefit public health,” says Shekhar Saxena, director of the WHO’s mental-health and substance-abuse department.

Saxena will make that case on 12 November at the annual meeting of the Society for Neuroscience in San Diego, California — continuing a discussion that began in July at the WHO’s headquarters in Geneva, Switzerland. Among the roughly 70 people who attended that first meeting were leaders of the major brain initiatives, including the US BRAIN (Brain Research through Advancing Innovative Neurotechnologies) Initiative, launched in 2013; the European Human Brain Project, started in 2013; and the Japanese Brain/MINDS project, launched in 2014.

All of these projects focus on basic research on the brain or the development of sophisticated tools to study it. Clinical applications are an ultimate, rather than an immediate, goal. But at the Geneva meeting, project leaders agreed, in principle, that they should do more to adapt brain-imaging technologies for use in clinical diagnoses.

“The WHO is concerned that the emphasis on building these very expensive devices could worsen the health disparities that we have now between the developed and underdeveloped world,” says Walter Koroshetz, director of the US National Institute of Neurological Disorders and Stroke, which is part of the BRAIN Initiative.

For instance, researchers funded by the BRAIN Initiative are developing imaging procedures to identify every connection in a mouse’s brain, or watch neurons fire in a circuit in real time. Yet versions of these technologies that are suitable for use in humans are likely to be so expensive and difficult to use that they will be available only at a few research centres — and not at the average US hospital, much less in low-income countries.

Still, some researchers have found a sweet spot at which they can develop clinical imaging while working to understand the brain — even when working with limited equipment in developing countries, Koroshetz says. Gretchen Birbeck, a neurologist at the University of Rochester in New York, is working in Zambia to understand how cerebral malaria can lead to epilepsy in children. She uses a magnetic resonance imaging (MRI) machine to watch how neural activity changes over time in the brains of children with malaria — and how, in some cases, epilepsy emerges.

“We really don’t understand this organ.”

Using existing technology, “we can really drill down and ask some important scientific questions that would have implications much more broadly”, Birbeck says. She hopes to do so despite using an MRI machine that is only about 10% as powerful as those in many US hospitals.

The WHO meeting participants also noted that existing technologies — such as mobile phones, which are prevalent in many developing countries where doctors are not — can be used to apply research findings to public health. Farrah Mateen, a neurologist at Massachusetts General Hospital in Boston who attended the WHO’s July meeting, has developed a cheap cap studded with electroencephalography sensors and an app that can identify the brain patterns that occur in people with epilepsy when they are between seizures. Her study of 205 people with epilepsy in Bhutan, now in review at a journal, showed that the app could reliably detect this neural activity — allowing health-care workers with little training to identify the type of epilepsy someone has and which drug could best treat it.

But one big question looms over the WHO’s push to ensure that brain–mapping projects yield clinical benefits: the agency does not fund research. Instead, it hopes to convert private donors and governments to its way of thinking. “We’re just going to try to influence the scientists as well as the funders to see whether there could be a better balance between long-term outcomes and more short-term, public-health-oriented outcomes,” says Saxena.

Not everyone is ready to reset their priorities. Tetsuo Yamamori, a neuroscientist at RIKEN Brain Institute in Saitama and vice project leader of the Brain/MINDS project, says that its primary goal will remain the same: linking behaviour to mapping brain activity in genetically engineered marmosets. But he agrees that developers of cutting-edge technologies should consider how they could be used in people. Yamamori adds that he will continue to participate in the WHO’s brain-mapping discussions.

Saxena is optimistic that the WHO’s lobbying will pay off. Eventually, he hopes to establish a network of researchers working to transform advances in brain research to improvements in medicine. “We really don’t understand this organ,” he says. “We need to make incremental advancements, and those need to be translated into something actionable in a short time.”