The University of California, Berkeley, has released its report on sexual-harassment complaints against astronomer Geoff Marcy, who stepped down from his faculty position there in October after the findings came to light.

Berkeley released the report and related documents on 17 December, in response to public-records requests filed by Nature and other publications.

The 120 pages lay out the pace and scope of the university’s investigation into what ultimately involved four complaints from four individuals. The documents show a gradual escalation involving the chair of the astronomy department; the university officer tasked with complying with Title IX, the US law that prohibits sex discrimination in educational programmes that receive federal funds; and a ‘complaint resolution officer’ who led the final investigation.

Joan Schmelz: A voice for women

The first harassment complaint included in the documents was received in April 2011. The university’s final report was issued in June 2015, and its existence was not publicly disclosed until BuzzFeed News reported its findings in October.

The documents also include notes university officials made of various conversations with Marcy regarding specific complaints. In them, he denied many of the allegations, such as sliding his hand up a student’s skirt, and attributed others to misunderstandings. A 22 December post on his website reiterated those responses, and insisted that Marcy had retired, not resigned, from his position. "There was no sex, no intention of sex, and no abuse of power that resulted in damaging any of the complainants' careers," the post stated. “I never intended to cause distress and I apologize deeply for having done so,” Marcy wrote in a letter also posted on the site.

The wider astronomy community is trying to move beyond the details of the Marcy case and to addressing and preventing sexual harassment at more institutions and meetings, says Laura Lopez, an astronomer at Ohio State University in Columbus.

The 15 April 2011 complaint, the first in the documents, involves a witness report from someone who described Marcy rubbing the bare shoulder of a female undergraduate student and later taking a cellphone picture of her during a lecture, apparently without her knowledge, while she had a lollipop in her mouth. 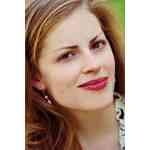 How sexual harassment changed the way I work

On 11 May, Denise Oldham, Berkeley’s Title IX officer, e-mailed astronomy chairwoman Imke de Pater asking for a meeting to follow up on the complaint. On 2 June, de Pater e-mailed Oldham notes of what she described as a “very positive” conversation with Marcy.

“Geoff was extremely grateful that I brought this up,” de Pater wrote. “He had no sexual intentions whatsoever, but he does see that others could interpret his behavior that way. … Geoff described himself, indeed, as I know him: jovial and friendly.”

On 1 July 2013, the documents report, de Pater and Oldham met with Marcy to discuss additional complaints of sexualized behaviour. Notes from the meeting report Marcy saying that “he has a level of empathy with female students trying to find their place on [sic] the physical sciences” and that “he tries to be friendly and approachable.” The notes say that de Pater and Oldham told him that “faculty ‘friendship’ with students is easily misinterpreted as flirtation, or other inappropriate conduct carrying a quid pro quo connotation.”

On 18 March 2014, someone writing from outside Berkeley — whose identity is redacted in the documents — asked Oldham whether the university was doing all it could to address allegations involving sexual harassment of students by a faculty member (whose name is also redacted). “There is a concern that protecting the campus may be a higher priority than addressing the problems,” this person wrote.

Science and gender: Scientists must work harder on equality

The documents reveal that roughly six weeks later, on 29 April 2014, Oldham, de Pater and another Berkeley astronomer, Gibor Basri, met with Marcy to address additional anonymous complaints. The notes say Marcy could recall only an incident about 2.5 years earlier involving a female postdoc from another institution, in which he said he walked her outside and sat with her when she became upset about personal problems. The notes say that Oldham, de Pater and Basri “stressed adherence to previous agreements”.

On 16 December 2014, the Berkeley complaint resolution officer, Will Mallari, requested a meeting with Marcy. The following day Mallari had a written statement hand-delivered, on letterhead, laying out allegations from the four complainants.

The next day, 18 December, Mallari and Marcy met. Notes from that meeting run through the various allegations, from unwanted physical touching to inappropriate discussions of sex. Marcy admitted to some incidents, such as kissing an undergraduate student on the forehead, and later on the cheek, the notes say ("These things all happened. Have been discussed a thousand times"). But he denied other allegations, calling a report that he slid his hand up a student's skirt “absurd” and “plainly false”.

Some of the most serious allegations involve Marcy helping an intoxicated undergraduate student back to her hotel room after a January 2010 off-site party during a professional conference. The report says that accounts differ as to what actually transpired: in Mallari’s notes from the meeting, Marcy said that he “likely” purchased two drinks for the student before taking her back to her hotel room, where he “plunked her down on bed and left”. Marcy denied dancing suggestively with the student during the party — but according to Mallari’s notes, said that it was plausible that he put his hand on the student’s thigh during a cab ride to the party.

Later, in his final report on the allegations, Mallari wrote that “at a minimum, Respondent exercised poor judgement by first buying the undergraduate student drinks, and then, when she was too intoxicated to care for herself, physically handling her, and then taking her alone via taxi to her hotel room and ultimately sitting with her on her hotel room bed.”

The formal investigation report is dated 22 June 2015, and Mallari sent it to Marcy on 29 June. “Although the many reported incidents span more than a ten year period, the pervasiveness of Respondent’s behavior is unusually high,” the final report reads. “It cannot be overstated how Respondent’s inherent influence and authority over the complainants, real or perceived, heightened the impact of his behavior on those experiencing or witnessing it.”

Ultimately, the report concludes that Marcy violated Berkeley’s rules against sexual harassment. “It is determined that Respondent’s behavior was unwelcome, sexual in nature, and unreasonably impacted the complainants such that it created an intimidating, hostile or offensive learning environment, in violation of the University of California sexual harassment policies,” the report says.

On 8 July, according to a 13 July letter in the documents released by Berkeley, Marcy met with Janet Broughton, vice-provost for the Berkeley faculty, to discuss “an alternative to proceeding with formal disciplinary action”. Broughton laid out a list of prohibited actions, including touching students in any fashion other than to shake hands, talking with students about sex, or socializing with students outside of campus or professional activities. Marcy’s failure to meet the terms of that agreement would result in automatic sanctions and suspension.

BuzzFeed broke the news of the report’s findings on 9 October. The story created an uproar, with students and faculty members protesting what they saw as a weak response from Berkeley. On 14 October, Marcy’s lawyer wrote to Broughton, Basri and the dean of mathematical and physical sciences, announcing his resignation.

On 3 November, Marcy wrote from his personal e-mail account to the vice-provost, verifying that he would retire effective 31 December.

Broughton wrote back simply: “Geoff, I have received your email.”

This story was updated on 23 December to include a response to the Berkeley report that has been posted on Geoffrey Marcy's website.