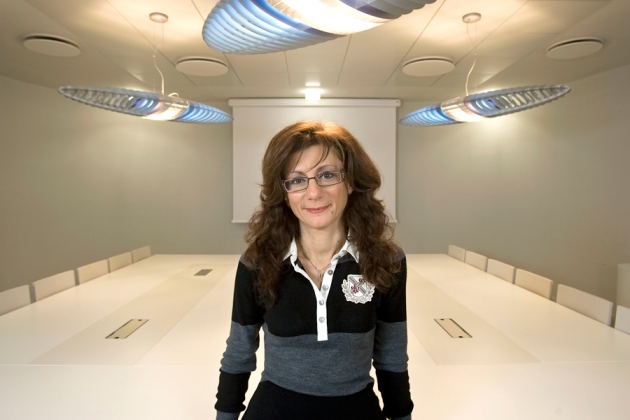 Biologist Graziella Pellegrini has worked on stem-cell therapy at four different Italian institutions, including a hospital run by priests.

Last month saw a major landmark for regenerative medicine: the first time that a stem-cell therapy — beside the use of cells extracted from bone marrow or umbilical cord blood — had been cleared for sale by any regulatory agency in the world. The European Commission approved Holoclar for use in cases of blindness caused by burning. The achievement is all the more remarkable because Holoclar was developed by a small laboratory in Italy, a country better known for its lack of support for life sciences — and for its recent tolerance of an unproven stem-cell concoction, marketed by the Stamina Foundation, that claimed to be a panacea for many diseases. Nature talked to Graziella Pellegrini from the University of Modena about how she and her colleagues overcame the many obstacles to take the therapy from bench to bedside.

What exactly is Holoclar and how does it work?

The surface of the cornea — the transparent tissue that sits in front of the iris — is constantly renewed in a healthy eye, to keep it smooth and clear. New corneal cells are generated from a niche of stem cells in the limbus, an area between the cornea and the white of the eye. But if the limbus is destroyed by burning, then the white of the eye grows over the cornea and becomes criss-crossed with blood vessels. This causes chronic pain and inflammation, as well as blindness.

“I had seen patients who had starting seeing again after 20 years of blindness: how could I stop?”

Holoclar treatment can help to reverse these symptoms by adding new stem cells to seed the regrowth of a transparent cornea. But there must be enough surviving limbus in one eye to allow 1 or 2 square millimetres of tissue to be extracted. This tissue is then cultivated on a support made from modified human fibrin (a biodegradable blood protein) under stringent clinical conditions until at least 3,000 stem cells have been generated. The culture, still on its fibrin scaffold, is transplanted into the injured eye, which has been scraped clear of the invading white, and from there stem cells seed the regrowth of a transparent cornea, free of blood vessels, within a year.

How many people will Holoclar be able to help?

Only around 1,000 people annually in the whole of Europe will be eligible: burns victims who have become blind but whose eyes have not been too extensively destroyed.

Was it hard to achieve this working in Italy?

It is always very hard to find research money in Italy. We had to uproot many times. I first started working on the concept of the therapy, with my colleague Michele De Luca, in 1990 when we were post-docs at the University of Genova studying the fundamental biology of epithelial cells — the cells that form the sheets lining organs, and also the skin. In 1996, we moved to Rome to the Institute Dermopatico Immaculate, a hospital run by priests who were highly committed to research and who offered us wonderful facilities and access to patients. But in the end they did not want to support our eye work through to the clinic. So in 2002, we moved to the Veneto Eye Bank Foundation in Venice, which had an epithelial stem-cell laboratory. Then in 2008 we moved again, to the Centre for Regenerative Medicine Stefano Ferrari, which had been newly created at the University of Modena specifically to incubate such types of advanced therapy.

Italy is not supportive of biomedical research. Things might have been easier if we had not had to struggle so much. But I am Italian, and the best way to stimulate me to find a solution is to tell me I can’t do something. And despite the problems, research into advanced therapies does have a history here. One of the world’s first gene-therapy trials — on children with an immunodeficiency disorder — was carried out in Milan.

When did you first start clinical testing?

We published the results of our first two patients — both successes — in 19971. That was proof of principle that the therapy could work. Our major clinical paper, on 112 patients, was published in 20102. Around 77% of the transplants were fully successful, and a further 13% partially successful.

“Pharmaceutical companies are not much interested in unprofitable rare diseases, so it is important that scientists like ourselves get involved.”

Why did it take so long to finally get market approval?

Two reasons. First, regenerative medicine was in its infancy, and technologies still needed to be developed to make the treatment more reliable. For example, the limbus includes several different types of cell, and in those early days we had no way of knowing what proportion of the cultured cells to be transplanted were actually the stem cells we needed. In 2001, we discovered a cellular marker that allowed us to do this. Also, the original grafts were very fragile because we had not yet worked out how to culture the limbus cells on a scaffold.

Then, in 2007, new European Union (EU) regulations on advanced therapies came in, which added more — very frustrating — years to the development.

What did those new EU regulations mean for you?

They gave us many years of hell. They were designed to ensure that new types of biologically based therapies were safe, and that they were standardized — so that each patient reliably gets the same type of biological material. These aims are, of course, appropriate and necessary. But at the beginning, this was new territory for everyone, and we quickly learnt that the regulators and we scientists spoke entirely different languages. They didn't understand much about cells and we didn't understand what they really wanted from us. To us, it seemed that the therapy was already there — the clinical data were there and the technology was defined. But it seemed that we had to start from scratch.

We linked up with a pharmaceutical company in nearby Parma that helped us to form a spin-off company, Holostem. The company took on the regulatory challenges and made our product compliant with 'good manufacturing practice' (GMP). Slowly we got to understand what the European Medicines Agency and our national regulators were afraid of, and we began planning experiments to give them the reassurances they needed.

During the many years that you were developing a therapy that could benefit only a few people, and were complying with complicated regulations, the Stamina Foundation was bypassing regulations and treating people in Italy with an unproven stem-cell therapy that it claimed could cure a wide range of diseases. What did you think about that?

Of course, it made me very angry. Stamina should never have happened. It made me realize that the general public and politicians simply do not know enough about stem cells, so people can be exploited. I do a lot of outreach work, and think that scientists need to pay attention to this aspect.

When things got difficult, did you ever think of giving up?

No, never. I had seen patients who had starting seeing again after 20 years of blindness: how could I stop?

What are your plans?

I am now thinking about other rare diseases in which a genetic mutation causes disorders of the cornea. The idea is to develop therapies for those pathologies without actually correcting the gene, and so reducing any possible risk associated with genetic engineering. As yet, we don’t have a perfect model to work with, so we will be assessing outcomes with several different models.

Another rare disease? Wouldn’t you prefer to develop therapies that will make you rich?

You only have one life, and I believe you should use it to do something useful. Pharmaceutical companies are not much interested in unprofitable rare diseases, so it is important that scientists like ourselves get involved.