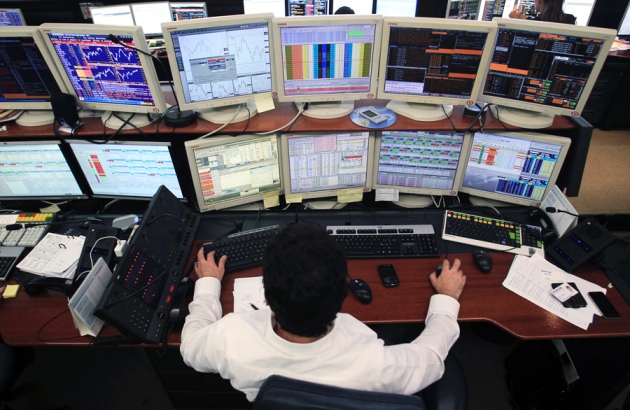 A study of investment managers and traders at a major international bank suggests that the financial industry's culture encourages dishonest behaviour, but that the individuals themselves are not inherently dishonest.

Kerri Smith, host of the Nature Podcast, gets the scoop from experimental economists Alain Cohn and Michel Maréchal.

The reputation of the financial sector has taken a bashing in the wake of the 2008 global financial meltdown, and after scandals involving the manipulation of interest rates, fraudulent deals and rogue traders losing billions of dollars. Now, a team of economists at the University of Zurich in Switzerland has found that when bankers think about their jobs, they are more likely to lie — evidence that banking culture encourages dishonest behaviour.

Aspects of a person’s life, such as their job or whether they have children, can affect how they behave. But when it comes to the ethics of finance, the key question is “whether the business culture actually renders bank employees more dishonest, or whether more-dishonest people simply choose to work in the banking industry”, says Michel Maréchal, who co-led the study. In a previous study, which is under review at a journal, Maréchal and colleagues found that prison inmates were more likely to cheat in a coin-tossing game when reminded of their criminal past. Psychologists call this effect ‘priming’.

In the latest study, published online today by Nature, Maréchal and his colleagues enlisted the help of 128 employees from a large international bank. At the start of the tests, half the participants were quizzed about their jobs and their company, to prompt them to think of their identity as bank employees. The other half answered questions about their hobbies.

The first group reported flipping heads 58.2% of the time — significantly higher than would be expected by chance alone. The control group reported tossing 51.6% heads.

The team tried to replicate the pattern in other groups of people — for example, priming students to think about banking. But they did not see the same effect on the participants' honesty levels. The results show that this banking-related priming effect seems to be specific to people who work as bank employees, suggesting that the culture of the banking sector is to blame. And that specificity is one of the most interesting findings of the study, says Benedetto De Martino, who studies economics and neuroscience at the University of Cambridge, UK. “I was surprised that people didn’t cheat a bit more in the other condition,” he says. “Normally you find people cheating a bit in the control. These phenomena are going on for everybody.”

To help to combat dishonesty in banking, the team recommends measures such as having bankers swear a professional oath to consider the impact of their work on society — akin to the Hippocratic oath taken by physicians — or stopping companies from rewarding employees who behave dishonestly.

But going from one piece of research to changing norms may take some time. “It’s a full-time job translating it into a proper policy,” says De Martino. There is value in examining societal problems through a scientific lens, he adds. “Some aspects of culture might come from a basic physical constraint of the way people are made.”