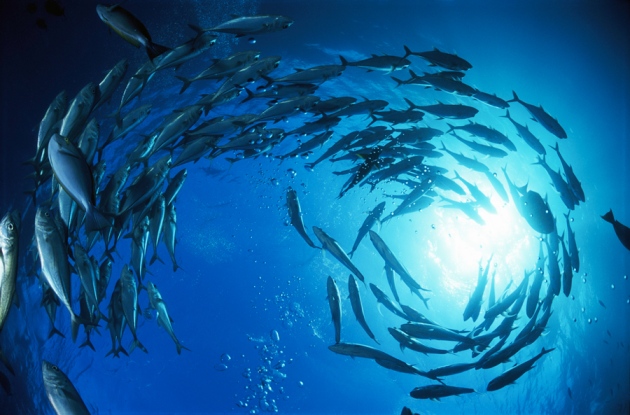 When Australia established a vast network of marine reserves in 2012, it was hailed as a major win for conservation. But management plans for the sea havens were suspended a year later.

Now, scientists are angry at the Australian government's release last week of a draft proposal to significantly erode the size of protected areas in the reserves, opening up large stretches to commercial and recreational fishing.

“Australia has been one of the leaders in marine conservation,” says Callum Roberts, a biologist who studies marine reserves at the University of York, UK. “The government is dressing it up as progress, but this is a giant leap backwards for conservation.”

Roberts says that dismantling protected areas will make species less able to cope with increasing threats such as climate change and plastic pollution. “Australia will find its seas considerably less resilient than they would have been if they hadn’t rolled back this protection,” he says.

Almost 2.4 million square kilometres, about 36% of Australia’s oceans, were designated marine parks in 2012. Close to one-third of the area in the reserves was given the highest level of protection, which bans activities such as fishing, mining and drilling for oil or gas. Although scientists found some shortcomings in the reserve network — many of the highly protected areas were in deep water, for instance, whereas the most vulnerable ecosystems are usually closer to shore — it was largely considered an ambitious plan for protecting biodiversity.

Little more than a year after the system was established, the country’s newly elected conservative prime minister, Tony Abbott, suspended the park’s management plans and ordered an independent review. Scientists accused the government of bowing to pressure from the fishing and mining industries.

The independent review, released in September 2016, recommended that protected sections in some parks should be increased, but it reduced protected areas in others. “The independent review already eroded the overall protections from 2012, but the new draft plans have seriously gutted it,” says Jessica Meeuwig, a marine scientist at the University of Western Australia in Perth.

The latest proposals, released on 21 July, leave park boundaries unchanged, but will reduce the total area protected from fishing to 20% down from 33% in the review’s recommendations. In the largest marine park in the Coral Sea off Australia’s northeast coast, the proposal reduces the fully protected areas from 41% to 24% of the park. This would allow various types of commercial fishing in most of the park, including the use of long lines to catch tuna. A 2010 independent assessment of fishing in marine parks along the east coast had concluded that this practice posed an “unacceptable risk” to seabirds, whales, sharks and turtles.

In a 21 July statement, the government’s environment minister, Josh Frydenberg, said that the proposals represent a “much more balanced, scientific approach than those previously undertaken for marine parks. These plans protect what needs to be protected, without negatively impacting communities and our country’s economy.”

But Meeuwig says that the government is ignoring recommendations from its own review, and that research contradicts the government’s claim that the plans are based on science. “It’s saying partially protected areas can achieve conservation outcomes. We know that’s not true.”

One study, for example, published in 20141, showed that fully protected areas, often called no-take zones, were essential for adequate conservation of marine ecosystems. The expert scientific panel convened by the government’s review also acknowledged “the significant body of scientific literature that demonstrates the effectiveness of … no take zones … in achieving conservation outcomes”.

But Sally Barnes, director of the National Parks agency, which wrote the draft plans, told Nature that they achieve the right balance between conservation and use. The plans are open for public comment until September.