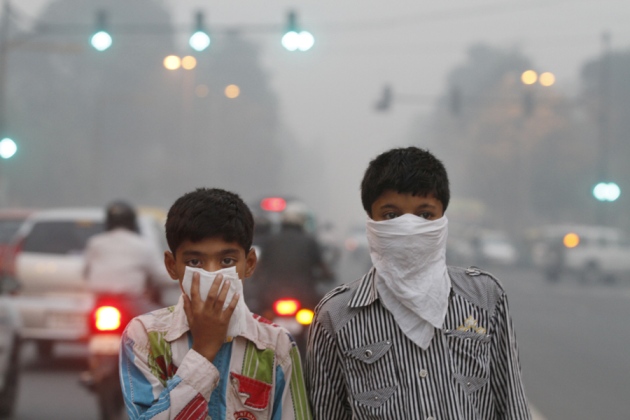 In the coming decades, India will suffer some of the worst effects of stagnating air due to climate change.

Climate change is poised to worsen air quality in many parts of the globe, according to a study published today in Nature Climate Change1. By the end of the century, more than half of the world’s population will be exposed to increasingly stagnant atmospheric conditions, with the tropics and subtropics bearing the brunt of the poor air quality.

A team led by Daniel Horton, a climate modeller at Stanford University in California, used 15 global climate models to track changes in the number and duration of atmospheric stagnation events, in which stationary air masses develop and allow soot, dust and ozone to build up in the lower atmosphere. “Much of the air-quality community focuses on pollutants,” says Horton. “This study takes a step back and looks at the weather or climate component that can lead to the formation of hazardous air quality.”

How worsening air quality due to stagnation would affect different regions has been poorly studied, and there are few estimates of human impact. The new study shows just how widespread the effects will be, says Jason West, an environmental scientist at the University of North Carolina at Chapel Hill.

Air stagnation arises from three meteorological ingredients: light winds, a stable lower atmosphere and a day with little or no precipitation to wash away pollution.

In a high greenhouse gas emissions scenario, Horton and his colleagues calculate that 55% of the global population will experience more air stagnation by 2099. Large swathes of India, Mexico and the Amazon could see up to 40 more stagnant air days per year compared to the average annual tally from 1986 to 2005, representing increases of 40%, 19% and 28% respectively. The team did not find major changes in the globe's high northern latitudes, Saharan Africa or most of Australia.

The researchers then factored in current population size to quantify human exposure to daily stagnation events and air pollution. The impacts are especially intense in India, Mexico and the western United States. By far, the largest uptick in overall human exposure will be in India, says Horton, due to the country's enormous population, along with the increases in atmospheric stagnation.

But it nevertheless portends dire consequences, says Susanne Grossman-Clarke, an urban climatologist at the Potsdam Institute for Climate Impact Research in Germany. ”Combine these stagnant air masses with extreme heat and a great number of people may end up sitting in emergency rooms,” she says.