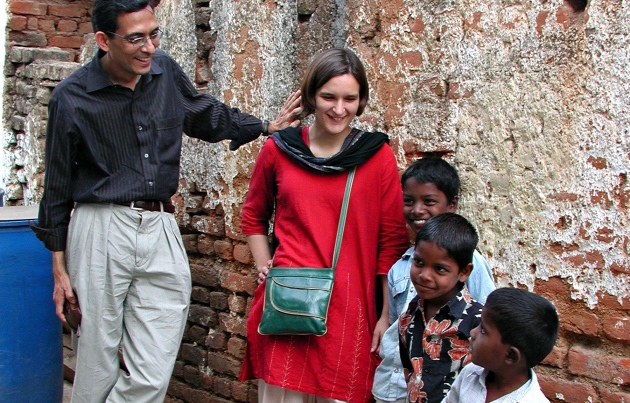 Giving some of the world’s poorest people a two-year aid package — including cash, food, health-care services, skills training and advice — improves their livelihoods for at least a year after the support is cut off, according to the results of an experiment involving more than 10,000 households in six countries.

The poverty intervention had already been trialled successfully in Bangladesh, and the study's researchers say it shows the approach works in other cultures too. "We finally have truly credible evidence that a programme for the poorest of the poor can really help them meaningfully reduce their poverty," says Dean Karlan, an economist at Yale University in New Haven, Connecticut, and a co-author of the study, reported today in Science1. “Until now, we haven’t really been able to go to a government outside Bangladesh and say, we’re confident this works."

Ethiopia, one of the countries that was in the trial, is planning to continue and scale up the intervention to cover around 3 million people, says Karlan, and Pakistan and India are considering scaling up interventions, too.

Outside experts are more cautious, but still impressed, particularly because the work was done as a randomized control trial — in which people were randomly assigned to either an intervention or a control group. Most poverty interventions have failed to show sustainable benefits in such trials, so the effectiveness of the programme justifies countries considering the strategy, says Jonathan Morduch of New York University, who studies microfinance and poverty. He cautions that pilot studies tend to work better than scaled-up versions because they receive much more attention and oversight.

The idea of assessing poverty inventions in randomized control trials, in the same way as drugs and vaccines are tested, was developed over the past decade by the Abdul Latif Jameel Poverty Action Lab (J-PAL), at the Massachusetts Institute of Technology in Cambridge (see 'International aid projects come under the microscope’), and by Innovations for Poverty Action, a non-profit organization founded by Karlan that coordinated the latest study.

The particular programme tested in the study is known as the graduation model, because it is intended to ‘graduate’ people out of extreme poverty. It was invented in Dhaka by the Bangladesh Rural Advancement Committee (BRAC), one of the world's largest non-governmental development organizations. More than 1 billion people in the world live on less than US$1.25 per day, but the graduation model targets the hundreds of millions who live on less than 70 cents per day. These are mostly rural women and slum dwellers who are often dependent on aid to survive.

By 2011, BRAC had already reached some 400,000 households in Bangladesh, and its programme has been proven highly effective in a randomized trial. In the latest programme, designed to see whether the intervention would work elsewhere, households were given assets such as goats, sheep or chickens to start farming, or the means to open a shop, and then supported with food, cash, a savings account, and access to health care while they were getting their activity up and running. Coaches visited them regularly over a two-year period to offer advice — such as how to manage money — and to keep them on track.

Overall, one year after the intervention stopped, the experiment produced a 14% increase in assets and a 96% increase in savings, compared with similar groups of people not enrolled in the program, the paper says. "Effects often fade over time, so seeing results persist for a year is already quite impressive," says Morduch. It shows that a coordinated short-term intervention can put very poor people on the first rung of the ladder of escape from extreme poverty.

But although the intervention was successful in Ethiopia, Ghana, India, Pakistan and Peru, it failed in Honduras. There, poor households were mostly given imported chickens, many of which caught local diseases and died.

The intervention is not cheap. Costs per household ranged from $1,455 in India to $5,962 in Pakistan, although they were offset by positive returns on investment ranging from 133% in Ghana to 433% in India. The researchers hope to cut costs in future by scaling back the experiment's more expensive components, such as training.

And although the intervention worked in diverse cultures outside Bangladesh, it also will probably not work everywhere. A randomized trial of the graduation model in rural southern India that Morduch and colleagues published in March2 failed to show any benefits. Residents there turned out not to be keen to become farmers, Morduch says, and most ended up selling the livestock that they were given to take up paid labour.

The graduation model is not a panacea. Historically, the biggest reductions in extreme poverty have resulted from economic growth, notes Karlan. The percentage of those living on less than $1.25 a day in developing countries fell from 43% in 1990 to 17% in 2011, driven largely by economic growth in China and India. But trickle-down economic improvements will not end extreme poverty any time soon, he says, so there is still a role for bottom-up interventions.

An earlier version of this story stated that Dean Karlan works at J-PAL. Although he is affiliated with the organization, much of his work was actually done through the non-profit Innovations for Poverty Action in New Haven, Connecticut, which coordinated the research.