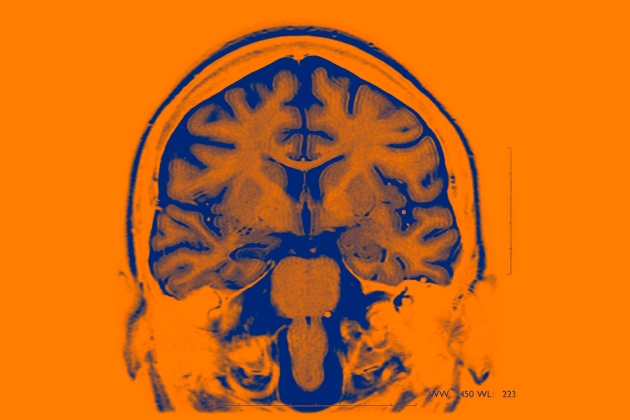 Brain implants are used to treat epilepsy and movement disorders.

Brain implants that deliver electrical pulses tuned to a person’s feelings and behaviour are being tested in people for the first time. Two teams funded by the US military’s research arm, the Defense Advanced Research Projects Agency (DARPA), have begun preliminary trials of ‘closed-loop’ brain implants that use algorithms to detect patterns associated with mood disorders. These devices can shock the brain back to a healthy state without input from a physician.

The work, presented last week at the Society for Neuroscience (SfN) meeting in Washington DC, could eventually provide a way to treat severe mental illnesses that resist current therapies. It also raises thorny ethical concerns, not least because the technique could give researchers a degree of access to a person’s inner feelings in real time.

The general approach — using a brain implant to deliver electric pulses that alter neural activity — is known as deep-brain stimulation. It is used to treat movement disorders such as Parkinson’s disease, but has been less successful when tested against mood disorders. Early evidence suggested that constant stimulation of certain brain regions could ease chronic depression, but a major study involving 90 people with depression found no improvement after a year of treatment.1

The scientists behind the DARPA-funded projects say that their work might succeed where earlier attempts failed, because they have designed their brain implants specifically to treat mental illness — and to switch on only when needed. “We’ve learned a lot about the limitations of our current technology,” says Edward Chang, a neuroscientist at the University of California, San Francisco (UCSF), who is leading one of the projects.

DARPA is supporting Chang’s group and another at Massachusetts General Hospital (MGH) in Boston, with the eventual goal of treating soldiers and veterans who have depression and post-traumatic stress disorder. Each team hopes to create a system of implanted electrodes to track activity across the brain as they stimulate the organ.

The groups are developing their technologies in experiments with people with epilepsy who already have electrodes implanted in their brains to track their seizures. The researchers can use these electrodes to record what happens as they stimulate the brain intermittently ― rather than constantly, as with older implants.

At the SfN meeting, electrical engineer Omid Sani of the University of Southern California in Los Angeles — who is working with Chang’s team — showed the first map of how mood is encoded in the brain over time. He and his colleagues worked with six people with epilepsy who had implanted electrodes, tracking their brain activity and moods in detail over the course of one to three weeks. By comparing the two types of information, the researchers could create an algorithm to ‘decode’ that person’s changing moods from their brain activity. Some broad patterns emerged, particularly in brain areas that have previously been associated with mood.

Chang and his team are ready to test their new single closed-loop system in a person as soon as they find an appropriate volunteer, Sani says. Chang adds that the group has already tested some closed-loop stimulation in people, but he declined to provide details because the work is preliminary.

The MGH team is taking a different approach. Rather than detecting a particular mood or mental illness, they want to map the brain activity associated with behaviours that are present in multiple disorders — such as difficulties with concentration and empathy. At the SfN meeting, they reported on tests of algorithms they developed to stimulate the brain when a person is distracted from a set task, such as matching images of numbers or identifying emotions on faces.

The researchers found that delivering electrical pulses to areas of the brain involved in decision-making and emotion significantly improved the performance of test participants. The team also mapped the brain activity that occurred when a person began failing or slowing at a set task because they were forgetful or distracted, and found they were able to reverse it with stimulation. They are now beginning to test algorithms that use specific patterns of brain activity as a trigger to automatically stimulate the brain.

Wayne Goodman, a psychiatrist at Baylor College of Medicine in Houston, Texas, hopes that closed-loop stimulation will prove a better long-term treatment for mood disorders than previous attempts at deep-brain stimulation — partly because the latest generation of algorithms is more personalized and based on physiological signals, rather than a doctor's judgement. “You have to do a lot of tuning to get it right,” says Goodman, who is about to launch a small trial of closed-loop stimulation to treat obsessive–compulsive disorder.

One challenge with stimulating areas of the brain associated with mood, he says, is the possibility of overcorrecting emotions to create extreme happiness that overwhelms all other feelings. Other ethical considerations arise from the fact that the algorithms used in closed-loop stimulation can tell the researchers about the person’s mood, beyond what may be visible from behaviour or facial expressions. While researchers won't be able to read people's minds, “we will have access to activity that encodes their feelings,” says  Alik Widge, a neuroengineer and psychiatrist at Harvard University in Cambridge, Massachusetts, and engineering director of the MGH team. Like Chang and Goodman’s teams, Widge’s group is working with neuroethicists to address the complex ethical concerns surrounding its work.

Still, Chang says, the stimulation technologies that his team and others are developing are only a first step towards better treatment for mood disorders. He predicts that data from trials of brain implants could help researchers to develop non-invasive therapies for mental illnesses that stimulate the brain through the skull. “The exciting thing about these technologies,” he says, “is that for the first time we’re going to have a window on the brain where we know what’s happening in the brain when someone relapses.”