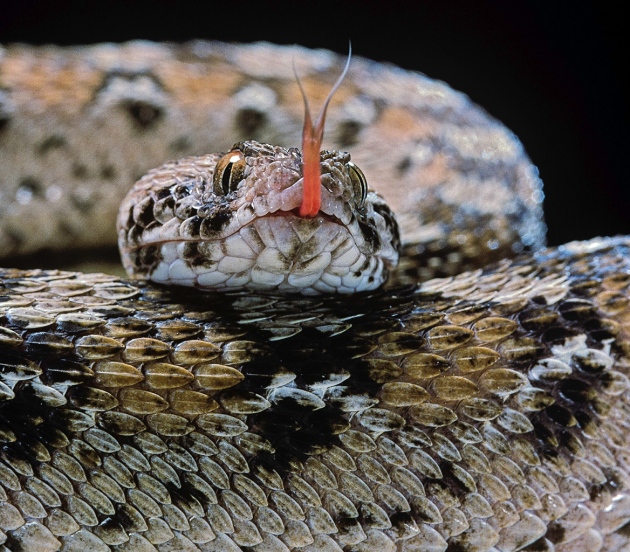 Rural Africa is facing a resurgence of a persistent plague that rarely makes headlines: snakebite.

By June next year, stockpiles of the anti-venom that is most effective against Africa’s vipers, mambas and cobras are expected to run out because the only company that makes the medicine has stopped production. With no adequate replacement in sight, the death toll from bites is set to rise, specialists warned at a tropical-medicine congress last week in Basel, Switzerland.

“We’re dealing with a neglected health crisis that is turning into a tragedy for Africa,” says Gabriel Alcoba, a medical adviser with the international humanitarian group Médecins Sans Frontières (MSF; also known as Doctors Without Borders).

Venomous snakes might seem an archaic menace in such a rapidly urbanizing world. Yet by cautious estimates, snakebites kill more than 100,000 people worldwide every year (see ‘Death toll’) — more, on average, than lose their lives in natural disasters. And survivors often experience permanent physical and mental disabilities.

It is uncertain how many people are bitten or die from snakebites in sub-Saharan Africa. But according to Médecins Sans Frontières (MSF; also known as Doctors Without Borders), whose health-care workers treat snakebites through field programmes in the Central African Republic and South Sudan, an estimated 30,000 people die each year and at least 8,000 more undergo amputations.

But snakebite mortality could be much higher than anecdotal reports suggest. For some countries, including the Democratic Republic of Congo — home to an enormous number of venomous snakes — there are no reliable data, says tropical-medicine specialist David Warrell at the University of Oxford, UK.

Under-reporting is not limited to Africa. The authors of a nationally representative snakebite-mortality survey, published in 2011, deduced that, despite the availability of antidotes, around 46,000 people in India die of snakebites every year (B. Mohapatra et al. PLoS Negl. Trop. Dis. 5, e1018; 2011). India’s Central Bureau of Health Intelligence reported merely 1,219 and 985 fatal bites for 2009 and 2010, respectively. One reason for the discrepancy, says Warrell, who co-authored the study, is that many victims of snakebites die before they reach a hospital, or waste precious time with traditional healers before seeking more-conventional medical help. Q.S.

In 2010, the French drug firm Sanofi Pasteur in Lyon ceased production of Fav-Afrique, an antibody serum that reduces the quantity of venom circulating in the blood of a snakebite victim. Made from the purified plasma of horses previously injected with small quantities of snake venom, the serum neutralizes the venom of many of Africa’s most dangerous snakes.

The antidote has saved many people from bites by deadly species such as the carpet viper (Echis ocellatus), common in West Africa, and the black mamba (Dendroaspis polylepis), found across the sub-Saharan region. But the high costs — US$250–500 per person — and a supply shortage mean that only about 10% of snakebite victims in Africa get treatment, and the company says that producing the antidote is no longer profitable. Cheaper products by competitors have forced Sanofi Pasteur out of the African market, says Alain Bernal, a company spokesman. Sanofi Pasteur is working to enable the transfer of know-how to companies willing to take over production of Fav-Afrique, he says.

Pharmaceutical companies in South Africa, India, Mexico and Costa Rica are among those marketing cheaper products — some of which work well against snakes in their host nations. But their safety and effectiveness against the large variety of species in Africa have not yet been established in clinical trials. To speed up the process, MSF is offering two of its hospitals in the Central African Republic (CAR) and South Sudan as study sites. But it will take at least two years to validate the products in development, and none is as broadly efficient as Fav-Afrique, Alcoba says.

Although just now becoming critical, Africa’s snakebite problem has been smouldering for years, says tropical-medicine specialist David Warrell of the University of Oxford, UK, who consults for the World Health Organization (WHO). Snakebite fatalities have been rising over the past decade in the CAR, Ghana and Chad — in part owing to a failure to train enough medical staff, ignorance from health ministries and “unscrupulous marketing” of inappropriate antivenoms, he says. “War-torn countries have many other problems. But the millions of children, poor farmers and nomadic people at risk of snakebites just don’t have the ear of politicians in capital cities.”

And according to Warrell, the WHO has done little to help. To improve the safety and efficacy of antibodies, the agency has released guidelines for producing antivenoms. But it has no formal programme for improving treatment by training medical workers, advising ministries or educating communities, as it does for 17 otherneglected tropical diseases, including dengue and sleeping sickness. And yet, says Warrell, snakebites cause more deaths than do all 17 diseases put together.

Warrell says that, while waiting for clinical trials to bring replacements for Fav-Afrique to the market, the keys to reducing the risk of snakebite are education and preventive measures — such as wearing proper shoes, using a light when walking home from the fields and sleeping above ground level, beneath a mosquito net.

Thankfully, says Alcoba, the global-health community is starting to grasp the urgency of the situation. “People used to laugh when we talked about snakebites,” he says. “They don’t laugh any more.”

This story originally described snakes as poisonous instead of venomous. The text has now been amended.