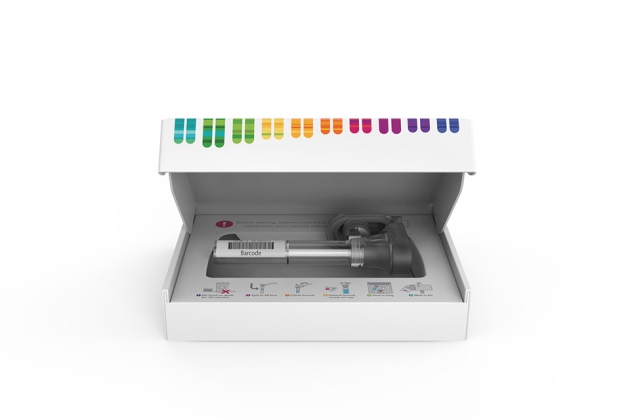 The US Food and Drug Administration (FDA) has approved the first at-home genetic test that can help to determine a person’s risk of developing certain diseases.

Today’s long-awaited action allows the consumer-genetics firm 23andMe to market a test for 10 genetic conditions, including Alzheimer’s and Parkinson’s diseases, to consumers — and paves the way for a wave of do-it-yourself diagnostic tests. The company says that it will begin offering the new service in the coming months.

“It’s a watershed moment for us and the FDA,” says Kathy Hibbs, chief legal and regulatory officer at 23andMe, which is based in Mountain View, California. “We are all really tired and really happy.”

Since 2006, people have been sending small vials of spit to the company, which analyses the DNA within the saliva to provide genetic insights into its customers’ ancestry and traits, such as hair colour. The company once offered DNA testing that described a person’s risk of developing 240 health conditions, but the FDA ordered 23andMe to halt the service in 2013. The agency was concerned that consumers would rely on the company’s information to make medical decisions, despite uncertainty about its accuracy.

Two years later, in 2015, the FDA eased those restrictions, allowing 23andMe to reveal whether its customers carried genetic glitches that could cause any one of 36 diseases in their children. Such tests do not provide information about a person’s own disease risk, however.

Today’s ruling allows 23andMe to tell its customers whether they possess genetic mutations that are strongly associated with a small group of medical conditions; these include Parkinson’s disease, late-onset Alzheimer’s disease, coeliac disease and a hereditary blood-clot disorder called thrombophilia. But this testing is not equivalent to a medical diagnosis, because lifestyle, family history and environment also influence a person’s risk of developing disease.

Hank Greely, a bioethicist at Stanford University in California, worries that consumers might not understand the limits of the test results without help from a genetic counsellor or a physician — particularly as 23andMe expands the medical conditions that it covers, and other companies begin to offer similar services. “I’m not a big fan of cutting out the middleman when the middleman is a trained professional and most of the country doesn’t understand much about health,” Greely says.

Still, he is pleased by the FDA’s decision because it could reduce companies’ incentive to look for loopholes in the US government’s rules for genomic tests. Since 2010, the agency has sent letters to more than 20 firms suggesting that their products be regulated as medical devices.

“This shows that working with the FDA can be a route forward,” Greely says. “Silicon Valley has a neurosis about the FDA and regulation, and that is not helpful — particularly in healthcare, where lives are at stake.”