Like the other Nature titles, Nature Cell Biology has no external editorial board. Instead, all editorial decisions are made by a dedicated team of professional editors, with relevant research and editorial backgrounds.

Christina Kary (formerly McPhee) obtained her PhD in 2010 from the University of Maryland. Her doctoral work with Eric Baehrecke focused on the role of autophagy during cell death in Drosophila. As a Jane Coffin Childs postdoctoral fellow with Susan Mango at Harvard University, Christina studied the role of the pioneer factor PHA-4/FoxA DNA binding in cell fate specification during C. elegans organ formation. Christina worked as an editor at Genes & Development and PLOS Biology before joining Nature Cell Biology in August 2016. Christina is based in the New York office.

Christine Weber received her PhD in 2014 from the University of Cambridge, UK. After completing a Master's degree, studying beta-secretase protein interactions in Alzheimer's disease at King's College London, she briefly worked for a pharmaceutical company. Christine then joined the lab of Fiona Watt in Cambridge for her doctoral work, which focused on the role of myeloid immune cells and different epidermal stem cell populations in skin carcinogenesis. Before joining Nature Cell Biology in 2016, she worked as an editor at Nature Reviews Gastroenterology & Hepatology. Christine is based in the London office.

Jie Wang obtained her PhD in 2010 from Shanghai Jiao Tong University School of Medicine, where she studied the role of reactive oxygen species during tumor development. From 2008 to 2011, Jie continued her research in the lab of Lou Lu at University of California, Los Angeles (UCLA), first as an exchange PhD student and then a post-doctoral fellow, focusing on transcriptional regulation of eye-specific genes by CTCF-mediated chromatin structures. Jie worked as a scientific editor at Cell Research before joining Nature Cell Biology in April 2017. Jie is based in the Shanghai office.

Zhe Wang received his PhD from Purdue University in 2013. His doctoral work with Harm HogenEsch aimed to understand the role of SHARPIN in inflammation and its relevance to autoimmune diseases. Zhe then joined the lab of Patrick Hwu at MD Anderson Cancer Center, where he studied host resistance to cancer immunotherapy. Zhe worked as scientific editor at The Journal of Experimental Medicine before joining Nature Cell Biology in January 2018. Zhe is based in the Shanghai office. 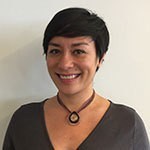 Angela is a consulting editor for Nature Cell Biology and is also a senior editor at Nature Communications, which she joined in July 2018. She received her PhD from the University of California, San Diego for her work at the Salk Institute engineering site-specific unnatural amino acid incorporation in vivo in C. elegans. She performed postdoctoral research at Sloan Kettering Institute examining the role of Axin proteins in Wnt signaling during early mouse embryogenesis and in intestinal cancer. She currently handles cell biology manuscripts including cellular metabolism, autophagy, and organelle biology. Angela is based in the New York office. 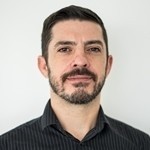 Robert is a consulting editor for Nature Cell Biology and is also a senior editor at Nature Communications, which he joined in spring 2017. He obtained his PhD at the University of Toronto, where he studied the role of morphogenesis in the development of the first three cell lineages in preimplantation mouse embryos. For his postdoctoral work he moved to the Center for Developmental Biology in Kobe, Japan to study the transcription factor interaction network stabilizing pluripotency in mouse embryonic stem cells. Robert is based in our Shanghai office.