The University of Pennsylvania in Philadelphia said yesterday that two of its psychiatrists were rightful authors of a widely cited 2001 paper on a controversial antidepressant. It also said that that the scientific authors broke no rules in place at the time when the final publication failed to acknowledge a medical writing company paid by the drug's maker to help prepare the manuscript.

“While current journal and [university] policy call for the acknowledgement of the assistance of a medical writer...guidelines in place in 2001 did not,” the university's school of medicine said in a statement. 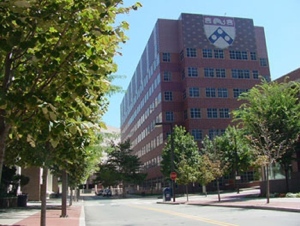 The University of Pennsylvania won't retrospectively apply its rules on ghostwriting to two psychiatrists accused of misconduct.

In July last year, psychiatrist Jay Amsterdam wrote to the US Office of Research Integrity, the body responsible for investigating research misconduct in US Public Health Service agencies and its grant recipients, accusing department chairman Dwight Evans and his colleague Laszlo Gyulai — as well as three authors from other institutions — of taking undue credit for authorship of a paper on the drug Paxil (paroxetine)1.  The paper also failed to acknowledge that three other, non-academic authors were employees of GlaxoSmithKline (GSK), the drug's maker, at the time the study was conducted. The authors submitted this information to the American Journal of Psychiatry, but it was not published.

Amsterdam also alleged that the paper put Paxil, made by GSK, in an unduly favourable light. Paxil, marketed as Seroxat outside the United States, has been blamed for increased suicidal impulses in young people, but the claim has been mired in controversy and extensive, ongoing litigation.

The university's Perelman School of Medicine launched an investigation of the allegations, and concluded in a statement that there is “no merit to [Amsterdam’s] allegations of research misconduct. Drs. Evans and Gyulai satisfied all authorship criteria and the publication presented the research findings accurately”.

“It’s important to note,” it added, “that the results of the study were negative to the sponsor’s product [and] were so characterized in the publication.”

Evans has welcomed the university's findings and says that the investigation found that “each and every allegation lacked substance and credibility”.

But Lisa Lehmann, the director of the Center for Bioethics at Brigham and Women's Hospital in Boston, notes that the study's findings were not unequivocally negative. “Penn noted that the study was negative and seems to imply that diminishes concerns about bias, but this is not entirely true. There is a segment of the population, those with low serum lithium levels, for whom the study recommends the medication.”

Ghostwriting is the practice in which unnamed authors, usually paid by companies whose drugs are under study, write papers on behalf of those credited as authors. In this case GSK employed a medical writing company, Scientific Therapeutics Information in Springfield, New Jersey, to help prepare the manuscript.

The university's current policy, adopted in 2010, prohibits its researchers from allowing their names to be put on papers written by unacknowledged writers. Stephen MacCarthy, the university's vice-president for communications, says that “the university simply cannot punish someone when they complied with the rules that were in place at the time”.

Sheldon Krimsky, a public-health expert at Tufts University in Medford, Massachusetts, agrees with MacCarthy’s assessment. “Everyone recognizes that the older norms were not satisfactory. That doesn’t mean that people should be penalized for operating under those norms."

But Bijan Esfandiari at the legal firm Baum, Hedlund, Aristei and Goldman in Los Angeles, California, who is representing Amsterdam, says that “ghostwriting is essentially fraud. I don’t ever recall that in 2001 it was okay to engage in fraud. They [the university's leaders] have bent over backwards to whitewash the conduct of their faculty.”

Esfandiari says that later this month he is going to submit a point-by-point rebuttal of the university’s findings to the Office of Research Integrity, which is still considering the matter and says that it does not comment on ongoing investigations. Esfandiari will also send his rebuttal to the office of Senator Charles Grassley (Republican, Iowa), who is investigating Amsterdam's allegations as part of a larger look at the ghostwriting policies of institutions that receive federal funding.

Gary Sachs, another of the paper’s academic authors, is founding director of the Bipolar Clinic and Research Program at Massachusetts General Hospital and a psychiatrist at Harvard Medical School in Boston. Yesterday, he applauded the University of Pennsylvania's findings. “The accusations that were made were really very serious. I’m glad that they were found to be baseless. This is something that harms the reputations of all of us, and hurts patients because it undermines confidence in the science.”