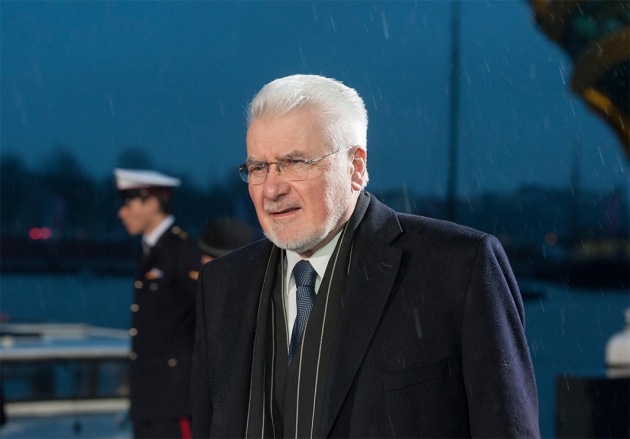 Earlier this year, cell biologist Attila Reményi was facing his toughest decision since returning to his native Hungary a decade ago. With his generous start-up funding about to run out, should he downsize his lab?

Then, in June, the government’s National Research, Development and Innovation Office (NRDIO) put out a call for five-year basic-research grants of up to 300 million Hungarian forints (US$1.18 million) each for highly cited scientists such as Reményi. “It came out of the blue,” says Reményi at the Hungarian Academy of Sciences (HAS) Research Centre for Natural Sciences, Budapest, who learnt on 13 November that he was among 12 winners.

But for NRDIO president József Pálinkás, the Frontline Research Excellence grants are the result of years of work. They are part of a plan to create a long-term, systematic plan of grants and rewards to encourage researchers in all fields to strive for world-class publications and to tempt Hungarian scientists working abroad to return. In a country whose leaders are coming under increasing criticism for autocratic and xenophobic tendencies, scientists say that the situation for science has never been rosier.

Under Viktor Orbán’s nationalist government, this small, post-communist country has been steadily falling on The Economist magazine’s Democracy Index. Last year, several foreign members of the HAS resigned, citing the failure of the academy to protest against what they saw as anti-democratic moves by the government. HAS president, mathematician László Lovász, responded that the academy is not a political organization. Scientists in the country are noticeably reluctant to comment publicly on politics, and several young researchers told Nature they fear that criticizing the government might compromise their careers.

Yet within this troubled political environment, Pálinkás, a physicist, has spent the past few years quietly persuading the government that basic science matters as much as product-focused research. Shortly after becoming president of the HAS in 2008, he created the Momentum system of start-up funding — one-time, five-year grants of up to 50 million forints per year — to encourage Hungarian scientists to set up independent labs back home. Reményi was a Momentum recipient in 2013.

In 2015, Pálinkás left HAS to become the founding director of the NRDIO, where he designed a system of regular grants to help ensure that returnees stay after the start-up money runs out. The frontline grants are a key part of this, giving the recipients salaries equivalent to the European Union average, which is two-and-a-half times higher than the salary that a scientist would normally earn in Hungary. Around 50 of these grants will eventually run each year. The programme is modelled on European Research Council grants, but with a twist: only those who have published a paper in the past five years that counted among the top 10% most-cited papers in their discipline are eligible to apply. This approach “creates a lot of tension in the community, but without such serious selection science won’t work well,” says Pálinkás. To further encourage scientists to aim for quality over quantity, last year he introduced another reward for high-impact publication: researchers who within two years have a paper among the top 5% most highly cited in their field automatically receive a one-off payment of 20 million forints.

Hungary has a long tradition of research and outperforms other former communist countries in the EU on many measures. It has won more European Research Council grants and was the only country this year to win two Teaming grants: prestigious EU awards to create centres of excellence in 15 mostly eastern European countries in partnership with a western European research organization. It has also made some large investments, most generously in the Hungarian Brain Research Programme, launched in 2014, which has received 18.5 billion forints up to 2021 and enabled many principal investigators to start their own labs. A 3-billion-forints programme has just been agreed in quantum technology. Five new programmes in areas including artificial intelligence and water research will be added next year, thanks to a 3% increase in the NRDIO budget, agreed in principle this month.

Hungary’s research performance still lags behind that of science-strong western European countries, however, and at 1.2% of gross domestic product, its research investment is well below the EU average of 2%. To support its scientific ambitions, Hungary has heavily invested its EU structural funds — subsidies to poorer regions — in expanding research infrastructure. The country’s scientists fear that when the current round of these funds runs out in 2019, these major investments may go to waste.

Pálinkás says that to avoid this, he will request a doubling of the national research budget in 2019. And despite the political challenges, Hungarian scientists seem optimistic: “The situation for science is better than it has been before,” says Reményi. Immunologist Adam Dénes returned from the United Kingdom in 2012 to start his own lab at the HAS Institute of Experimental Medicine in Budapest, a move he describes as a “political, philosophical and career challenge”. But for now, he says, “the pluses are more than the minuses.”

An earlier version of this story understated the funding for the Hungarian Brain Research Programme.