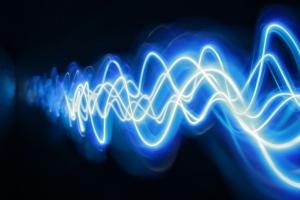 Theoretical physicists propose that wavefunctions are not just statistical tools.

The philosophical status of the wavefunction — the entity that determines the probability of different outcomes of measurements on quantum-mechanical particles — would seem to be an unlikely subject for emotional debate. Yet online discussion of a paper claiming to show mathematically that the wavefunction is real has ranged from ardently star-struck to downright vitriolic since the article was first released as a preprint in November 2011.

The paper, thought by some to be one of the most important in quantum foundations in decades, was finally published last week in Nature Physics (M. F. Pusey, J. Barrett & T. Rudolph Nature Phys. http://dx.doi.org/10.1038/nphys2309; 2012), enabling the authors, who had been concerned about violating the journal’s embargo, to speak about it publicly for the first time. They say that the mathematics leaves no doubt that the wavefunction is not just a statistical tool, but rather, a real, objective state of a quantum system. “People have become emotionally attached to positions that they defend with vague arguments,” says Jonathan Barrett, one of the authors and a physicist at Royal Holloway, University of London. “It’s better to have a theorem.”

The authors have some heavyweights in their corner: their view was once shared by Austrian physicist and quantum-mechanics pioneer Erwin Schrödinger, who proposed in his famous thought experiment that a quantum-mechanical cat could be dead and alive at the same time. But other physicists have favoured an opposing view, one held by Albert Einstein: that the wavefunction reflects the partial knowledge an experimenter has about a system. In this interpretation, the cat is either dead or alive, but the experimenter does not know which. This ‘epistemic’ interpretation, many physicists and philosophers argue, better explains the phenomenon of wavefunction collapse, in which a quantum state is fundamentally changed by measuring it.

Barrett and his colleagues are following the approach of physicist John Bell, who in 1964 proved that quantum mechanics has another counterintuitive implication: that measurements on one particle can influence the state of another, distant particle, faster than the speed of light should allow. Bell’s was a ‘no-go’ theorem: its strategy was to show that theories that do not allow faster-than-light influences cannot reproduce the predictions of quantum mechanics. Similarly, the theorem proposed by Barrett and his colleagues shows that theories that treat the wavefunction in terms of lack of knowledge of a system’s physical state will also fail to reproduce those predictions. Given how well-confirmed quantum mechanics is, the theorem suggests that such epistemic theories are wrong. “I hope this will take its place alongside Bell’s theorem,” says Barrett.

If the wavefunction simply reflects the experimenter’s uncertainty, then different wavefunctions could represent the same underlying reality, says Terry Rudolph, an author on the paper and a physicist at Imperial College London. Rudolph gives the example of a die that can be prepared to give either even numbers, with a 1/3 probability of getting 2, 4 or 6; or prime numbers, with a 1/3 probability of getting 2, 3 or 5. The real state 2 can be produced by either preparation method, so the same reality underlies two different probabilistic models. The authors show, however, that the same reality cannot underpin different quantum states.

Their theorem does, however, depend on a controversial assumption: that quantum systems have an objective underlying physical state. Christopher Fuchs, a physicist at the Perimeter Institute in Waterloo, Canada, who has been working to develop an epistemic interpretation of quantum mechanics, says that he has avoided the interpretations that the authors exclude. The wavefunction may represent the experimenter’s ignorance about measurement outcomes, rather than the underlying physical reality, he says. The new theorem doesn’t rule that out.

Still, Matt Leifer, a physicist at University College London who works on quantum information, says that the theorem tackles a big question in a simple and clean way. He also says that it could end up being as useful as Bell’s theorem, which turned out to have applications in quantum information theory and cryptography. “Nobody has thought if it has a practical use, but I wouldn’t be surprised if it did,” he says.

Because it is incompatible with quantum mechanics, the theorem also raises a deeper question: could quantum mechanics be wrong? Everyone assumes that it reigns supreme, but there is always a possibility that it could be overturned. So Barrett is now working with experimentalists to check predictions that differ between the theory and the epistemic accounts it conflicts with. “We don’t expect quantum mechanics would fail this test, but we should still do it,” he says.