Stephen is Editor-in-Chief of the BDJ portfolio. He is a dentist, writer, editor, publisher and performer. He was appointed OBE in 1997 by Her Majesty Queen Elizabeth II for services to the dental profession and subsequently has been awarded Honorary Membership of the British Dental Association, the American Dental Association and a place in the prestigious FDI’s List of Honour. He has an MA from the Central School of Speech and Drama, London in Advanced Theatre Practice and is also well known for chairing, lecturing and after-dinner speaking. Additionally, he has a gardening series on YouTube entitled Let's Go Gardening. 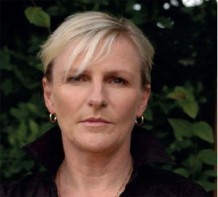 Liz was the Founding Dean of the first new dental school in the UK for a generation. She developed an exciting new way of producing dental graduates, and introduced new methods of assessing dental undergraduate progress and competence. As Oral Health Topic Expert she played a key part in the development of all the most recent NICE oral health guidelines and she developed and led an MBA in Healthcare.

She was the only dental representative on the Equality Challenge Unit’s Athena Swan Committee. Liz is proud to be Trustee and Immediate Past President of the Oral Health Foundation and Vice Chair of the British Medical and Dental Student’s Trust. Liz is also a Non Executive Director of Plymouth University Hospitals Trust and, most importantly, Editor of Evidence-Based Dentistry. 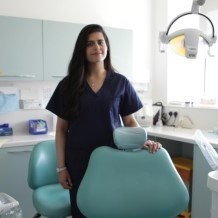 Sahar Tara Aghababaie is an orthodontic registrar and also works in general practice, treating and managing patients of all ages. She also deals with the overall management of the practice.

Sahar graduated from King’s College London, following this she worked in general practice in London and completed further postgraduate training in academic teaching and Dental Education. She continued her clinical training and completed her dental core training at the Eastman Dental Hospital - Paediatric Department, treating anxious and medically compromised children. She went on to become a lecturer, teaching with paediatric consultants at Northwick Park Hospital to dental professionals on the management of paediatric patients through the NHS ‘starting well campaign’. In 2019, Sahar started her specialist training and is now an orthodontic registrar at The Royal ENT and Eastman Dental Hospital in London. 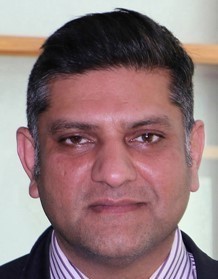 Kamran Ali is a Professor of Dental Education and an Honorary Consultant in Oral Surgery at the University of Plymouth, Peninsula Dental School, UK.

He is also a National Teaching Fellow of the Advance Higher Education UK. Kamran does research in Oral Surgery and Dental Education. 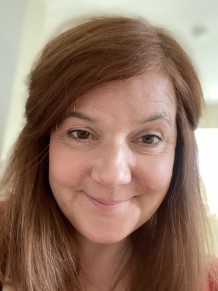 Sarah is a Professor of Psychology as applied to Dentistry at the University of Sheffield, UK. She is also a Chartered Psychologist of the British Psychological Society and Honorary Professor at University College London.

Sarah was an executive member of the Behavioural, Epidemiologic, and Health Services Research group of the IADR from 2010-19, serving as President from 2013 to 2014. She has been Associate Editor of the journal Community Dentistry and Oral Epidemiology since 2010. She is also currently on the Editorial Board for the journals Community Dental Health and International Dental Journal. Sarah is currently a council member and research lead for the British Association for the Study of Community Dentistry.

She was awarded the prestigious 2018 Distinguished Scientist Award for Behavioural, Epidemiologic and Health Services Research by the International Association of Dental Research (IADR) which recognises outstanding achievements in the areas of behavioural science and health services research as they relate to dentistry. She has also been awarded the IADR Giddon Award for Distinguished Research in Behavioural Sciences in both 2013 and 2016. Her central research interest is the examination of the psychological, social and behavioural factors which influence how individuals experience oral health conditions and dental treatment. 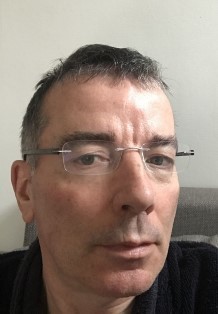 His research interests include research in primary care, cariology and research involving children. 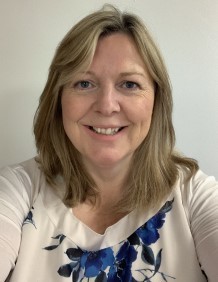 Gail is Professor of Dental Public Health at the University of Leeds and honorary consultant with Public Health England. Her dental degree was obtained at the University of Dundee, as were her Medical Psychology BMSc, MPH and PhD on the topic of secondary caries diagnosis and its health economics. Recent research includes co-leading the FiCTION randomised clinical trial on managing children’s caries in primary care and being part of the INTERVAL trial team investigating recall intervals. Main areas of research interest lie in caries diagnosis, prevention and treatment. She is also very involved in dental epidemiology, training and calibrating examiners for surveys and research worldwide. 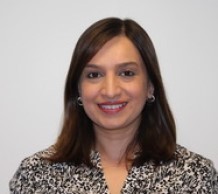 Fariha has been teaching at King’s College London at undergraduate and postgraduate levels since 2008. As Deputy Programme Director for the Fixed and Removable Prosthodontics MClinDent course, she is responsible for course design, delivery and hands-on training of this Masters programme which is delivered by a blend of online and face to face teaching. Dr Hussain was awarded a Teaching Excellence Award in 2016.

In her role as an education associate for the General Dental Council (UK), Dr Hussain advises on quality assurance of dental education in universities and higher education institutions. She is involved in the provision of continuing professional development courses for general dentists. 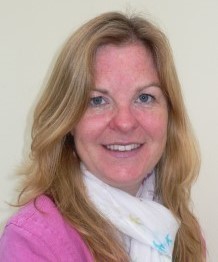 Zoe joined the University of Sheffield in 2002 and currently works as a professor of dental public health and as an honorary consultant. Her main interest is child-centred dental research to improve the oral health and treatment experiences of children and their families by influencing policy and clinical practice. She has published widely on this topic and has led several funded projects in this area. 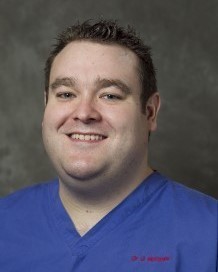 Gerry is a Reader/Consultant in Restorative Dentistry working in Queen’s University Belfast. He is the President of the Geriatric Oral Research Group within the International Association for Dental Research and former President of the European College of Gerodontology. His research interests are focused on improving care for older people and he is a principal investigator in the Centre for Public Health in Queen’s University Belfast where he leads Oral Health research. Gerry has published widely on gerodontology and his research is supported by the National Institute for Healthcare Research (NIHR), Dunhill Medical Trust, Erasmus + and the Economic and Social Research Council. 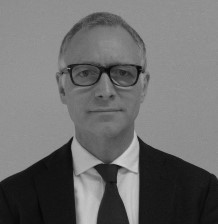 Reint has a private practice exclusively for orthodontics in Milan, Italy. He started his office in 1989. He is an Associate Editor for the Springer Nature journal Systematic Reviews and is a senior scientist in the Department of Oral and Maxillofacial Surgery at the University of Amsterdam.

Reint has a special interest in evidence-based health care, peer-reviewing, systematic reviews and meta-analyses, and research integrity. He conducts research studies on clinical and meta-epidemiological issues with various groups in the USA, Italy and the Netherlands. He obtained his DDS and PhD from the University of Amsterdam. He received his orthodontic specialty degree and a MSc in oral biology from Northwestern University, Chicago. He has a MSc in evidence-based health care from the University of Oxford, UK. 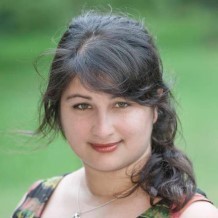 Mona is the Associate Professor in Evidence-Based Dentistry in Dental School, Faculty of Health, University of Plymouth. She has taught evidence-based health care to undergraduate, postgraduate students, faculties and researchers in UK, Brazil, Iran, Bahrain, Turkey and Germany. She is the founder and co-convenor of the Cochrane Priority Setting Methods Group, a member of the steering group of Evidence-Based Research Network and currently the president of the Evidence-based Dentistry Network of International Association of Dental Research (IADR). Her current research interest focuses on meta-research on how research funders contribute to reducing research waste, methods to prioritise research and set a research agenda, using a combination of clinical epidemiology and creative and interdisciplinary approaches to innovate the concept of clinical trials for future space missions, develop methods to conduct systematic reviews focused on aerospace medicine and finally design and pilot innovative approaches towards social engagement in research specifically on engagement of disadvantaged groups. 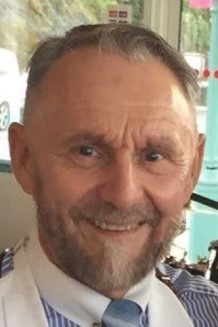 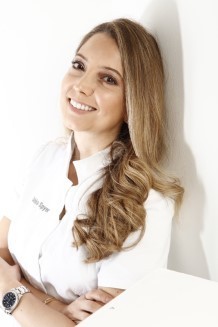 Erika is a general dentist with an interest in aesthetic dentistry. She graduated in Colombia and re-qualified as a dentist in the UK by successfully completing the Overseas Registration Examination (ORE). She joined UCL Eastman Dental Institute at the Continuing Professional Development (CPD) Department in 2008 where she participated in numerous research projects. Erika is currently appointed as an Honorary Senior Clinical Teaching Fellow.

In addition, she is part of the reader panel at the British Dental Journal and is also an examiner for the Membership of the Faculty of Dental Surgery (MFDS) at the Royal College of Surgeons of England. 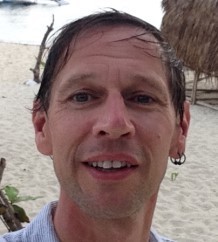 Simon is a GDP, working in an NHS Bupa practice in a predominantly high needs area of North Shields. Originally from Liverpool, he trained as a medic at the University of Edinburgh but late into the degree realised, he did not really fancy becoming a doctor. After retraining as a high school teacher, he spent 12 years teaching science and A level Biology in Liverpool and Manchester.

Simon graduated with a BDS (Hons) from Manchester in 2013. After spending two years as a dentist in Australia, Simon returned to the North East.

Simon firmly believes that communication is an underrated skill in dentistry. Educating patients in oral hygiene, disease process and helping them to make good lifestyle and diet choices is key to preventing and mitigating oral and systemic disease as well the subsequent burden on healthcare. 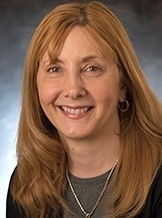 Analia is Clinical Professor of Oral and Maxillofacial Pathology, Radiology and Medicine and Director of Evidence-Based Dentistry at New York University (NYU), College of Dentistry. She teaches Evidence-Based Dentistry (EBD)  to undergraduate and postgraduate students, as well as coordinating and teaching EBD activities for Faculty. In 2011, she spearheaded a partnership between NYU Dentistry and the Cochrane Collaboration, which produces the Cochrane Reviews, considered the gold standard for evidence-based healthcare.

She received the 2019 ADA/AADR Evidence-based Dentistry (EBD) Accomplished Faculty Award which is presented to educators and clinicians who have made significant contributions to implementing and advancing evidence-based dentistry. She contributes regularly with commentaries in both Evidence-Based Dentistry and the Journal of Evidence Dental Practice and is a practising general dentist in Brooklyn, New York. 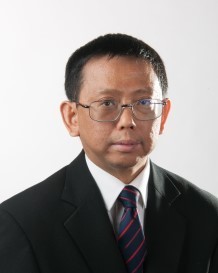 Albert is a Consultant in Dental Public Health at NHS Lanarkshire in Scotland. He is an Honorary Clinical Senior Lecturer of the University of Glasgow. He is a Professional Adviser to the Scottish Public Services Ombudsman.