Our Editorial Board Members are active researchers recognized as experts in their field. They handle manuscripts within their areas of expertise, overseeing all aspects of the peer review process from submission to acceptance.

Editorial Board Members work closely with our in-house editors to ensure that all manuscripts are subject to the same editorial standards and journal policies. 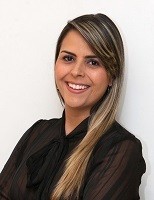 Dr Andrade is Associate Professor of Medicinal Chemistry at the Faculty of Pharmacy of Federal University of Goiás, Brazil, and head of LabMol – Laboratory for Molecular Modeling and Drug Design, since 2010. She obtained her Ph.D. in Drugs and Medicines from University of Sao Paulo (USP, Brazil), with internship at University of New Mexico (USA). Her research focuses on Computer-Aided and Artificial Intelligence-oriented Drug Design, aiming at discovering new drug candidates for Neglected and Emerging diseases. Her research also focuses on the development and application of AI tools and QSAR models for the prediction of toxicity properties of chemical compounds. Her major software tools and models developed are publicly available in LabMol web portal www.labmol.com.br. She was awarded with the For Women in Science award from L’Oréal-ABC-UNESCO in Brazil (2014), and with the International Rising Talents award from L’Oréal – UNESCO in France (2015). She has been elected to the Young Academy of the Brazilian Academy of Sciences. She was treasurer, vice-director and director of the Medicinal Chemistry division of the Brazilian Chemical Society (SBQ), and currently she is Board Member of SBQ, acting as adjunct treasurer.
Lab webpage 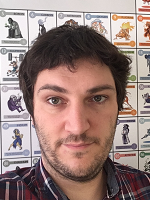 Dr Coudert is a Researcher at the French National Centre for Scientific Research (CNRS), where his group applies computational chemistry methods at various scales to investigate the physical and chemical properties of nanoporous materials, and in particular stimuli-responsive materials with anomalous behaviour. He obtained his PhD from the University Paris-Sud (France) in 2007, for his work on the properties of water and solvated electrons confined in zeolite nanopores. He worked as post-doctoral researcher at University College London (UK) on the growth of metal-organic frameworks on surfaces, before joining CNRS in 2008. FX has received the Early-Career Researcher award from the French Physical Chemistry division, was named a Distinguished Junior Member of the French Chemical Society, and was awarded the 2018 International Award for Creative Work by the Japan Society of Coordination Chemistry.
Lab webpage 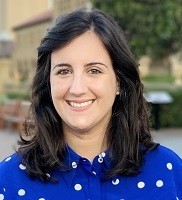 María Escudero-Escribano is an Assistant Professor of Chemistry at the University of Copenhagen (Denmark), where her group investigates tailored electrochemical interfaces for renewable energy conversion and electrosynthesis of green fuels and value-added chemicals. She obtained her PhD from the Autonomous University of Madrid (Spain) in 2011, for her work on electrocatalysis and surface nanostructuring using well-defined electrode surfaces. She carried out her postdoctoral research on oxygen electrocatalysts for energy conversion and storage at the Technical University of Denmark and Stanford University (US), before moving to the University of Copenhagen in 2017. María is the Chair of the Danish Electrochemical Society since 2018. She was awarded a Villum Young Investigator Grant from the Villum Foundation in 2018. She has received numerous awards in recognition of her early career achievements, including the European Young Chemist Award (Gold Medal) 2016, the Princess of Girona Scientific Research Award 2018, the Electrochemical Society Energy Technology Division Young Investigator Award 2018, the Spanish Royal Society of Chemistry Young Researchers Award 2019 and the Clara Immerwahr Award 2019.
Lab webpage 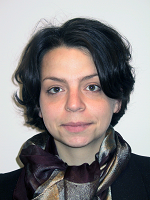 Nathalie Katsonis is Professor of Chemistry at the University of Groningen (The Netherlands), where she leads a research group dedicated to the design and synthesis of active (supra)-molecular systems and materials. She obtained her PhD from the University Pierre et Marie Curie (France) in 2004, for her work on chirality and order in molecular self-assemblies. After a postdoctoral stay in the group of Ben Feringa, she became Associate Researcher at the French National Centre for Scientific Research (CNRS), moving to the University of Twente in 2011, and to the University of Groningen in 2020. Nathalie has been elected to the Young Academy of the Royal Netherlands Academy of Arts and Sciences, is Board Member of the van't Hoff Foundation for the promotion of chemistry, and she is the recipient of the Gold Medal of the Royal Netherlands Chemical Society.
Lab webpage 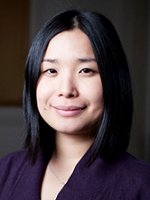 Dr Kawamura is a University Research Lecturer and a group leader at University of Oxford (UK). After obtaining a chemistry M.Chem (Hons), she completed her D.Phil degree in pharmacology at Oxford, investigating the biochemical and biophysical properties of drug-metabolizing enzymes. She then spent three years in the biotechnology sector, working on a number of early drug discovery projects across different disease areas. She returned to academia in 2009 and was subsequently awarded a British Heart Foundation Centre of Research Excellence Senior Fellowship in Medicinal Chemistry, and the Royal Society Dorothy Hodgkin Fellowship. Her main research focuses on the use of chemical biology approaches to understanding the molecular mechanisms of epigenetic regulation. This includes biochemical and mechanistic studies on enzymes involved in histone modifications, and the development of chemical probes targeting these enzymes. In 2015 she was awarded a European Research Council Starting Grant.
Lab webpage 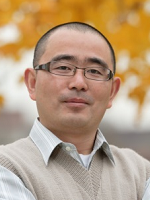 Dr Lu is a chemist at Argonne National Laboratory. His research interests encompass electrochemical energy storage and conversion technology, with his main focus on beyond Li-ion battery technologies. Dr. Lu earned his Bachelors degree from the University of Science and Technology of China (USTC) in 2000. He obtained his PhD. from the Department of Metallurgical Engineering at the University of Utah (USA) in 2009 with research directed towards metal hydrides for reversible hydrogen storage applications. He was awarded the first DOE-EERE postdoctoral fellowship as part of the Vehicles Technology Program from 2011-2013. He was elected Associate President and Board Committee Member of the International Academy of Electrochemical Energy Science (IAOEES). He was also the inaugural awardee of the IAOEES Award for Research Excellence in Electrochemical Energy in 2016. 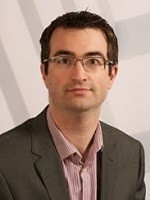 Dr Nelson is a Senior Lecturer in the Department of Pure and Applied Chemistry at the University of Strathclyde. His research group study the mechanisms and structure/reactivity relationships of a range of reactions that are deployed in synthetic organic chemistry, most of which are catalysed by well-defined transition metal complexes. Current areas of focus include nickel-catalysed cross-coupling reactions and C-H functionalisation reactions. He obtained his PhD from the University of Strathclyde in 2012 for a thesis on structure/reactivity relationships in ring-closing metathesis (with Professor J. M. Percy) before carrying out postdoctoral research at the University of St Andrews (with Professor S. P. Nolan). He started his academic position at Strathclyde in 2014 as one of the inaugural cohort of 'Chancellor's Fellows' and was promoted to Senior Lecturer in late 2018. He was a Thieme Chemistry Journals Awardee in 2020.
Lab webpage 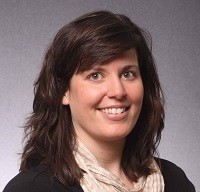 Kristin Wustholz is an Associate Professor of Chemistry at William & Mary, where her research group focuses on using spectroscopy to probe the optical and structural properties of chromophores in environments that are inherently complex. She received a Ph.D. in chemistry from the University of Washington in 2007, for her work examining molecular alignment and photophysics in dyed salt crystals. Her research as a postdoctoral fellow with Richard P. Van Duyne at Northwestern University focused on elucidating structure-property relationships in plasmonic materials using single-molecule and single-nanoparticle surface-enhanced Raman spectroscopy (SERS). In 2009 she was awarded the American Chemical Society Award for Excellence in Postdoctoral Research. Kristin joined the chemistry department at William & Mary in 2010, where her current research involves understanding the interfacial interactions and electron transfer properties of chromophores at semiconductor and metal interfaces for applications to solar energy conversion, super-resolution imaging, and art conservation. In 2016 she was awarded the Henry Dreyfus Teacher-Scholar Award.
Lab webpage 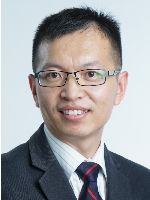 Dr Zhao is an Associate Professor at the School of Physical and Mathematical Sciences as well as the School of Materials Science and Engineering in Nanyang Technological University (Singapore). He received his undergraduate degree and his PhD from Nankai University (China). He was a postdoctoral scholar at University of California Los Angeles and subsequently at Northwestern University (USA). He has published over 300 scientific papers, and received several national and international awards including the Singapore National Research Foundation Investigatorship in 2018, the ACS Applied Materials & Interfaces Young Investigator Award in 2017, the Asian and Oceanian Photochemistry Association Prize for Young Scientists in 2016, the TR35@Singapore Award in 2012, and the Singapore National Research Foundation Fellowship in 2010. His current research focuses on the development of integrated synthetic systems for nanomedicine, gas storage and conversion, and heterogeneous catalysis.
Lab webpage

We will be expanding our Editorial Board as the journal evolves. Please contact us if you are interested in learning more about becoming an Editorial Board Member for Communications Chemistry.