Pandemic conditions have imposed a natural experiment upon global populations. The dramatic changes in societal interactions due to social distancing measures to control the spread of the virus disrupt normal routines and the ability to connect to the larger world as part of daily life. Cities are innovating and are embracing new strategies to safely maintain access to public space to provide a critical connection to the larger world. These changes are reshaping the landscape of cities by reducing pollution, supporting urban local food systems, spurring changes to local biodiversity and improving opportunities for multimodal transportation.

To understand the influence of changes in city policy and practice that facilitate access to nature and the outdoors in response to the pandemic, Biophilic Cities and its partners in the Biophilic Cities Network are undertaking research with two broad components.

The first aim will be to catalog and assess best practices that cities are utilizing during the time of the pandemic. Investigations will combine recent cell phone data with existing data to analyze which policies influence the ability of vulnerable populations to use urban green space during the time of the pandemic. The second aim is to examine how lessons learned from the current pandemic instruct cities as to their future planning and design, so that urban communities can maximize their resilience in response to future natural resource crises and pandemics.

This new themed Collection of npj Urban Sustainability will help us understand how cities are adapting to the Covid pandemic to enable them to be: About the Guest Editors 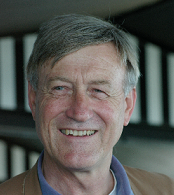 Peter Newman is the Professor of Sustainability at Curtin University in Perth, Australia. Peter is an academic who has written 20 books and over 350 papers on sustainable cities with a global reputation and has worked to deliver his ideas in all levels of government. Peter has worked in local government as an elected councilor in Fremantle, in Western Australia’s state government as an advisor to three Premiers and in the Australian Government on the Board of Infrastructure Australia and the Prime Minister’s Cities Reference Group. He is the Co-ordinating Lead Author for the UN’s IPCC on Transport. In 2014 he was awarded an Order of Australia for his contributions to urban design and sustainable transport particularly for his work in saving and rebuilding Perth’s rail system. In 2018/19 he was the WA Scientist of the Year. He is the Editor-in-Chief of the Springer journal Sustainable Earth. 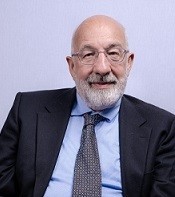 Bill Hare is a physicist and climate scientist with 30 years’ experience in science, impacts and policy responses to climate change and stratospheric ozone depletion. He is a founder and CEO of Climate Analytics, which was established to synthesise and advance scientific knowledge on climate change and provide state-of-the-art solutions to global and national climate change policy challenges. He was a Lead Author for the Intergovernmental Panel on Climate Change (IPCC) Fourth Assessment Report, for which the IPCC was awarded the Nobel Peace Prize in 2007. Hare has contributed actively to the development of the international climate regime since 1989, including the negotiation of the 1992 UN Framework Convention on Climate Change, the 1997 Kyoto Protocol and the Paris Agreement in 2015. 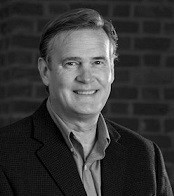 Timothy Beatley is the Teresa Heinz Professor of Sustainable Communities, in the Department of Urban and Environmental Planning, School of Architecture at the University of Virginia, where he has taught for the last twenty-five years. Much of Beatley’s work focuses on the subject of sustainable communities, and creative strategies by which cities and towns can fundamentally reduce their ecological footprints, while at the same time becoming more livable and equitable places. Beatley believes that sustainable and resilient cities represent our best hope for addressing today’s environmental challenges. He is the Founder and Executive Director of Biophilic Cities and the Senior Director of the Center for Design + Health.