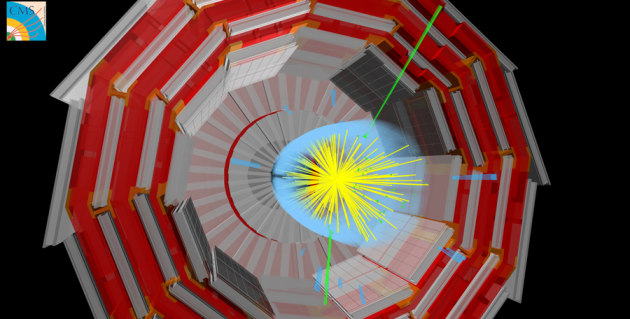 An excess of particle collisions that produce photon pairs at the LHC has inspired more than 300 papers.

Hints of a new subatomic particle at the world’s most powerful atom smasher have inspired theoretical physicists to write more than 300 papers in the past four months. Now, a journal has published four of them, forming a condensed guide to what has become a zoo of possible explanations for a mysterious anomaly in the data collected by the Large Hadron Collider (LHC).

“We think that this set gives readers a sense of the kind of new physics that would be required to explain the data, if confirmed,” wrote Robert Garisto, editor of Physical Review Letters (PRL), which published the four papers on 12 April, in an accompanying editorial1.

PRL received “quite a few” submissions related to the data bump, Garisto told Nature. In addition to the ordinary peer-review process, the journal also enlisted experts who examined all the submissions to give informal advice, he says.

The papers that PRL published span some of the most provocative ideas surrounding the particle, says Michael Peskin, a theoretical physicist at the SLAC National Accelerator Laboratory in Menlo Park, California.

Last year, the 27-kilometre-long LHC at CERN, Europe’s particle-physics laboratory near Geneva, Switzerland, began to collide protons at a record energy of 13 teraelectronvolts. On 15 December, the LHC’s two largest particle detectors, called ATLAS and CMS, both reported an unexpected excess of pairs of photons with a combined energy of 750 gigaelectronvolts (GeV).

The data could represent a random fluctuation. But that has not stopped theorists from weighing in. Most of their explanations include the existence of a new particle with a mass of 750 GeV, which would decay into two photons. Such a particle would be “much more thrilling than the Higgs boson”, says Christoffer Petersson, a theoretical physicist at Chalmers University of Technology in Gothenburg, Sweden — the Higgs was already predicted by the standard model of particle physics when it was discovered in 2012. Moreover, most of the theories also predict the existence of one or more other types of particle, some of which could also be discovered at the LHC.

In one of the four newly-published papers2, Petersson and his colleague Riccardo Torre of the Federal Polytechnic School of Lausanne (EPFL), Switzerland, outline a particle that would have very weak interactions with other particles and would exist within a framework of theories known as supersymmetry.

But some physicists say that the particular shape of the bump in the LHC data — when combined with other hints — could suggest the presence of strongly interacting particles. And another of the four papers proposes that a number of new particles that interact strongly are the cause of the photon excess. This theory3 posits a particle made of two 'exotic' quarks — which are not currently part of the standard model — held together by a force similar to the strong nuclear force, says co-author Kohsaku Tobioka of the Weizmann Institute of Science, Rehovot, Israel, and Tel-Aviv University.

In the third paper selected, theorist Chen Zhang of Peking University in Beijing and his co-authors propose that the mystery bump is produced by a particle similar to the Higgs boson, but six times more massive4. This has been one of the most popular explanations among physicists because the decay into a pair of photons is one of the signatures of the Higgs.

The most surprising of the four papers, according to Peskin, comes from Doojin Kim of the University of Florida in Gainesville and six collaborators, three of whom are theorists on the CMS team. They propose5 that there is no particle with a mass of 750 GeV. Instead, the two photons could represent part of the debris produced by the decay of a potentially much more massive particle.

Physicists hope that the LHC, which is currently restarting after a shutdown, will have enough data to either make the excess go away or to confirm a historic discovery by the end of summer. In the meantime, Maria Spiropulu, an experimental particle physicist at the California Institute of Technology in Pasadena and a member of CMS is enjoying the ride: “It is great to see the theorists wrestling with this and going in loops — I love it.”