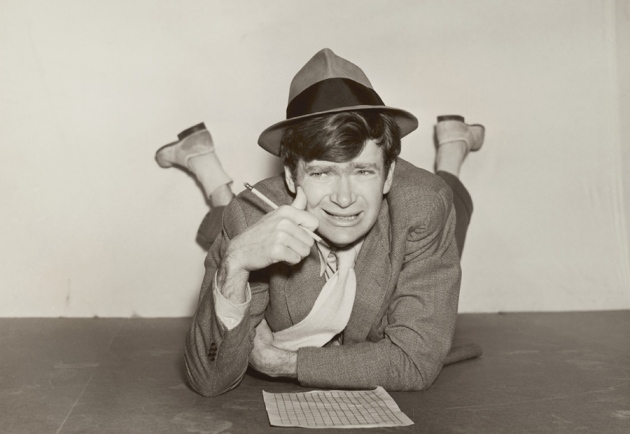 Under debate: can solving an unrelated puzzle help someone make a complex decision?

If you have to make a complex decision, will you do a better job if you absorb yourself in, say, a crossword puzzle instead of ruminating about your options? The idea that unconscious thought is sometimes more powerful than conscious thought is attractive, and echoes ideas popularized by books such as writer Malcolm Gladwell’s best-selling Blink.

But within the scientific community, ‘unconscious-thought advantage’ (UTA) has been controversial. Now Dutch psychologists have carried out the most rigorous study yet of UTA — and find no evidence for it.

Their conclusion, published this week in Judgement and Decision Making, is based on a large experiment that they designed to provide the best chance of capturing the effect should it exist, along with a sophisticated statistical analysis of previously published data1.

The report adds to broader concerns about the quality of psychology studies and to an ongoing controversy about the extent to which unconscious thought in general can influence behaviour. “The bigger debate is about how clever our unconscious is,” says cognitive psychol­ogist David Shanks of University College London. “This carefully constructed paper makes a great contribution.” Shanks published a review last year that questioned research claiming that various unconscious influences, including UTA, affect decision making2.

A typical study probing UTA asks subjects to make a complex decision, such as choosing a car or a computer, after either mulling over a list of the object’s attributes or viewing the list quickly and then engaging in a distracting activity such as a word puzzle. However, such studies have drawn different conclusions, with about half of those published so far reporting a UTA effect and the other half finding none.

Proponents of the theory claim that the effect is exquisitely sensitive to experimental variations, and often attribute the negative results to the fact that many research groups varied elements of the set-up, such as the choice of puzzle used for the distraction3. Critics say that the positive results came from having too few participants in the experiments.

Psychologists Mark Nieuwenstein and Hedderik van Rijn at the University of Groningen in the Netherlands set out with their colleagues to determine which explanation was correct.

They asked 399 participants — around ten times more than the typical (median) sample sizes in other studies — to choose between either 4 cars or 4 apartments on the basis of 12 desirable or undesirable features. They incorporated the full list of conditions that UTA proponents had reported as yielding the strongest effect, such as the exact type of puzzle used as a distraction. They found that the distracted group was no more likely than the deliberating group to choose the most desirable item.

The scientists then reanalysed 60 of the 81 experiments described in the 32 UTA papers published before April 2014. For this ‘meta-analysis’, they excluded experiments that had insufficient data for analysis or that deviated from conditions that are reported as likely to elicit UTA (only one of these experiments had claimed a UTA effect). They also included the results of their own study. When they applied a rigorous statistical meta-analysis, they found no significant UTA effect.

“Psychologists have historically prided themselves on their command of statistics,” says psychologist Jonathan Baron at the University of Pennsylvania in Philadelphia, the editor of Judgement and Decision Making. But this study shows that many in the past were poorly designed. He adds: “If UTA is out there, it can’t be captured in experiments designed in the lab.”

“How we make decisions, and how we might make them better, has practical and intellectual importance.”

Psychologist Ap Dijksterhuis at Radboud University in Nijmegen, the Nether­lands, who first described4 unconscious-thought theory, which predicts UTA, in 2004, says: “It is certainly true that psychology has improved quite a bit in recent years when it comes to analysing data. And yes, in the past, suboptimal analyses have been applied.” But he does not accept the findings of the meta-analysis. He says that it would have produced different conclusions if the researchers had included all previous UTA experiments, rather than excluding some and relying on a subset. He adds that “the evidence for UTA is growing quickly” and is widely accepted.

UTA is not the only ‘smart-unconscious’ claim to come under scrutiny. For example, experiments carried out under the “Many Labs” Replication Project, which coordinates labs internationally to repeat psychological studies in order to validate their claims, as well as several separate studies, have challenged another psychological concept, social priming. Under social priming, certain behaviours are claimed to be modified unconsciously by previous exposure to stimuli, such as an American flag, or thinking about money5.

Other doubts raised about unconscious thought include its role in some types of decision making under uncertainty.

In spite of the most recent findings, Brian Nosek, a psychologist at the University of Virginia in Charlottesville who co-launched Many Labs, says that he remains optimi­stic about the theory underlying UTA. “I would be surprised if unconscious-thought theory did not hold up, because it fits with contemporary theories,” he says.

Shanks agrees that the debate over unconscious-thought theory is probably not over. “How we make decisions, and how we might make them better, has practical and intellectual importance,” he says. “If there is any evidence that distraction or unconscious rumination helped, we’d want to know about it — but the conclusions are so far very premature.”