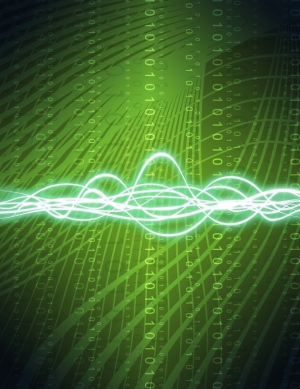 Mathematical device or physical fact? The elusive nature of the quantum wavefunction may be pinned down at last.

At the heart of the weirdness for which the field of quantum mechanics is famous is the wavefunction, a powerful but mysterious entity that is used to determine the probabilities that quantum particles will have certain properties. Now, a preprint posted online on 14 November1 reopens the question of what the wavefunction represents — with an answer that could rock quantum theory to its core. Whereas many physicists have generally interpreted the wavefunction as a statistical tool that reflects our ignorance of the particles being measured, the authors of the latest paper argue that, instead, it is physically real.

“I don't like to sound hyperbolic, but I think the word 'seismic' is likely to apply to this paper,” says Antony Valentini, a theoretical physicist specializing in quantum foundations at Clemson University in South Carolina.

Valentini believes that this result may be the most important general theorem relating to the foundations of quantum mechanics since Bell’s theorem, the 1964 result in which Northern Irish physicist John Stewart Bell proved that if quantum mechanics describes real entities, it has to include mysterious “action at a distance”.

Action at a distance occurs when pairs of quantum particles interact in such a way that they become entangled. But the new paper, by a trio of physicists led by Matthew Pusey at Imperial College London, presents a theorem showing that if a quantum wavefunction were purely a statistical tool, then even quantum states that are unconnected across space and time would be able to communicate with each other. As that seems very unlikely to be true, the researchers conclude that the wavefunction must be physically real after all.

David Wallace, a philosopher of physics at the University of Oxford, UK, says that the theorem is the most important result in the foundations of quantum mechanics that he has seen in his 15-year professional career. “This strips away obscurity and shows you can’t have an interpretation of a quantum state as probabilistic,” he says.

The debate over how to understand the wavefunction goes back to the 1920s. In the ‘Copenhagen interpretation’ pioneered by Danish physicist Niels Bohr, the wavefunction was considered a computational tool: it gave correct results when used to calculate the probability of particles having various properties, but physicists were encouraged not to look for a deeper explanation of what the wavefunction is.

Albert Einstein also favoured a statistical interpretation of the wavefunction, although he thought that there had to be some other as-yet-unknown underlying reality. But others, such as Austrian physicist Erwin Schrödinger, considered the wavefunction, at least initially, to be a real physical object.

The Copenhagen interpretation later fell out of popularity, but the idea that the wavefunction reflects what we can know about the world, rather than physical reality, has come back into vogue in the past 15 years with the rise of quantum information theory, Valentini says.

Rudolph and his colleagues may put a stop to that trend. Their theorem effectively says that individual quantum systems must “know” exactly what state they have been prepared in, or the results of measurements on them would lead to results at odds with quantum mechanics. They declined to comment while their preprint is undergoing the journal-submission process, but say in their paper that their finding is similar to the notion that an individual coin being flipped in a biased way — for example, so that it comes up 'heads' six out of ten times — has the intrinsic, physical property of being biased, in contrast to the idea that the bias is simply a statistical property of many coin-flip outcomes.

Robert Spekkens, a physicist at the Perimeter Institute for Theoretical Physics in Waterloo, Canada, who has favoured a statistical interpretation of the wavefunction, says that Pusey's theorem is correct and a “fantastic” result, but that he disagrees about what conclusion should be drawn from it. He favours an interpretation in which all quantum states, including non-entangled ones, are related after all.

Spekkens adds that he does expect the theorem to have broader consequences for physics, as have Bell’s and other fundamental theorems. No one foresaw in 1964 that Bell’s theorem would sow the seeds for quantum information theory and quantum cryptography — both of which rely on phenomena that aren’t possible in classical physics. Spekkens thinks this theorem may ultimately have a similar impact. “It’s very important and beautiful in its simplicity,” he says.