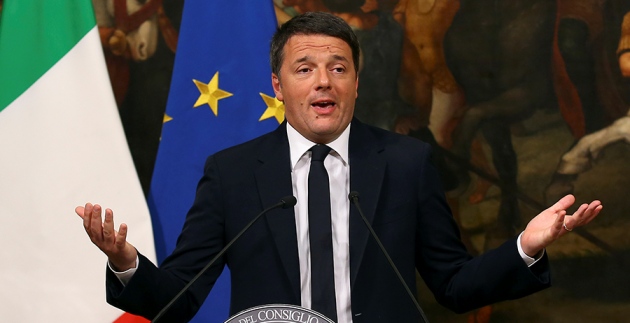 Italian politics is in turmoil after the resignation of Prime Minister Matteo Renzi — but researchers say that they are not particularly sad to see him go.

In his almost three years in charge, Renzi promised improvements for universities and science but failed to raise the status of research in the country, according to scientists who complain that he also directly interfered in academic affairs.

“Renzi became prime minister at a time of serious economic and social crisis, and he injected a sense of energy and optimism into the university and research sector,” says biologist Cesare Montecucco of the University of Padua. “Our expectations were raised, but they were mostly disappointed.”

Renzi resigned on 7 December, three days after constitutional reforms he proposed were defeated in a referendum. He stayed on to push through a 2017 budget that sees no significant increase for Italy’s chronically underfunded university and research system. (Exact figures for research spending have not yet been released.)

Italy’s research and university funding per head is among the lowest in Europe — although the country does produce a greater share of highly cited research papers than the European Union average. Little has changed on that score during Renzi’s tenure, say Montecucco and other scientists. Renzi has not delivered what they have long campaigned for: less bureaucracy for research institutions and a new research-grants agency along the lines of the US National Science Foundation.

Most controversial has been Renzi’s decree in November 2015 creating a €1.5-billion (US$1.7-billion) centre for genomics in Milan. Known as the Human Technopole, it will focus particularly on personalized medicine and nutrition. The new budget foresees annual funding of well over €100 million beginning in 2018. Although some are grateful for the research funding, many scientists have complained that the major investment in a single new project is inappropriate when most other public research institutes are starving for cash. They also strongly objected to the fact that it was planned by Renzi with a few chosen scientists behind closed doors.

In September 2016, Renzi floated the idea of creating 500 elite professorships known as Natta chairs (after Italian chemist and Nobel laureate Giulio Natta), to be awarded mainly to Italians working abroad. They would be selected through 25 evaluation panels whose chairs the prime minister would nominate. Thousands of academics signed an open letter in October complaining that Renzi designed the programme without discussing it with universities — and protesting the involvement of politics in the selection.

Regulations for the Natta selection procedure have not yet been published, so scientists hope that the next government will ensure that the process remains inside the academic community. “Nomination of panel chairs by the prime minister is just not acceptable,” says physicist Giorgio Parisi of the University of Rome La Sapienza, a prominent critic of the process. “It is a political choice to do the selection independently of Italian universities, but then you could turn to external academic organizations, like Europe’s national academies.”

Parisi is also unhappy with aspects of the 2017 universities budget. In particular, a €271-million portion of it will now be reallocated to the university departments that are judged by the national evaluation agency ANVUR to have the best research performance. Parisi thinks that new money should be made available to reward high performers, rather than being transferred from the general university budget, which is already stretched thin. “This government reallocation means that weaker universities in the south will lose even more money, and this would be a social disaster," he says.

An interim government will hold down the fort until new elections are held, which could take place next year. Uncertainty is set to continue. Populist and protest parties, particularly the Five Star Movement led by comedian Beppe Grillo, are likely to make substantial gains in the next election.

These parties do not have strong scientific agendas. Italian senator-for-life Elena Cattaneo, who is also a neuroscientist at the University of Milan, is taking a wait-and-see perspective. “One or two populists in the current parliament have shown themselves to be more open to discussion on scientific topics than members of mainstream parties,” she says.