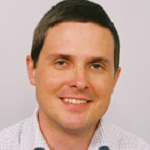 Professor Andras Kis received his Master's degree from the University of Zagreb, Croatia, and his PhD in Physics from EPFL in 2003. He worked as a postdoctoral researcher at the University of California, Berkeley from 2004. In 2008 he established a research group at EPFL dedicated to nanoelectronics based on two-dimensional semiconductors such as monolayers of transition metal dichalcogenides. His group demonstrated the first transistor based on a 2D semiconductor (monolayer MoS2) which had a high on/off ratio. 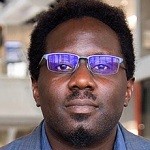 Professor Deji Akinwande received his PhD degree in Electrical Engineering from Stanford University in 2009, where he conducted research on the synthesis, device physics and circuit applications of carbon nanotubes and graphene. His Master's research in Applied Physics at Case Western Reserve University pioneered the design and development of near-field microwave probe tips for nondestructive imaging and studies of materials. 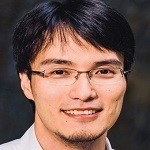 Professor Goki Eda holds joint appointments in the Centre for Advanced 2D Materials and the Solar Energy Research Institute of Singapore at National University of Singapore. He received his BA in Physics from the International Christian University in Tokyo, MS in Materials Science and Engineering from Worcester Polytechnic Institute and PhD in the same discipline from Rutgers University in 2009. He has completed extensive work on solution-processing and electronic property characterization of a variety of 2D materials such as graphene oxide and MoS2. His current research is on charge and exciton dynamics in van der Waals solids.

Prof. Fiori’s main interests include the modelling, and the electrical and noise characterization of CMOS nanoscale devices, as well as the design of innovative devices based on new architectures and new materials. He has renowned expertise in assessing device performance against Industry requirements through the exploitation of purposely-devised multi-scale, multi-physics in-house atomistic simulators. Through an ERC grant, Prof. Fiori has recently embarked on an experimental activity on printed electronics, with the aim of obtaining fully printed integrated circuits on flexible substrates as paper. 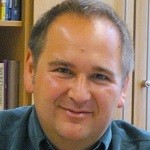 In addition to his appointment at Technische Universität Dresden, Professor Thomas Heine is also Adjunct Professor of Theoretical Physics at Jacobs University Bremen. In 1995 he received his Diploma (Physics) at TU Clausthal, and in 1999 his PhD (Physics) at TU Dresden. After postdoctoral stages at University of Bologna and University of Geneva, he obtained his venia legendi in Physical Chemistry at TU Dresden in 2006. In 2008 he started his research group as Associate Professor at Jacobs University Bremen, promoted to Full Professor in 2011. In 2015 he accepted the Chair of Theoretical Chemistry at Leipzig University. His research focuses on the computational science of nanostructured materials, in particular of two-dimensional crystals and molecular frameworks. 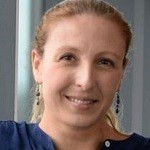 Professor Valeria Nicolosi is an expert in the field of processing of low-dimensional nanostructures and high-end electron microscopy. She received a BSc in Chemistry from the University of Catania in 2001 and a PhD in Physics in 2006 from Trinity College Dublin. In 2012 she became ERC Research Professor at the School of Chemistry, Trinity College Dublin, and principal investigator in CRANN nanoscience centre. 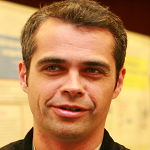 Professor Luis Pereira received his Engineering degree in Materials Science in 2001 and PhD in 2008 from Universidade Nova de Lisboa. His PhD focused on polycrystalline silicon and high k dielectrics for TFT applications. He was involved in a team that demonstrated the first transistors made of oxides with paper as the dielectric. He is also a researcher at CENIMAT/I3N, with current research interests on the design and synthesis of 1D, 2D and 3D inorganic and hybrid nanostructures, chiral cellulose nanocomposites, functional micro and nanofibers and their integration on printed chromogenic, electronic and electrochemical devices. 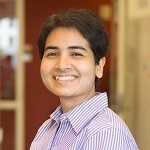 Deblina Sarkar is an assistant professor at MIT and AT&T Career Development Chair Professor at MIT Media Lab. She heads the Nano-Cybernetic Biotrek research group. Her group carries out trans-disciplinary research fusing engineering, applied physics, and biology, aiming to bridge the gap between nanotechnology and synthetic biology to develop disruptive technologies for nanoelectronic devices and create new paradigms for life-machine symbiosis. Her inventions include, among others, a 6-atom thick channel quantum-mechanical transistor overcoming fundamental power limitations, an ultra-sensitive label-free biosensor and technology for nanoscale deciphering of biological building blocks of brain. 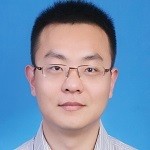 Professor Xinran Wang is a Chang Jiang Professor and doctoral adviser at the School of Electronic Science and Engineering at Nanjing University. In 2010 he received his PhD in physics from Stanford University on the synthesis and electronic devices of graphene. His research interests include the growth, physical properties and device applications of two-dimensional materials. He developed the world's first high Ion/Ioff ratio graphene nanoribbon field-effect transistor. From 2010 to 2011, he was a postdoctoral researcher at Stanford University and at the University of Illinois at Urbana-Champaign. In 2011 he returned to Nanjing and started his own laboratory.