Like the other Nature titles, Nature Medicine has no external editorial board. Instead, all editorial decisions are made by a dedicated team of professional editors, with relevant research and editorial backgrounds.

João received his medical training at the Federal University in Rio de Janeiro, Brazil, where he also earned a PhD degree, studying mechanisms of tolerance to self-antigens in autoimmune diseases. In 2009, he was named a Pew Latin American Fellow in the Biomedical Sciences, moving to the United States to pursue studies on T cell antigen recognition and in vivo dynamics of the immune responses with Ron Germain, at the National Institutes of Health. João was the senior editor for immunology and translational medicine at Cell from 2013-2017 and in December, 2017, he was appointed Chief Editor of Nature Medicine, where he leads a team of editors and journalists covering news, opinion and research across the entire landscape of translational and clinical research. He has given talks about medicine, science and publishing in many international conferences, and has championed efforts to raise ethical standards and transparency in the reporting of translational and clinical research. João cares about supporting young investigators, creating opportunities to make scientific publishing more inclusive, and harnessing the potential of scientific research to reduce health inequalities globally. You can follow him on Twitter @JMinImmunoland.

Javier started his studies at the University of Navarra and received a degree in Biology from the Autonomous University of Madrid. In 2013, he obtained his Ph.D. after working in Manel Esteller's Cancer Epigenetics and Biology Program in Barcelona. Javier continued his research as a postdoctoral fellow in the group of José Baselga at the Memorial Sloan Kettering Cancer Center in New York, where he studied the mechanisms of resistance to therapy in patients with breast cancer. In 2016 he joined Nature Medicine.

Ben trained as a virologist, starting with an undergraduate degree in virology from the University of Warwick, UK. His PhD, in influenza virus genetics and immunoevasion, was from Public Health England and the University of Reading, UK, with Maria Zambon and Wendy Barclay, and included a brief stint with Malik Peiris at the University of Hong Kong. His research interests then moved to smallpox vaccines, viral ion channels and cell adhesion, while he was a postdoc at Imperial College London with Geoffrey Smith, FRS. Ben then joined open-access publisher BioMed Central in 2011 as an editor and then associate publisher and was Head of Communities & Engagement at Springer Nature from 2016, running the Nature Research Communities and other online-engagement activities for researchers. Ben joined Nature Medicine in 2021, with responsibility for news and opinion content, and is based in the London office. You can follow him on Twitter @drbenjohnson.

Karen received her undergraduate degree in microbiology from University College Cork, followed by an MSc in biomedical science from Edinburgh Napier University. She then joined the University of Cambridge Department of Haematology as a research assistant, before moving to the University of Sussex to pursue her doctoral studies on lung cancer epigenetics with Peter Schmid. Karen then worked as a postdoc with Sharon Glynn at the National University of Ireland, Galway, studying the interaction of prostate cancer cells and stromal cells, before going on to expand her knowledge of translational and clinical science while working as a writer at a medical communications agency. Karen joined Nature Reviews Cancer as a Locum Associate Editor in 2020, and joined Nature Medicine in 2021, where she oversees research analysis content, including Reviews, Perspetives, News & Views and Research Highlights.

As a graduate student in Jasper Rine's laboratory at University of California at Berkeley, Michael studied the sterol biosynthetic pathway and its rate-limiting enzyme HMG-CoA reductase in baker's yeast. His postdoctoral work was on developmental genetics and microRNAs with Robert Horvitz at the Massachusetts Institute of Technology. He then worked in the biotech industry, first on the use of model organisms for drug discovery and then on tumor angiogenesis. Michael currently handles research manuscripts in the fields of cardiovascular disease & hematology, precision medicine & big data, and bioengineering & biotechnology. He joined Nature Medicine in 2003.

Alison Farrell pursued her undergraduate degree in microbiology and immunology at McGill University in Montreal, Quebec and received her Ph.D. from the University of California, San Francisco, where she studied cell cycle regulation in the laboratory of David O. Morgan. Alison subsequently joined LeukoSite in Cambridge, MA as a postdoctoral fellow. She did a second post-doctoral stint at Harvard Medical School before joining Nature Medicine in 2001. Alison is located in the San Francisco office.

Saheli received her undergraduate degree in molecular biophysics and biochemistry from Yale College. She then joined the Yale Department of Immunobiology, where she studied flu-specific memory B cells. After obtaining her Ph.D., she investigated the programming and maintenance of isotype-specific B cells in HIV-infected patients as a post-doctoral fellow in the laboratory of Galit Alter at the Ragon Institute of MGH, MIT and Harvard. Saheli began her editorial career as Locum Associate Editor at Nature Biotechnology in 2018 and joined Nature Medicine in 2019. Saheli handles papers related to immunology, rheumatologic diseases and immunotherapies, including cancer immunotherapies. She can be followed on Twitter @SaheliSadanand

Jennifer completed her undergraduate degree in biochemistry at the University of Queensland in Brisbane, Australia. Prior to her doctoral work, Jennifer studied signal transduction systems in P. aeruginosa with Joanne Engel at the University of California, San Francisco, USA. She received her PhD from Dartmouth College for her studies on transcriptomics and genetics of scleroderma in Michael Whitfield’s lab. Jennifer did her postdoctoral work with Juan Rivera at the National Institutes of Health, USA, investigating sphingolipid signalling in allergy and autoimmunity. Jennifer has been serving the clinical and scientific communities as a professional editor since 2014. She was an editor at Nature Reviews Endocrinology before moving to The Lancet in 2015. In 2019, Jennifer joined the team at Nature Medicine as the editor for metabolism, physiology, global health, and public health. She is based in the London office and you can follow her on Twitter @JenLSargent. 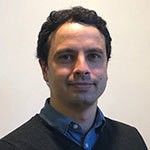 Jerome completed his undergraduate degree in biochemistry at the University of Tasmania, Australia, and continued to study the cellular and molecular mechanisms underlying neuronal degeneration after traumatic brain injury for his doctoral work. After obtaining his PhD, he went on to study neuron–glia interactions during development and in disease at the US National Institutes of Health in Bethesda and, subsequently, at the Florey Institute of Neuroscience and Mental Health in Melbourne, Australia. Jerome joined Nature Communications as an Associate Editor in 2018 before joining Nature Medicine in 2020. Jerome handles papers related to neurodegeneration, regenerative medicine, including stem cells, and artificial intelligence in healthcare.

Anna completed her undergraduate studies in biology at the University of Milan, followed by a master’s degree in genetics at the University of Pavia in Italy. She then pursued her PhD at University College London, where she studied human amniotic fluid stem cells and their therapeutic potential for brittle bone disease. Anna continued her research as a postdoctoral fellow in the laboratory of Ana Cvejic at the University of Cambridge and the Wellcome Trust Sanger Institute, working on the characterization of human blood stem cells during prenatal development by single-cell genomics methods. Anna joined Nature Medicine in 2020, and she handles papers on genetics, genomics, cell therapy and gene therapy. 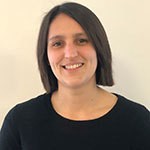 After undergraduate studies at the University of Edinburgh and an MSc at the London School of Hygiene and Tropical Medicine, Catherine worked as an epidemiologist at Public Health England. She then moved to the UCL Institute of Health Informatics where she completed her PhD followed by postdoctoral work. Her research was in infectious disease epidemiology, with a particular focus on tuberculosis and antimicrobial stewardship. Catherine has worked at Nature Communications since 2020 and joined Nature Medicine as a locum in August 2021. She handles manuscripts in public health and epidemiology. 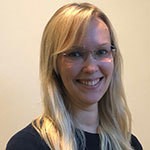 Riikka completed her undergraduate studies in biology at the University of Helsinki, and went on to study tissue-specific regulation of mitochondrial DNA in the context of rare metabolic diseases in her doctoral research. After completing her PhD she joined the Obesity Research Unit at the University of Helsinki and worked on disease mechanisms and treatment targets for obesity and related metabolic diseases. Riikka has been at Nature Communications since 2018, and joined Nature Medicine as a consulting editor in August 2021. She handles manuscripts in the fields of metabolism and endocrinology.