Poor diet plan British health campaigners have pulled to pieces a UK government plan to tackle childhood obesity. The plan includes a levy on high-sugar soft drinks. But the final version, unveiled on 18 August, is significantly weaker than some researchers had hoped. Among the critics is the British Medical Association, which said that the government had “rowed back” on promises to crack down on the problem and instead produced a “weak plan” with “pointless” voluntary targets.

Villagers vote to leave for good People in the Alaskan village of Shishmaref voted on 16 August to abandon their tiny island northeast of the Bering Strait and move onto the mainland because of erosion due to global warming and rising sea level. The Inuit village, containing around 600 people, has already been affected by erosion and flooding, which is expected only to worsen in coming decades. The unofficial vote was 89–78 in favour of moving, but there are as yet no funds to pay for relocation. 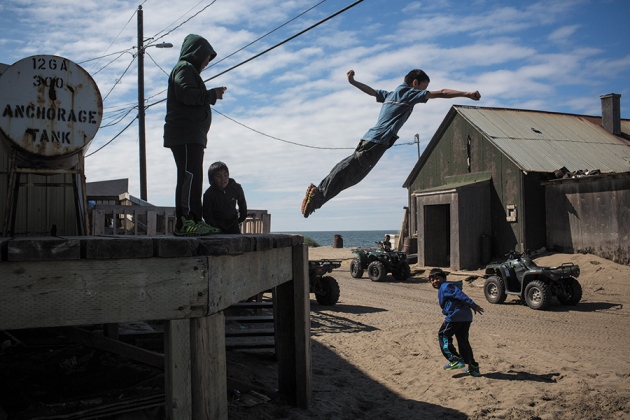 Feverish campaign A logistically challenging emergency vaccination campaign, launched last week, aims to stop the spread of deadly yellow fever in Angola and the Democratic Republic of the Congo. Working with the countries’ health ministries and 56 global partners, the World Health Organization is coordinating the vaccination of 14 million people in more than 8,000 locations, including urban areas and hard-to-reach border regions. Since December, more than 400 people in the region have died in the worst outbreak of the mosquito-borne disease for 30 years.

Hidden Zika risk A medical report from Brazil confirms that Zika virus can be transmitted through a blood transfusion. Two people received platelet transfusions in January from a blood donor who showed no symptoms at the time of donation, but who was later found to have been infected with Zika virus. The two recipients harboured Zika virus RNA that was genetically related to the virus found in the donor, although they showed no symptoms of infection. The findings add to evidence showing another mode of transmission for Zika, which has been shown to be passed from mother to child in utero, and between sexual partners, say the doctors who reported the case on 17 August (I. J. F. Motta et al. N. Engl. J. Med. http://doi.org/bppb; 2016).

Free space for all NASA announced on 16 August that it is granting free public access to any published research funded by the agency. Research data and peer-reviewed publications by NASA-funded scientists will be available for download and reading on the agency’s PubSpace portal within one year of publication. PubSpace was created in response to a 2013 request by the White House Office of Science and Technology Policy. Other US agencies, including the National Institutes of Health and the Food and Drug Administration, are making their research available through the same portal.

Patent thriller Fresh accusations have rekindled the battle over who invented the potentially lucrative CRISPR–Cas9 gene-editing technology. In an e-mail released by the University of California (UC) on 15 August as part of a pending patent case, Shuailiang Lin, a former student at the Broad Institute in Cambridge, Massachusetts, claims that, contrary to the Broad’s claims, the lab built its gene-editing technique on the back of discoveries made at UC Berkeley. The Broad denied Lin’s claims and notes that he used the same e-mail to apply for a job at UC Berkeley. The letter was first reported by the MIT Technology Review.

Greener lorries The US government announced stricter fuel-economy standards for lorries, buses and vans on 16 August. Although heavy-duty vehicles make up only about 5% of traffic in the United States, they account for more than 20% of fuel consumption in the transport sector, and contribute a similar proportion of carbon dioxide emissions. The standards for new vehicles will be introduced gradually, becoming tighter each year over the next decade.

Maiden voyage The world’s largest aircraft made its maiden flight in the United Kingdom on 17 August. The 92-metre-long Airlander 10 (pictured) incorporates lighter-than-air technology, combining characteristics of an airship and an aeroplane. It took off from Cardington Airfield in Bedfordshire and performed a circuit of the area before landing safely 20 minutes later. Its developer, Hybrid Air Vehicles in Bedford, says that the hybrid can travel at a cruise speed of 148 kilometres per hour and stay airborne for up to 5 days. The flight marked the start of 200 hours of flight testing. Airlander 10 is intended to be used for surveillance, communication, aid delivery and even passenger travel. 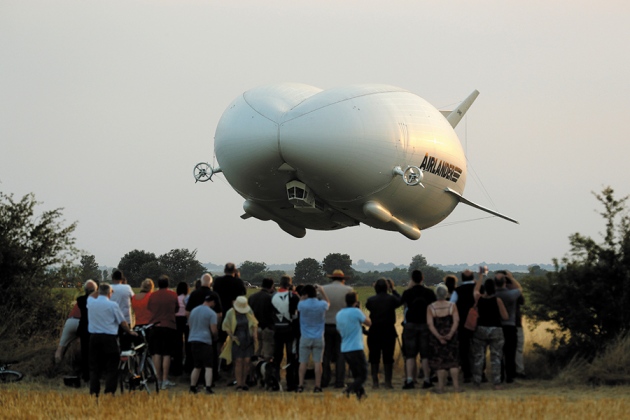 Record hot July July this year was the warmest month since systematic global temperature records began in 1880. It was 0.1 degrees warmer than the previous hottest Julys, in 2015, 2011 and 2009, according to a monthly analysis of global temperatures by scientists at NASA’s Goddard Institute for Space Studies in New York City. July was the tenth record-setting warm month in a row, so 2016 looks set to end up as the warmest year in 136 years of modern record-keeping.

Mind the data Psychologists can now share their data and early results with colleagues before formal publication. On 15 August, a comparative study of personality traits in 8,600 US students was the first paper to be deposited in PsyArXiv, a new preprint server for the psychological sciences (K. S. Corker and B. Donnellan Preprint at PsyArXiv http://osf.io/xeg7y; 2016). Following the example of the successful physics server arXiv, similar online repositories were launched earlier this year for the social sciences and for engineering. A preprint service for chemists will be up and running soon.

Berkeley head quits Nicholas Dirks has resigned as chancellor of the University of California, Berkeley. He did not give a specific reason for his decision, announced on 16 August, but he had been criticized for how he managed the university budget and handled allegations of sexual harassment against faculty members and staff — including complaints filed last year against the astronomer Geoffrey Marcy. Marcy stepped down from his position in October 2015, after the complaints came to light.

Russian gambit On 19 August, Russian President Vladimir Putin appointed church historian Olga Vasilyeva as the country’s science and education minister. Vasilyeva succeeds Dmitry Livanov, who will become presidential envoy for trade and economic relations with Ukraine. During his four-year term as minister, Livanov oversaw a radical overhaul of the Russian Academy of Sciences, Russia’s main basic-research organization. Vladimir Ivanov, a vice-president of the academy, welcomed Livanov’s replacement. Vasilyeva, formerly in charge of public education in religion and history in the presidential administration, told Russian news agency Interfax that religion will not interfere with her work as education and science minister. See go.nature.com/2c1zbq1 for more.

Smallpox fighter Donald Ainslee Henderson, head of the successful campaign to wipe out smallpox, died on 19 August, aged 87. Henderson headed the World Health Organization’s global smallpox eradication campaign between 1966 and 1977. The experience caused him to question the feasibility of other disease-eradication efforts. Smallpox remains the only human disease ever to be wiped out, although decades-long efforts to eliminate polio and Guinea-worm disease may now be nearing completion.

The UK government’s backing of a planned 1.8-gigawatt wind farm off the Yorkshire coast cements Britain’s position as the world’s leading producer of offshore wind power. More than 90% of global capacity is installed off the coasts of 11 European countries. Most of the remaining 10% is installed off China. In 2015, offshore wind accounted for 24% of total wind-power installations in the European Union. Globally, offshore wind represents only about 3% of installed wind capacity. 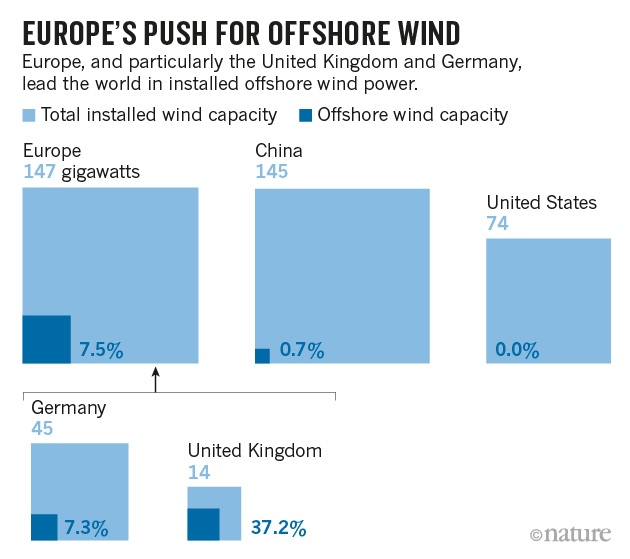 23%
The share of ‘bee-friendly’ garden plants purchased in the United States that contain neonicotinoid pesticides, which are highly toxic to bees. Until two years ago, more than half of garden plants sold by large US retailers were pretreated with the bee-toxic insecticides.
Source: Friends of the Earth