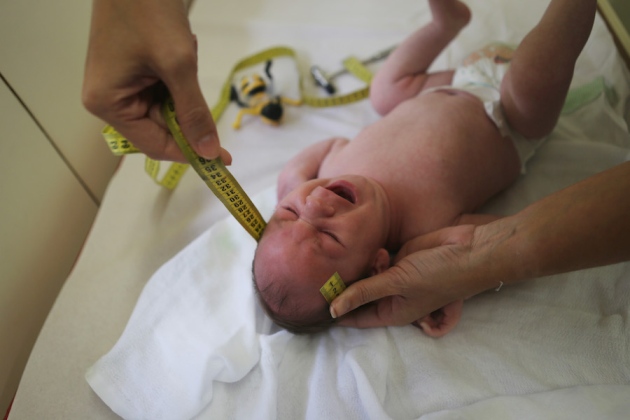 A pediatrician measures the head of a baby with microcephaly in Recife, Brazil. A reported surge in cases has led researchers to hunt for a link to Zika virus infection.

Before October 2015, the few scientists who knew much about the Zika virus could have summed it up in two words: mostly harmless.

That’s still largely true. The virus, which is mainly spread by the Aedes aegypti mosquito, causes no or very mild symptoms in most people who catch it. But last October, northeastern Brazil reported an abrupt rise in the number of babies born with an abnormally small head, a condition known as microcephaly. The timing roughly coincided with outbreaks of Zika months earlier, and since then scientists have been scrambling to find out just how harmful the virus might be to fetuses.

Researchers are piling up evidence at record speed. But much of the epidemiological data from Brazil is poor, largely because a problem was only suspected months after the virus had spread through large parts of the country, and the clinical data so far available are mostly preliminary. Here, Nature summarizes what is — and isn't — known so far about the situation.

The true size of Brazil's surge in birth defects is elusive

Brazil's microcephaly figures are causing no end of confusion. As of 12 March, the country’s health ministry reports 6,398 ‘suspected’ cases of microcephaly and/or central nervous system malformations since November 2015; although only 2,197 have so far been investigated. Of those, 854 have been confirmed as microcephaly, and in 97 cases laboratory tests have confirmed a link with the Zika virus.

What this all means is hard to say, in particular because Brazil lacks reliable historical baselines for comparison. The country is likely to have under-reported its past microcephaly cases. It recorded just 147 in 2014 — around 0.5 cases per 10,000 births — but experts say that they would have expected to see around ten times that number on the basis of typical frequencies seen elsewhere.

'Suspected' cases should be taken with a large grain of salt

Those 6,398 'suspected' cases should be taken with a large grain of salt. In October, Brazil defined a red flag for possible microcephaly as a baby having a head circumference of less than 33 centimetres. Researchers estimated in a Lancet paper last month1 that over the course of a year this could have resulted in some 600,000 suspect cases being flagged for review; most of them small but otherwise healthy babies. In December, Brazil reduced its cut-off to less than 32 cm (which would slash the number to around 200,000), and last week it adopted a World Health Organization recommendation of <31.9 cm and <31.5 cm for full-term male and female babies respectively, which will cut the number of new suspected cases still further.

Organizations that monitor birth defects, such as the Latin American Collaborative Study of Congenital Malformations (ECLAMC), use a stricter criterion for flagging ‘severe’ cases of microcephaly: a baby whose head circumference is more than three standard deviations below the average for their particular age and sex. (Children with heads larger than this usually don’t have brain malformations.)

Brazil is deliberately casting its net wider so as not to miss detecting babies with possible Zika-related birth defects. But this precaution — combined with other sources of uncertainty — means that the numbers of suspect cases reported weekly have little meaning in themselves. The authors of the Lancet paper recommended that agencies stop reporting suspected case numbers and focus on confirmed cases. That call has so far gone unheeded.

Unusually high rates of microcephaly are concentrated in Brazil's northeast

One outstanding question in Brazil is why the epidemiological signal of a link between Zika and microcephaly seems to be strongest only in the northeast of the country.

Researchers from Brazil’s health ministry and the Pan American Health Organization have re-analysed Brazil’s data using ECLAMC's stricter cut-off for microcephaly2. They found that in 15 states with confirmed Zika infections, the prevalence of microcephaly was 2.8 per 10,000 births (compared with 0.6 per 10,000 births in four states without confirmed Zika infections). But that figure is much the same as the average prevalence of microcephaly in Europe, and far lower than the estimated figure of 5.1 cases per 10,000 births in Brazil between 1995 and 2008 that was given in an ECLAMC report published in 2011.

And the observed difference was driven purely by states in the northeast, in particular Pernambuco with 14.62 cases per 10,000 births, and Paraiba with 10.82. “The fact is that an increase in cases, for now, is only detected in the northeast of Brazil,” says Jorge Lopez-Camelo, an ECLAMC researcher based in Buenos Aires. 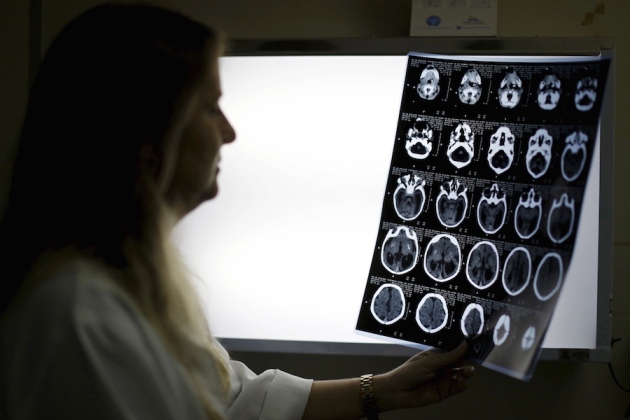 Zika probably can cause severe brain damage in babies...

An increasing number of reports on individual newborn babies, or stillborn or aborted fetuses with microcephaly, show Zika viral RNA at the scene of the crime. One particularly robust study that recovered the Zika viral genome from an aborted fetus provides compelling evidence that the virus can cause severe brain damage3. And clinicians in Brazil say that they are seeing higher levels of unusually severe microcephaly cases.

So the evidence that Zika infection can cause brain damage and defects such as microcephaly is “substantial and accumulating”, as the European Centre for Disease Prevention and Control concluded on 9 March.

Evidence is also mounting for a connection to Guillain–Barré syndrome (GBS), a rare auto-immune disorder that causes muscle weakness and, very rarely, paralysis or death. This is unsurprising, as many common pathogens cause GBS, with by far the biggest risk being one of the most common causes of food poisoning — Campylobacter infections from undercooked chicken. Zika’s only major public health threat would be if it causes widespread birth defects.

... but the magnitude of that risk is not known.

Many viruses can be harmful in individual cases. West Nile virus and Japanese encephalitis virus have been linked in rare cases to adverse birth outcomes, for example — but they are not associated with epidemics of birth defects.

Microcephaly has many causes, such as a group of infections known as STORCH (syphilis, toxoplasmosis, other infections, rubella, cytomegalovirus infection and herpes simplex), or exposure to chemical toxins.

Cytomegalovirus can cause birth defects in around 13% of pregnant women who catch it; while rubella does so in between 38% and 100% of women infected during the first trimester (if they have not been vaccinated).

Whether Zika is as worrisome as these two infections, or whether its risks turn out to be lower, it could still lead to many cases because a large number of pregnant women in the Americas and the Caribbean are likely to become infected with the virus.

Studies to quantify Zika's risks are so far small and preliminary

Preliminary findings from a study of pregnant women in Rio de Janeiro, published on 4 March in the The New England Journal of Medicine (NEJM), made headlines4. The work suggested that 12 of 42 women (29%) who had been infected with Zika during pregnancy had fetuses or babies with birth defects, including one baby born with severe microcephaly. By contrast, ultrasound scans of sixteen pregnant women who tested negative for Zika so far look normal.

Those findings are potentially very worrying — but the study had several weaknesses, including its small size, and that it did not appear to completely exclude other possible causes.

On 15 March, a study in The Lancet5 estimated that around 1% of pregnant women in French Polynesia infected by Zika during the first trimester had babies with microcephaly. That conclusion was based on combing back through medical records, which uncovered a cluster of seven cases of microcephaly recorded in a four-month window in 2014.

Mathematical modelling showed that the cluster is best explained by a risk in the first trimester of pregnancy coinciding with a large Zika outbreak in 2013-14, says Simon Cauchemez, an epidemiologist at the Pasteur Institute in Paris who led the study.

But the work can’t completely exclude causes other than Zika for the microcephaly cluster. The number of cases is also small. And Cauchemez acknowledges that his team doesn’t have good data on the number of microcephaly cases that typically occurred in previous years in French Polynesia. (Still, he says that the clustering of almost all cases in such a short space of time and associated with the Zika outbreak is “striking”).

Brazil's first Zika outbreaks occurred early in 2015, but most of the affected countries in the Americas and Caribbean only started detecting infections in the last three months of the year and the beginning of 2016.

Earlier this month, Colombia, where cases of Zika were first detected last September, saw its first three diagnoses of Zika-linked brain abnormalities and microcephaly in newborns. Alfonso Rodriguez-Morales, who chairs the Colombian Collaborative Network on Zika (RECOLZIKA), says he expects a rise in birth defects to begin in the country in two or three months’time.

Because these countries have had more time to prepare than Brazil, they have been able to plan prospective studies of birth defects – tracking thousands of pregnant women. These should provide more robust data, if, and when, any rises occur. That will be vital to clarifying the extent of Zika’s link to birth defects, or whether other factors (or co-factors) are at play in north east Brazil.

With so little known, public health officials are right to urge action to protect pregnant women from mosquito bites, as a group of researchers pointed out in a 9 March NEJM article6: "Even with limited evidence linking Zika virus to neurologic disorders, the severe potential risks demand decisive, immediate action".