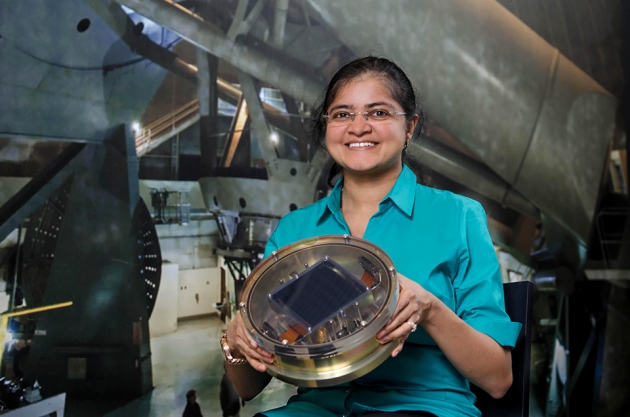 The first direct detection of gravitational waves has opened a new window in physics and astronomy — rewarding a cohort of young researchers who gambled on finding evidence of a phenomenon that had long eluded physicists.

Conceived in the 1970s and built in the 1990s, the Laser Interferometer Gravitational-Wave Observatory (LIGO) has been promising results for decades. On 11 February, it finally delivered, when project scientists reported finding signals of the space-time ripples known as gravitational waves.

Its observations are now poised to reshape ideas about high-gravity environ­ments — such as colliding black holes, exploding stars and the earliest moments of the Universe.

“The big game-changer for me is, we really do have data and we can finally test our theories,” says Samaya Nissanke, an astrophysicist at Radboud University in Nijmegen, the Netherlands.

Nissanke is among the legions of early-career researchers who got into gravitational physics hoping to use data from LIGO and similar detectors. “You have this unique probe into extreme gravity and extreme space-time in a way that really holds your imagination,” she says. “I was hooked.”

LIGO’s first phase ran for years without detecting any gravitational waves, but after a major upgrade in September last year, it took just days to find a signal. That strengthens the belief that it will catch many future waves. Physicists expect each additional discovery to bring fresh insight.

“The fact that this happened right away has really given us a boost,” says Laura Cadonati, a physicist at the Georgia Institute of Technology in Atlanta who oversees LIGO data analysis. But the field did not look nearly so rosy 15 years ago, when Vicky Kalogera, an astrophysicist at Northwestern University in Evanston, Illinois, was calculating how often astrophysical objects such as black holes or neutron stars — the ultra-dense leftovers of exploded stars — merge. Such collisions are thought to be the source of most of the gravitational waves that LIGO was designed to detect.

Kalogera led some of the early calculations to explore how often two neutron stars might collide close enough to Earth for LIGO to spot the ensuing gravitational waves (V. Kalogera et al. Astrophys. J. 601, L179–L182; 2004). Estimates from different groups varied widely, and included some pessimistic scenarios in which LIGO had little chance of ever catching any waves. Kalogera faced a tough decision: whether to stick with gravitational-wave astrophysics or switch to topics that might be more likely to yield actual data.

“I went with my guts when everybody told me it was the wrong career choice,” she says. “Now, it is stunning to actually be in the detection era.”

Surprisingly, LIGO’s first detection did not come from a binary neutron-star system — which are thought to be relatively common, with six known pairs in our Galaxy alone — but from two large black holes. Both were of the order of 30 times the mass of the Sun. “You can start to think of these not just as gravitational-wave sources,” says Nissanke. “They are real astronomical beasts.”

Still, many physicists hold out hope that LIGO and similar detectors will soon catch gravitational waves from merging neutron stars. These incredibly dense stars are impenetrable to ordinary astronomical tele­scopes, which cannot probe beneath their blazingly bright surfaces; researchers must rely on models to extrapolate what is going on inside.

Gravitational waves could change that, yielding information such as the precise sizes of neutron stars and how neutrons pack themselves together so tightly. These answers would come from the details of how the neutron stars spiral towards one another in the last moments before their final merger.

“There’s this potential to learn about the densest stable matter in the Universe, in a way that we’ve been blind to before,” says Jocelyn Read, a physicist at California State University, Fullerton.

When neutron stars merge, they are thought to fuse light chemical elements into heavier ones, which they then spew into the surrounding environment. Such cosmic collisions are the source of many of the heavy metals in the cosmos, including much of the gold that has ever been created, says Mansi Kasliwal, an astrophysicist at the California Institute of Technology in Pasadena.

“We haven’t actually seen explosions that are powerful enough to synthesize these elements,” she says. But when LIGO detects gravitational waves, astronomers will be able to command their telescopes to sweep the part of sky where the waves come from — and, with any luck, will capture a flash of these gold mines in the sky.

Kasliwal is already searching with a wide-field camera on a 1.2-metre telescope at Palomar Observatory in California. Next year, this effort will upgrade to a much bigger camera that can survey the sky 12 times faster. A similar survey in Chile is also expected to come online next year, giving both the Northern and Southern hemispheres a dedicated telescope for following the tantalizing traces of gravitational-wave detections.

Astronomers hope eventually to piece together a more complete picture of how gravitational waves and conventional astronomy come together. It’s like seeing a film in which the combination of images (electromagnetic waves) and sound (gravitational waves) provides a much fuller picture than either could alone, says Alessandra Corsi, an astrophysicist at Texas Tech University in Lubbock. “It feels incredibly exciting to be right at the start of a new era.”