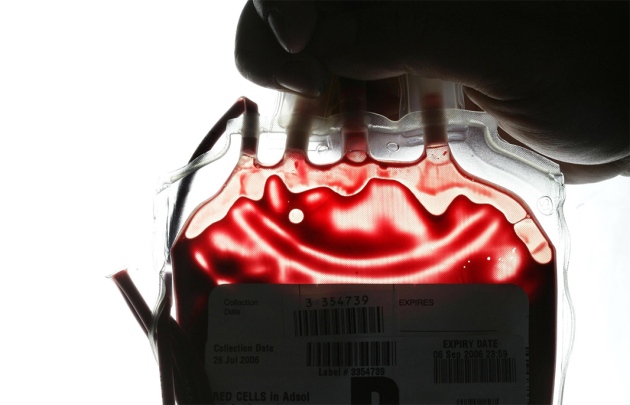 A protein found in young human blood plasma can improve brain function in old mice. The finding, published on 19 April in Nature, is the first time a human protein has been shown to have this effect1. It’s also the latest evidence that infusions of ‘young blood’ can reverse symptoms of ageing, including memory loss, decrease in muscle function and metabolism, and loss of bone structure.

For decades, researchers have studied the effects of young blood on ageing in mice through a technique called parabiosis, in which an old mouse is sewn together with a younger one so that they share a circulatory system.

Until now, the rejuvenating properties of young blood had only been demonstrated in mouse-to-mouse transfers. Nevertheless, the work has inspired ongoing clinical trials by at least two companies in which elderly people are infused with blood from younger adult donors and then tested for physical improvements.

One of the clinical trials is sponsored by a company that neuroscientist Tony Wyss-Coray, at Stanford University in California, is involved with — he's the chair of their scientific advisory board. As part of his work, he and fellow neuroscientist Joseph Castellano, also at Stanford, have started testing plasma collected from the umbilical cords of newborn babies. Their goal is to find out how very young human blood might affect the symptoms of ageing.

Infusing this human plasma into the veins of elderly mice, they found, improved the animals’ ability to navigate mazes and to learn to avoid areas of their cages that deliver painful electrical shocks. When the researchers dissected the animals’ brains, they found that cells in the hippocampus — the region associated with learning and memory — expressed genes that caused neurons to form more connections in the brain. This didn't happen in mice treated with blood from older human donors.

The researchers then compared a slate of 66 proteins found in umbilical cord plasma to the proteins in plasma from older people, and to proteins identified in the mouse parabiosis experiments. They found several potential candidates, and injected them, one at a time, into the veins of old mice. The team then ran the animals through the memory experiments.

Only one of these proteins, TIMP2, improved the animals’ performance. It did not, however, result in regeneration of brain cells that are lost during normal ageing. Injections of human umbilical cord plasma lacking TIMP2 had no effect on memory.

The researchers don’t yet know how TIMP2, which is known to be involved in maintaining cell and tissue structure, exerts its effect on memory. And although it is expressed in the brains of young mice, TIMP2 has never before been linked to learning or memory. Wyss-Coray suspects that the protein functions as a 'master regulator' of genes involved in the growth of cells and blood vessels, and that increasing its levels affects many pathways simultaneously.

“I think it’s a beautiful paper,” says Michal Schwartz, a neuroimmunologist at the Weizmann Institute of Science in Rehovot, Israel. And she is intrigued that the researchers could elicit an effect in the mice without injecting plasma into the brain. Schwartz suspects that TIMP2 may be altering the immune system or metabolism in a way that affects the brain indirectly.

Lee Rubin, a stem-cell researcher at Harvard University in Cambridge, Massachusetts, agrees. In 2014, Rubin — who is on the same company's scientific board as Wyss-Coray — and his lab found that young mouse blood contained higher levels of a protein called GDF11, and that injecting GDF11 into the body stimulated blood-vessel growth in the brain2. They have since found that GDF11 never enters the brain, and suspect that TIMP2 could be indirectly affecting the brain by acting on systems throughout the body.

Pinning down how TIMP2 influences the brain is the next priority, say Wyss-Coray and Castellano. In particular, Wyss-Coray wants to know whether the protein is specifically affecting ageing or general cell health.

“It’s a bit of a black box experiment, because they don’t know what's happening,” says Philip Landfield, a neuroscientist at the University of Kentucky in Lexington. The most promising aspect, he says, is the potential for translating it into a therapy.

Infusions of young plasma — pooled from thousands of donors — could be one potential treatment for age-related diseases, including Alzheimer’s disease. Alternatively, elderly patients may one day receive a cocktail of proteins such as GDF-11 and TIMP2, or drugs that mimic their effects. But developing such drugs would take many more years than treating patients with serum, Wyss-Coray says. “At a big picture level, this [new study] is exciting because it reinforces the notion that there are single, ‘good’ factors in young blood.”