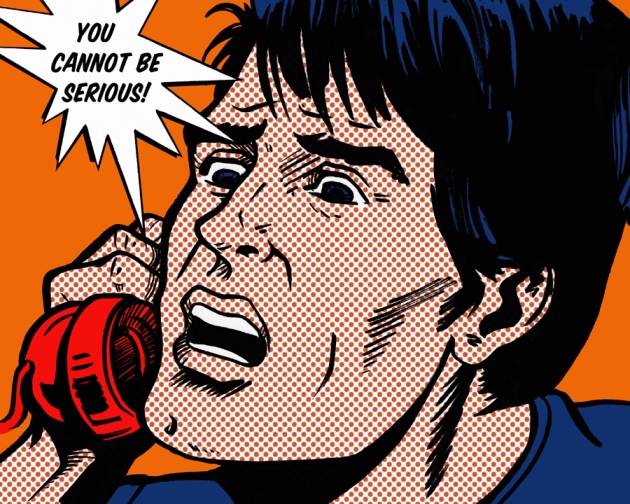 If you think you know what you just said, think again. People can be tricked into believing they have just said something they did not, researchers report this week.

The dominant model of how speech works is that it is planned in advance — speakers begin with a conscious idea of exactly what they are going to say. But some researchers think that speech is not entirely planned, and that people know what they are saying in part through hearing themselves speak.

So cognitive scientist Andreas Lind and his colleagues at Lund University in Sweden wanted to see what would happen if someone said one word, but heard themselves saying another. “If we use auditory feedback to compare what we say with a well-specified intention, then any mismatch should be quickly detected,” he says. “But if the feedback is instead a powerful factor in a dynamic, interpretative process, then the manipulation could go undetected.”

In Lind’s experiment, participants took a Stroop test — in which a person is shown, for example, the word ‘red’ printed in blue and is asked to name the colour of the type (in this case, blue). During the test, participants heard their responses through headphones. The responses were recorded so that Lind could occasionally play back the wrong word, giving participants auditory feedback of their own voice saying something different from what they had just said. Lind chose the words ‘grey’ and ‘green’ (grå and grön in Swedish) to switch, as they sound similar but have different meanings.

After participants heard a manipulated word, a question popped up on the screen asking what they had just said, and they were also quizzed after the test to see whether they had detected the switch. When the voice-activated software got the timing just right — so that the wrong word began within 5–20 milliseconds of the participant starting to speak — the change went undetected more than two-thirds of the time. And in 85% of undetected substitutions, the participant accepted that they had said the wrong word, indicating that speakers listen to their own voices to help specify the meaning of what they are saying. The remaining 15% didn't notice the manipulations, but also didn't seem to notice that the word had changed, and Lind says it is unclear why. The results are published this week in Psychological Science1.

Lind says that he was not surprised that the deception was so successful. When he put himself through the test, even he felt that the speech exchanges sounded convincing — even though he knew exactly when the manipulations were occurring. “When you say one thing but hear yourself clearly saying something else, it’s a very powerful feeling,” he says.

Barbara Davis, who studies speech production at the University of Texas in Austin, says that the work is a creative experiment that offers an “intriguing challenge to the dominant paradigm” of speech pre-planning. But she does not think this means there is no preverbal planning going on. “Naming a colour is different than fluid discourse, it’s a different level of complexity,” she says. “A lot of people would agree that there is both pre-planning and auditory feedback going on.”

Adults who lose their hearing can go for a long time before their speech patterns begin to deteriorate, Davis says, which indicates that auditory feedback is not necessary for speech.

Lind agrees that auditory feedback is not the only factor in play. “If you don’t have it you can still speak,” he says. “But if you do have it, you probably rely on it more than other types of feedback when it comes to determining the meaning of your own words.”