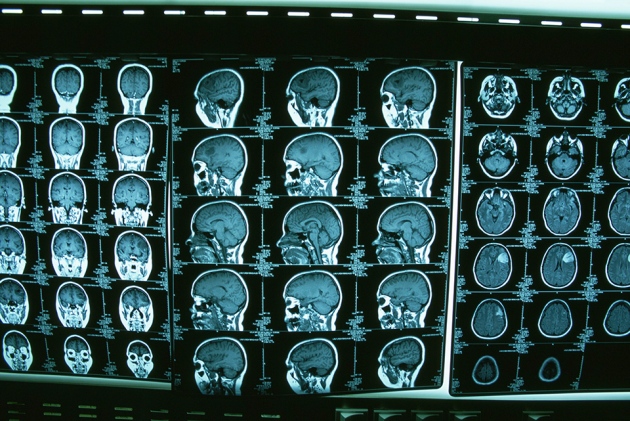 Two heads are better than one: an idea that a new global brain initiative hopes to take advantage of.

In recent years, brain-mapping initiatives have been popping up around the world. They have different goals and areas of expertise, but now researchers will attempt to apply their collective knowledge in a global push to more fully understand the brain.

Thomas Shannon, US Under Secretary of State, announced the launch of the International Brain Initiative on 19 September at a meeting that accompanied the United Nations’ General Assembly in New York City.

Details — including which US agency will spearhead the programme and who will pay for it — are still up in the air. However, researchers held a separate, but concurrent, meeting hosted by the US National Science Foundation at Rockefeller University to discuss which aspects of the programmes already in existence could be aligned under the global initiative. The reaction was a mixture of concerns over the fact that attempting to align projects could siphon money and attention from existing initiatives in other countries, and anticipation over the possibilities for advancing our knowledge about the brain.

“I thought the most exciting moment in my scientific career was when the president announced the BRAIN Initiative in 2013,” says Cori Bargmann, a neuroscientist at the Rockefeller University in New York City and one of the main architects of the US Brain Research through Advancing Innovative Neurotechnologies (BRAIN) Initiative. “But this was better.”

A wealth of ideas

One of several goals for the initiative is the creation of universal brain-mapping tools. Promising experimental tools exist, but labs make their own variations in-house and also tend to run experiments in their own ways. This makes it harder for different teams to collaborate or exchange information. At the Rockefeller meeting, physicist Michael Roukes at the California Institute of Technology in Pasadena noted that the industrial revolution only took off once factories with interchangeable components began replacing companies that had one-off machines. “We’re still in the neuroscience craft era,” he says. “Everyone has their secret sauce.”

Another idea proposed at the meeting is the creation of an International Brain Observatory, with tools such as powerful microscopes and supercomputing resources that scientists from around the world could access — similar to the way that astronomers share telescope time. “If you just give people the basic tools, they’ll do better science,” says Alan Evans, a neurologist at McGill University in Montreal, Canada.

Scientists cheered the idea of a virtual, cloud-based data-sharing resource, analogous to the GenBank genomics resource. It can be difficult to align data as each neurology lab has a preferred method of collecting, formatting and analysing their data sets. But Joshua Vogelstein, a neuroscientist at Johns Hopkins University in Baltimore, proposes a virtual International Brain Station that could automatically convert data from human brain scans or animal gene expression into standardized formats that would allow more people to analyse them.

But many attendees worried that marshalling the numerous proposals under one umbrella could backfire. Existing brain-research programmes have different priorities: Japan and China, for instance, are investing heavily in primate research, whereas the United States tends to avoid it for ethical reasons. The European Union’s flagship Human Brain Project (HBP) is focused on understanding the basic science of how the brain works, whereas Canada is mainly interested in creating technologies that can be applied to medicine.

Other concerns expressed at the US-led Rockefeller meeting, intended to marshal support and ideas for the new International Brain Initiative, felt that some attendees were ignoring existing resources. Canada’s nine-year-old CBRAIN programme serves as a clearinghouse for data and methods, and is already used by neuroscientists in 22 countries and the HBP. But Evans says that it is similar to the International Brain Station proposed at the Rockefeller meeting. “It’s like, let’s reinvent the wheel,” he says.

Others worry that the supposedly global initiative would exclude developing countries. “If the only way to do international is for each country to put in $300 million, that will not be international,” says Sandhya Koushika of the Tata Institute of Fundamental Research in Mumbai, India.

Although smaller countries cannot afford to map a marmoset brain, as Japan is doing, Koushika says that they could contribute to resources with patients, model organisms and efforts to design more affordable technologies.

Bargmann says that the point of the Rockefeller meeting was to get a sense of the kinds of programmes already out there, and notes that future meetings will be more focused once they know who will participate.

Overall, scientists are hopeful that this new global initiative will enable them to take brain mapping to the next level. Because several brain research projects have been around for a while, it's easier to compare their strengths and weaknesses and begin to talk pragmatically about what we need to align them, says Christoph Ebell, executive director of the HBP.  “I think it is the right moment.”