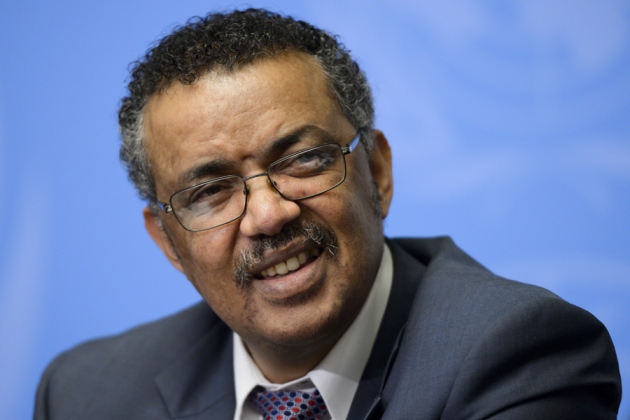 Tedros Adhanom Ghebreyesus, from Ethiopia, is the World Health Organization's next director-general.

The World Health Organization (WHO) has its first director-general from Africa. Ethiopia’s Tedros Adhanom Ghebreyesus will take the top post at the agency from 1 July — succeeding Margaret Chan — after winning a 23 May vote by WHO member states at the World Health Assembly, their annual gathering in Geneva, Switzerland.

Tedros is a public-health expert who has formerly been both a health minister and a foreign minister in Ethiopia’s government, and he will lead the WHO for a 5-year term. He takes the helm troubled times: the WHO’s core budget — its dues from its members — is falling, and it is now dangerously dependent on the voluntary contributions that make up the vast bulk of its spending and often come with strings attached by donors. The agency has also often been criticized for its complex, bureaucratic and ineffective management structure.

Chan has spent a decade (two terms) in office. Her leadership was criticized in 2014, when the agency was slow to respond to the Ebola epidemic in West Africa. That prompted several outside reviews and ongoing reforms of ways the organization responds to disease outbreaks.

Widespread horse-trading between the WHO’s member states was expected during the secret ballot for the director-general position, at which new voting rules were applied. Previously, the post was picked by members of the WHO’s Executive Board, a group representing 34 of the member states, and then rubber-stamped by the assembly. But in the new election, all member states have a single vote — giving small countries such as the Pacific island nation of Tuvalu the same voting weight as China or the United States.

Tedros’s victory was announced after around four hours of voting. He defeated the United Kingdom’s David Nabarro — a physician who has led the United Nation’s response to Ebola, bird flu, cholera in Haiti and other health crises — in a final vote-off. The third contender, Pakistan’s Sania Nishtar, a physician cardiologist and a former health minister, was eliminated in the first round.