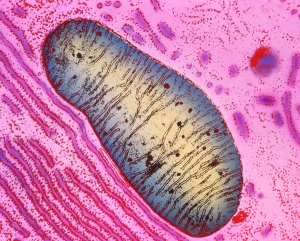 Disease-causing mutations can be carried by mitochondrial genes, outside the cell's nucleus.

The United Kingdom has moved a step closer to legalizing reproductive-gene-therapy techniques that could prevent children from inheriting certain genetic diseases caused by faulty mitochondria, the cell’s energy-producing structures.

The UK Human Fertilisation and Embryology Authority (HFEA) today voted to advise the government on the regulation of the techniques, which are meant to prevent the inheritance of dysfunctional mitochondria — which carry DNA outside of the nucleus — from mothers whose nuclear DNA is healthy. The procedures involve transferring the nucleus of an egg cell with diseased mitochondria to a healthy donor cell.

The HFEA decision follows a public consultation on the science and ethics of the procedures that was launched last September. The government must next decide whether to write legislation to legalize the procedures. Parliament would then need to pass the law. The HFEA would probably get the final say before the first procedures go forward. No other country has legalized the procedures, which combine in vitro fertilization with egg-cell transfer.

“We’ve done our work, now the work of the government begins,” said HFEA chairwoman Lisa Jardine after a meeting to consider the public consultation in which no HFEA members raised significant objections to moving ahead. The consultation involved public meetings, focus groups, questionnaires and other outreach methods. It found broad public support for allowing the procedures to be used to prevent serious diseases.

Approximately 1 in 5,000 women carry mutations in their mitochondrial DNA that put their children at risk of inheriting mitochondrial diseases, including some forms of muscular dystrophy and diabetes. The two techniques being investigated — maternal spindle transfer (MST) and pronuclear transfer (PNT) — have been tested in animals, including mice and macaques, and in human cells.

A scientific review conducted as part of the consultation found no evidence to suggest that the techniques would be unsafe in humans. The review recommended extra experiments, including work already under way to test PNT in healthy human egg cells (such experiments for MST were published last year)1. The review also called for experiments to study the possibility that a small number of a mother’s faulty mitochondria could be carried over during the transfer and then be replicated enough during development to cause disease.

The HFEA’s recommendations to the government begin to spell out how the procedures would be regulated. The HFEA wants the authority to license the clinics that perform the procedures and, initially at least, to approve each use. On the basis of the public consultation, the HFEA recommended that donors and the children conceived through the procedures would receive only limited information about each other, and not their identities. Jardine estimated that only a handful of women would be candidates for the procedures and emphasized that the first trials are still likely to be years away.

"I have a small number of patients for whom this technique is applicable and for whom this is a real opportunity to have a genetically related child without a devastating disease," says Shamima Rahman, a paediatrician and scientist at University College London's Institute of Child Health, who treats patients with mitochondrial diseases. But more research into the safety and effectiveness of the procedures is necessary before trying them on patients.

Rachel Kean, a 24-year-old from London who has been diagnosed with a condition called mitochondrial encephalomyopathy, lactic acidosis and stroke-like episodes (MELAS) syndrome, hailed the decision. “This is incredibly positive and something to be celebrated,” she says.