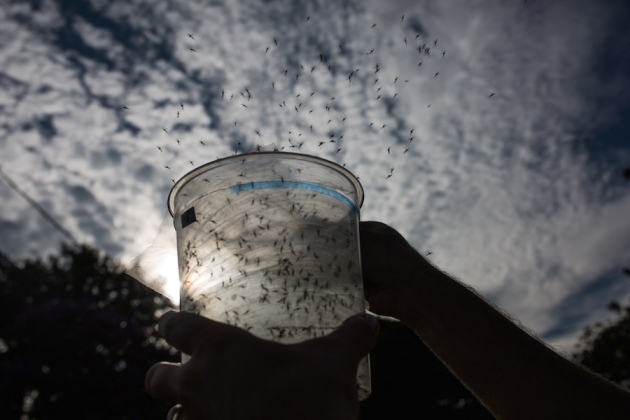 A biologist releases Oxitec's genetically-modified mosquitoes in a field-trial in Piracicaba, Brazil, in February, 2016.

The UK biotechnology firm Oxitec has been waiting two years for permission to sell genetically modified mosquitoes to battle dengue fever in Brazil. But the company now knows that it will have to wait a good while longer before it can sell its insects for release in Brazilian municipalities.

After much deliberation, Brazil’s health-regulatory agency, Anvisa, declared on 12 April that it would regulate Oxitec’s mosquitoes — effectively, classing them as a novel medical technology. Anvisa says that it is now creating a legal framework that could pave the way for the commercial release of the GM insects. For that to happen, it wants Oxitec to demonstrate not only that its technology is safe, but also that it can reduce the transmission of mosquito-borne viruses.

Oxitec’s Aedes aegypti insects carry a gene that causes their offspring to die young. The release of millions of the male GM mosquitoes could, the firm hopes, cause population crashes in the wild mosquito population that spreads dengue and Zika virus. (The technique is not the only proposal put forth to reduce mosquito populations: others include technology known as gene drives, or the release of mosquitoes infected with a bacterium that stops dengue virus from replicating.)

The company says that it has already shown that its insects are safe, and that releasing them can cause A. aegypti populations to plummet. But it has not yet published evidence that this effect definitely reduces disease. Anvisa declined to tell Nature whether it had a timetable for a final verdict concerning commercial release, or what data on safety and efficacy it would require.

Oxitec’s evidence comes from earlier field trials that it has run in Brazil and elsewhere. In 2014, Brazil’s national biosafety body, CTNBio, which is responsible for regulating transgenic organisms and approved the Brazilian trials, declared the mosquitoes safe for commercial release.

Since that decision was made, clamour to release the mosquitoes as a commercial product has grown. The recent spread of Zika virus through Brazil has further fuelled support for novel weaponry against its carrier, A. aegypti. 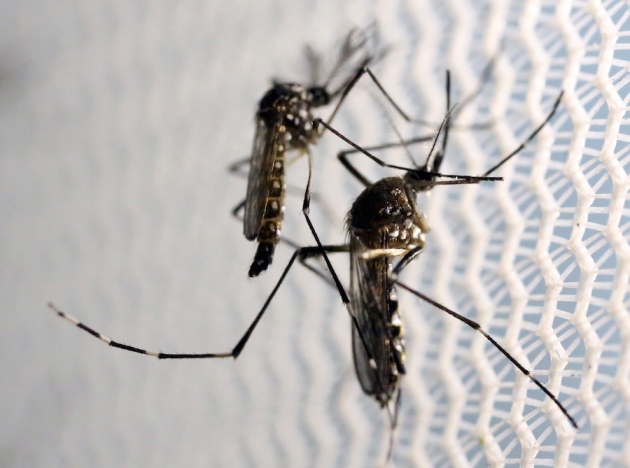 But some scientists and environmental groups have argued that the transgenic mosquito's environmental safety isn't certain, despite CTNBio’s clearance. And uncertainty over Anvisa’s potential regulatory role has stalled any progress.

Oxitec says that Anvisa’s latest decision puts its trials on a surer footing (if only because the involvement of Brazil’s health regulator may assuage earlier criticism of CTNBio’s decision-making). Anvisa says that it has given the firm a temporary license to run research trials. “The important point is that things are moving along again,” says Glen Slade, the firm’s head of business development in Brazil.

Last year, the company published a paper showing that its release of GM mosquitoes in a suburb of Juazeiro, in Bahia state in Brazil, could — at least for a season — reduce the population of wild-type A. aegypti by as much as 90%1. It argued that the sustained release of transgenic insects “would likely be sufficient to prevent dengue epidemics in the locality tested”.

Pedro Antonio de Mello, municipal secretary of health in Piracicaba, in the state of São Paulo, says that a similar trial conducted by Oxitec in his city has provided some real evidence of a decrease in dengue cases, although this has not yet been published. In a small, 5,000-person neighbourhood within Piracicaba in which transgenic mosquitoes were released, confirmed cases of dengue have fallen from 132 in the 2014–15 dengue season to just 4 in 2015–16 so far. Detailed epidemiological data from the trial is expected to be made public later this year, he says.

A new batch of GM mosquitoes will be released in Piracicaba in the next few weeks, in a more populated area. Other cities in Brazil’s northeast region may also receive batches of transgenic mosquitoes in the near future, Slade says, but he did not say which.

Oxitec is in the early stages of planning a study that could prove that the GM mosquitoes reduce viral transmission, but it could be a “multimillion-dollar endeavour” that takes several years, says Simon Warner, the company's chief scientific officer. The idea would be to choose multiple test sites and run the mosquito intervention in half of them. By monitoring dengue (or Zika) infections with blood tests, it should be possible to show whether targeted areas see a significant reduction in disease. Warner says that he is working on the trial design, but that there is no clear timetable for it yet; the firm would need partnerships with medical scientists, community engagement and evaluation by ethics committees.

Even if the transgenic mosquitoes can be proven to reduce dengue or Zika infections, it is possible that natural selection could reduce their effectiveness. Females could develop a preference for wild-type A. aegypti males — stopping the company's currently furthest-developed lineage of GM insects (called OX513A) from spreading in the wild.

“It’s hard to say if this lineage is going to solve the problem once and for all,” says Margareth Capurro-Guimarães, a molecular biologist at the University of São Paulo, who was part of the team that released GM mosquitoes in Oxitec's first field trials. “We need to keep on working to breed improved lineages — it’s ultimately a moving target.”