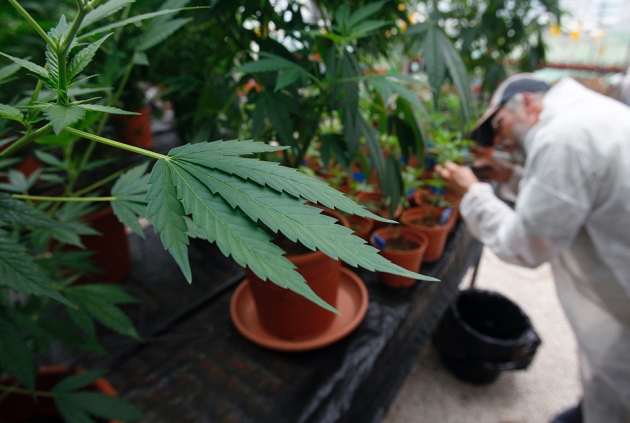 US researchers want better marijuana — for scientific purposes, of course.

Scientists and medical researchers in the United States have been studying the health benefits and risks of marijuana for decades. But despite the increasing availability of legal marijuana, scientists have been forced to obtain the drug from a single source — the University of Mississippi in Oxford, which grows pot for research on a campus farm under a contract with the National Institute on Drug Abuse (NIDA).

Now, the university’s monopoly is coming to an end. In an unexpected move, the US Drug Enforcement Administration (DEA) announced on 11 August that it will allow any institution to apply for permission to grow marijuana for research. Nature explains how the policy could transform the study of marijuana.

Why do researchers want to study pot — and how do they get it?

Researchers have been extracting cannabinoids — chemical compounds found in cannabis — and developing strains of varying strength to test whether they could alleviate chronic pain and treat or mitigate the effects of ailments such as seizures and other neurological disorders.

But because the federal government still classifies marijuana as a drug with no medical use, scientists have faced a time-consuming process to obtain pot for research from NIDA. Those who conduct clinical research also need to seek approval from the Food and Drug Administration.

Why does relying on a single grower limit research?

Approved medical-marijuana consumers may buy pot from dispensaries in more than half the country, and recreational marijuana use is permitted in a few states. But researchers are limited to the handful of strains grown by the University of Mississippi farm.

Some of the Mississippi-grown strains have lower concentrations of tetrahydrocannabinol, the active ingredient in pot, than the marijuana available to the public — making studies that use these varieties of the drug less applicable to typical consumers.

Why is the US government increasing the number of approved growers?

The DEA says that the change is motivated by a high demand from scientists and a desire to encourage research on pot. “Additional growers mean additional varieties will be available to address the diversity of research needs,” said NIDA director Nora Volkow in a statement.

For decades, research supported by NIDA focused on harmful health effects and the risks of marijuana use. But in recent years, research has uncovered possible health benefits as well. These include the drug's anti-inflammatory effects and its therapeutic role in treating epilepsy and other neuropsychiatric disorders.

“It’s an incredible pleasure to see the DEA let the science speak for itself,” says Rick Doblin, director of the Multidisciplinary Association for Psychedelic Studies, a non-profit organization in Santa Cruz, California, that funds research into these drugs.

How will the new rules work?

Anyone who has a research protocol approved through the Department of Health and Human Services can apply to become a federally authorized marijuana grower, says Rusty Payne, a spokesperson for the DEA in Washington DC. “We’re expecting a lot of applications,” he adds.

As more growers pop up in other places, researchers will no longer have to go through NIDA to obtain the marijuana and cannabinoid extracts that they require for their work. The hope is that this will facilitate more-thorough clinical studies and make it possible for researchers to identify the most effective strains for particular treatments.

Scientists are excited about the policy announcement. “NIDA monopoly finally gone,” tweeted Sunil Aggarwal, a New York City-based physician who studies cannabis use in hospice healthcare. “1 big brick in federal govt wall around cannabis being knocked out,” he added.

Will this decision affect the push to legalize marijuana across the country?

The policy change could help to remove a key obstacle to the legalization of marijuana. Research was previously stalled by small trials and experiments, for example, because researchers were limited to testing drugs with only a handful of people. Once drugs, including cannibinoids, can be administered to larger groups of people, and their effectiveness and safety confirmed, medicinal treatments of marijuana could become more widely approved and accepted.

“Widespread approval of medical marijuana in many states may have persuaded the federal agency in their decision-making process,” says Trevor Castor, head of Aphios, a company in Woburn, Massachusetts that has NIDA funding to develop a process for manufacturing cannabinoids. Castor thinks that national legalization will follow. “But,” he says, “I’m not sure when.”

One obstacle for advocates of legalization is opposition by some corners of the federal government. On 11 August, the DEA reaffirmed its classification of cannabis as a dangerous substance, which puts the drug in the same regulatory category as LSD, meth and heroin.