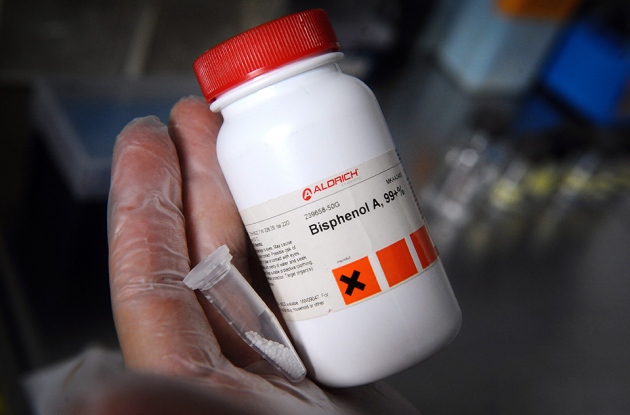 Bisphenol-A, a chemical used in some plastics, is among the substances that the EPA wants to review for safety.

The US Congress is poised to overhaul the law that governs the introduction and use of chemicals, in one of the most significant changes to the country's environmental regulation in decades. The update to the 1976 Toxic Substances Control Act (TSCA) comes after more than 10 years of debate, and many failed attempts to revamp the law.

The US House of Representatives passed the bill with overwhelming bipartisan support on 24 May. The Senate is expected to approve the measure this week, clearing the way for US President Barack Obama to sign it into law.

Nature takes a look at the implications of the historic deal, which will give the US Environmental Protection Agency (EPA) new power to ensure that chemicals — both old and new — are safe.

Why amend the current law?

Critics of the TSCA have long complained that the law effectively ties the EPA’s hands, preventing the agency from examining the safety of known chemicals and making it difficult to ensure that new ones do not pose undue health hazards.

It requires companies to register new chemicals before they are used in products and industrial processes, but the default assumption is that all chemicals are safe. Unless the EPA can show that a given chemical poses an unreasonable risk to human health or the environment, that chemical is automatically approved for use. Companies do not have to provide the agency with much information about their chemicals, and the EPA cannot require industry to conduct additional research without solid evidence that a chemical poses a health risk.

How many chemicals does the EPA regulate?

Companies introduce about 700 chemicals into the marketplace each year. And 40 years after the TSCA became law, the EPA’s chemical inventory lists 85,000 substances. But nobody knows exactly how many of these chemicals are still in use.

The EPA has identified 90 chemicals that merit further investigation, and possibly regulation. But only about 2% of the chemicals in use today have undergone a safety review by government scientists, according to the Environmental Defense Fund, a watchdog group in New York City.

So, what will change?

In short, everything. Once the TSCA is amended, the EPA will have the authority to ask questions, seek more information and even require companies to conduct additional studies to ensure that chemicals are safe.

The US law requires less information about chemicals up front than Europe's pioneering chemical-safety legislation, but the two regulatory approaches should have similar results, says Richard Denison, a biochemist who tracks chemical safety for the Environmental Defense Fund.

“The EPA now has to make an affirmative finding that a chemical is safe in order for that chemical to go on the market,” he says. Moreover, Denison notes, the legislation allows the EPA to determine the risks posed by a chemical without considering the economic implications of that decision.

The revised law will also restrict companies’ ability to withhold information about chemicals from the public by arguing that the data are a trade secret. Whereas most claims for confidentiality sail through under the current law, Denison says that the amended statute will require firms to provide detailed explanations for why the information they submit to the EPA should remain secret.

This change, along with the EPA's newfound ability to review more chemicals, will give researchers and the public greater access to information about chemicals in the environment.

How did the new bill arise?

Lawmakers in Congress have debated whether — and how — to revise the TSCA since at least 2005. But repeated efforts to overhaul the law failed as politicians debated how to expand the EPA’s authority to regulate chemicals without stifling commercial innovation.

The chemical industry initially opposed efforts to reform the TSCA, but gradually changed its position as state and international chemical regulation expanded. When a Republican proposal to amend the TSCA gained momentum in 2013, Democrats began to join the effort and a compromise slowly emerged.

The House passed its own TSCA reform bill in June, and the Senate approved its bill legislation in December. For months, lawmakers have been hammering out a compromise measure that blends aspects of the House bill with the major components of the Senate legislation.

The result is a deal with broad bipartisan backing in Congress, and endorsements from the White House and industry. Many environmental groups have expressed cautious support for the legislation, but remain concerned about its recommended funding levels, the continuing requirement to consider costs when developing regulations, and provisions that could allow the federal government to override state regulation of chemicals.

After the bill is enacted, the EPA will draw up rules for its new review process, which includes determining the fees that companies will need to pay to submit chemicals for government review. The legislation allows the agency to collect up to US$25 million per year in fees to supplement its budget for chemical regulation, which is intended to cover roughly one-quarter of the total programme cost.

The EPA must also figure out which of the 85,000-odd chemicals in its inventory are still in use. The agency will survey companies that make and use chemicals to revise its list. Once that’s done, agency scientists can go through the list and prioritize those chemicals that merit a safety review.

The US Senate approved the TSCA reform bill on 7 June via voice vote. The measure now heads to President Barack Obama, who is expected to sign it into law.