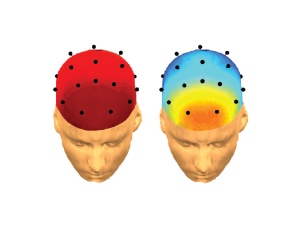 Ageing is associated with the gradual loss of brain cells, sleep disturbances and declining memory function, but how these factors are related to each other has been unclear.

Neuroscientist Bryce Mander at the University of California, Berkeley, and his colleagues recruited 33 healthy adults — 18 around the age of 20, and 15 ranging from late sixties to late seventies — all with normal mental function, and asked them to memorize a list of word pairs.

In keeping with earlier studies, the older adults performed less well than the younger ones on the memory test, and showed significant reductions in the slow brain waves associated with deep sleep.

The extent of deep-sleep disruption was related to the degree of memory impairment, with those exhibiting the least slow-wave activity performing the worst. These differences were also associated with a reduction of grey matter in a part of the brain called the medial prefrontal cortex.

“We’ve known for decades that sleep is disrupted in older adults, but we didn't know why,” says Mander. “Our findings show that brain deterioration, bad memory and bad sleep are not independent, but instead are significantly interrelated.”

It is well established that sleep strengthens newly formed memories, and slow brain waves are thought to enhance the transfer of information from the hippocampus, a brain structure that is crucial to memory formation, to other parts of the brain for long-term storage.

Mander and colleagues' findings suggest that deterioration of the medial prefrontal cortex diminishes the slow waves that occur during deep sleep. Consequently, the older participants were less able than the younger ones to solidify their memories of the word pairs.

“This study provides valuable insight into the relationship between sleep and cognition,” says Roxanne Sterniczuk, a neurophysiologist at Dalhousie University in Halifax, Canada. However, she urges caution because the observed anatomical differences may be indicative of early neurodegeneration, rather than simply a natural loss of volume.

“The inability to examine the participants’ brains for pathology is a major limitation,” she adds. “It would be interesting to follow the older adults over time, or add a dementia group and compare the differences.”

“Sleep disruption is even more pronounced in Alzheimer's,” says Mander, “so a good next step will be to see if sleep disruption in these populations is associated with their memory symptoms. If so, targeting sleep may reduce some of their deficits.”