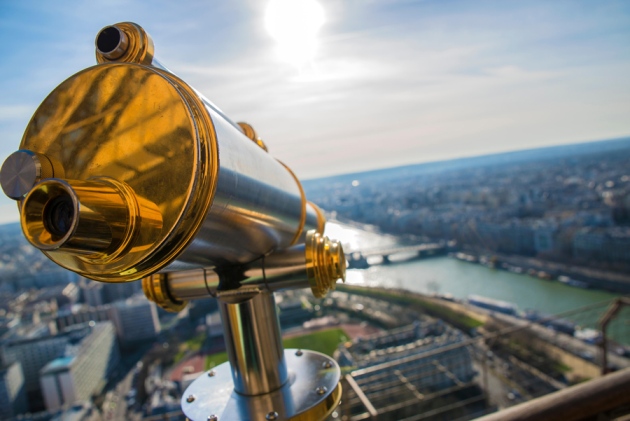 A view of Paris from the Eiffel Tower. British universities have been invited to eye up campuses in France — but a rush across the Channel is unlikely.

A consortium of academic institutes near Paris is hoping to lure British universities to create research campuses in France, dangling as bait the possibility of access to European Union research funds after Brexit.

Some UK institutions aren’t ruling out the idea. But a rush to create outposts in France seems unlikely for the moment, one UK policy expert thinks — largely because it’s still too unclear what British institutes will lose from Brexit, and what they would gain by moving campuses to Europe.

British newspapers splashed headlines on the plan this week, which was floated by the 'University Paris Seine’ consortium, a cluster of 15 academic institutions at Cergy-Pointoise, about 40 kilometres north-west of Paris. It has earmarked €200 million (US$210 million) for a planned expansion by 2020, including three new facilities. On 14 February it press-released a direct overture to UK universities to join the cluster “at a time when Brexit brings uncertainty over the academic relations between British higher education institutions and their European partners”.  Universities have five months to send in preliminary ideas.

Simple geographical proximity could help French and British scientists work more effectively if Brexit makes existing research ties harder to maintain, says Jean-Michel Blanquer, dean of the ESSEC Business School, which is part of the consortium. But the thought that Brexit might leave UK scientists unable to apply for funds in European research programmes is the main point of the appeal.

The idea is that a UK institution's overseas campus would be registered under French law, potentially making it eligible for EU funds — although their use might be restricted to the staff on the French campus and not include those back in Britain. “The fact that our UK partners would be registered in France could make it easier to obtain EU funds for our joint projects after Brexit,” Blanquer says.

He and François Germinet, president of the University of Cergy-Pontoise (another of the 15 institutions in the Paris Seine consortium), have been to the United Kingdom to discuss the idea informally with institutions including Oxford and Warwick universities.

“We wanted to test the waters and make sure that our idea was not considered absurd,” says Germinet. “My contacts didn’t say they would definitely come to Paris, but they said our idea was very, very good and corresponded exactly to their reflection on how to position themselves rapidly for a post-Brexit Europe,” he adds.

No European rush yet

After the media attention, the University of Oxford quickly poured cold water on the idea. “We have received constructive & helpful proposals from EU colleagues since the Brexit vote. We are not, however, pursuing a campus overseas,” a spokesperson wrote on Twitter.

The University of Warwick released a statement saying only that it was “interested to see” how the Paris consortium plans evolve “and how they might also involve partner universities from across Europe”.

Nick Hillman, director of the Oxford-based think tank the Higher Education Policy Institute, says it’s very unlikely that UK universities will rush to build European campuses. At the moment there is huge uncertainty over the possibility of accessing European research funding after Brexit, coupled with domestic confusion around proposed sweeping policy changes to UK higher education.

“Nobody really knows what Brexit means yet. It would be very odd to get a decision at a time of uncertainty to invest what could be tens of millions abroad,” he says. For instance, it is not clear whether simply having a foreign campus would allow a UK institution access to EU research funds.

“The other question is: if you were going to do it, would you do it in France?” Hillman says. At French universities, staff are civil servants and courses have to be signed off by the government — which Hillman thinks would not sit well with the independence traditionally enjoyed by UK universities.

Still, Blanquer says that since last week’s call for proposals the consortium has received e-mails from four other UK universities expressing an interest in the idea and asking for more information. He declined to identify them.